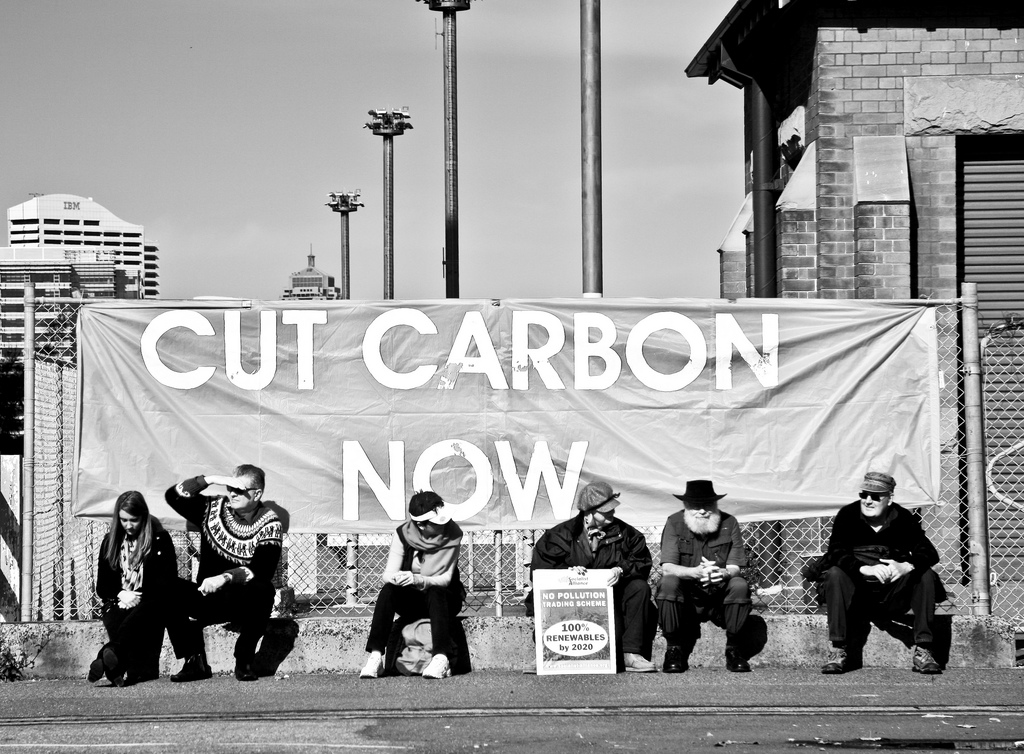 A call for greater economic sharing has long been at the heart of the international debate on climate change and sustainable development.

The crux of the issue is how to ensure that the world’s finite resources are consumed fairly and at a rate that does not exceed the regenerative and absorptive capacity of the biosphere. Whether discussed in terms of ecological footprints or ‘fair shares' in a world of limits, all people should have an equal right to share the earth's resources without irreversibly damaging the planet or depriving future generations of access to these resources.

To date, governments have abysmally failed to agree on a policy framework for capping carbon emissions and equitably sharing the remaining ‘carbon space’ of the atmosphere among all nations. But climate change and environmental pollution is only one aspect of a much wider ecological crisis that has resulted from our over-exploitation and degradation of the natural world. Approximately 60% of the planet’s ecosystems have been significantly degraded by human activity in the past 50 years, which starkly indicates the rapid loss of biodiversity worldwide that is threatening human well-being and civilisation as we know it.

Humanity is currently consuming natural resources at a rate 50% faster than the planet can replenish them, and as a result we already require the equivalent of one and a half planets to support today’s consumption levels. Yet demand for resources of all kinds is increasing exponentially, especially for food, oil, land and water. Hence the issues of resource scarcity and environmental limits have risen up the global agenda in recent years, and are becoming ever more pressing due to both a growing population and rising affluence in emerging economies.

However, the challenge of sharing the planet's resources is inherently linked to the huge imbalances in consumption patterns across the world. Currently, the wealthiest 20% of the world's population - most of whom live in rich countries - consume 80% of global resources, and are therefore responsible for the vast majority of climate change and environmental destruction. Meanwhile, the poorest 20% of the population lack sufficient access to essentials such as food, clean water and energy, and account for just 1.3% of global resource consumption. It is also the poor that suffer disproportionately from the harmful effects of climate change and resource depletion, which further contributes to growing inequalities and often increases poverty and social conflict.

This leads to serious issues around fairness and equity in the discussions around planetary boundaries and sustainable limits. If the world's finite resources are to be made accessible to all people but consumed at a sustainable rate, high-income countries will clearly have to reduce their use of natural resources considerably in order to enable poorer nations to grow their economies and improve their material standard of living. At the same time, poor countries will have to aim towards a less materially intensive model of development than compared to today’s industrialised nations, in accordance with international environmental objectives.

There is no way around this basic adjustment needed to achieve equity-based sustainable development, which will ultimately require reconceptualising notions of prosperity and wholesale economic reorganisation. Creating a sustainable and just world will remain impossible to achieve unless we change patterns of production and consumption that deplete natural resources, erode biodiversity and pollute the atmosphere, and until we place the rights of Mother Earth before commercial interests. Such a transformation may seem unachievable within the current political and economic context, but the certainty of irreversible damage to the Earth’s life-support systems leaves the international community with one remaining option - to place economic sharing and environmental stewardship at the forefront of policymaking and global governance.

Report: Financing the global sharing economy, part two (2): end fossil fuel & biofuel subsidies
This section of the report Financing the Global Sharing Economy focuses on ending government support for fossil fuels and biofuels. The text below...
Article: Moving beyond the corporate vision of sustainability
In light of ongoing global negotiations on pressing environmental issues, it’s time that efforts to curtail the excessive influence of multinational...
Article: The climate deal sham: only sharing can break the deadlock
The recent climate talks in Doha were held as if in an alternative reality to distressing developments across the world. But there still remains hope and...
Report: Financing the global sharing economy, part three (8): tax carbon emissions
This section of the report Financing the Global Sharing Economy argues that civil society must step up their advocacy for carbon taxes. With time for...
Article: Equity + sustainability = sharing globally
At a time when the risk of civilizational collapse is widely forewarned, it is time to recognise that the call for sharing is a cause that can unite...
Article: This House puts combating climate change before economic growth
The endless pursuit of economic growth is unsustainable, unjust and the root cause of climate change. We need a new economic paradigm built on the...
Printer-friendly version