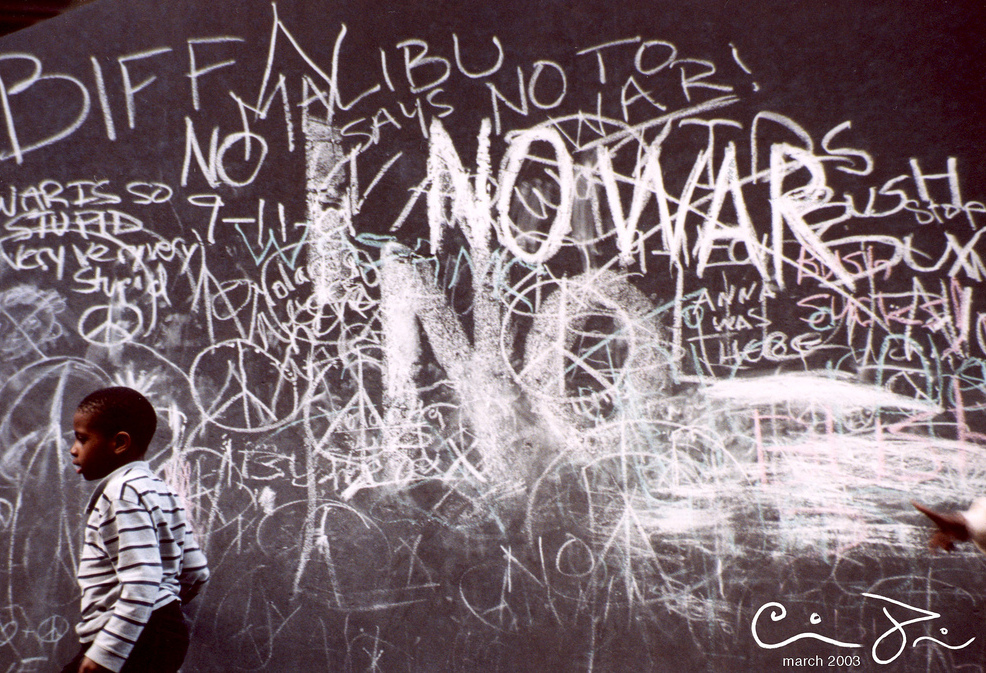 An alarming consequence of humanity’s continued failure to share resources is the escalation of interstate conflict over land, fossil fuel reserves and other key industrial materials.

Almost every government now assigns a great strategic significance to resource security, particularly in relation to oil and gas supplies. The result is a new global landscape in which competition over vital resources is becoming the governing principle behind the accumulation and deployment of military power. With the proliferation of nuclear weapons continuing unabated, however, any intensification of the struggle to secure the world’s untapped natural resources increases the likelihood of a catastrophic war among the major industrial powers.

The need for a vigorous military role in protecting energy assets abroad has long been a presiding theme for many of the world’s nations, and remains increasingly central to both foreign policy and national security strategies. Between 1965 and 1990 alone, 73 civil wars over resources occurred in which more than a thousand people a year died, and at least 18 international conflicts have been triggered by competition for resources since then. Many analysts also maintain that securing key resource interests was a key factor justifying intervention in the Persian Gulf War in 1991, as well as the invasion of Iraq in 2003.

Even today, the possibility of future violent conflict grows as nations race to control oil and gas reserves in the Arctic, the East and South China Seas, around the Falkland Islands and elsewhere. As governments continue on their current trajectory of aggressively competing to control the planet’s scarce natural resources, a number of factors all but guarantee a further escalation of violent conflict in the immediate future. This includes a growing world population and a rapidly expanding consumer class in developing countries, which is spurring an enormous increase in demand for energy and raw materials. The impact of climate change will also further exacerbate resource scarcity by dramatically constraining access to food, water, land and other vital resources over coming decades.

Despite a distinct lack of public debate on this issue, there can be little doubt that a viable resource security strategy for the 21st century must be based on an alternative framework of international cooperation and resource sharing rather than national self-interest and recurring conflict. While there are various options for how such a framework could function, it would be essential to establish robust and impartial international institutions in order to ensure equitable access to the world’s existing resource stockpiles, alleviate shortages in times of acute scarcity or emergency, and guarantee universal access to critical commodities. Working through the UN system, the international community could also reduce the pressure on global fossil fuel reserves by channelling investment into renewables and sharing alternative energy technologies as they emerge.

A cooperative approach to resource security is not only necessary for avoiding conflict and addressing social and environmental crises, but it would also salvage significant financial resources from global military budgets and foster goodwill among nations. Even to engage in the formidable process of negotiating such a strategy, governments will have to overcome the zero-sum, nationalistic impulses that currently dominate what is essentially a ‘winner takes all’ global resource acquisition paradigm – particularly in relation to fossil fuels. At the same time, policymakers must be prepared to mitigate rapidly escalating consumption rates that drive the unsustainable demand for energy and raw materials. In the end, this will mean fundamentally rethinking the dominant economic model that requires ever-higher levels of consumption for its continued success, and adopting new industrial processes that are not dependent on supplies of finite resources.

However idealistic it may seem to envisage cooperative solutions that can prevent future conflict over land, water or fossil fuels, humanity faces an unavoidable choice: either to find ways of sharing the environmental commons more equitably, or to continue on the path of intensified resource competition and risk further economic trauma, the acceleration of climate change, and the eventual possibility of a third world war.

Report: Financing the global sharing economy, part three (3): divert military spending
This section of the report Financing the Global Sharing Economy demonstrates how governments could redirect the colossal financial resources currently...
Article: Global conflicts and militarization: an overview
In 2009, countries have reached perilous new levels of conflict, tension and military spending characterised by nuclear proliferation, ideological warfare...
Article: The international responsibility for justice in occupied Palestine
There can be no talk of peace in the Middle East so long as Israel is given political immunity, financial assistance and diplomatic support by other...
Article: America: The choice ahead
As the world economy continues to deteriorate, the American public must influence a momentous turnaround in global priorities and light the way for other...
Article: Gaza: a cry for justice
The real path to peace in the Middle East, requiring the establishment of a fully sovereign Palestinian state on the West Bank and Gaza, is dependent on...
Printer-friendly version