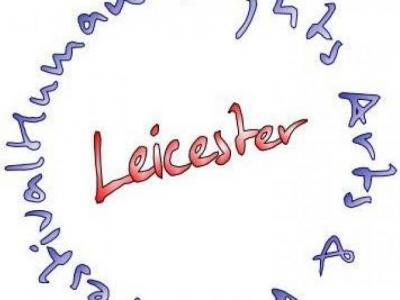 As part of the event, each of the groups represented will give a presentation around the work they are doing, what they reckon are the most pressing issues at home and abroad, and what ought to be done about the issues.

The Leicester Human Rights Arts and Film Festival runs from 4 December through to 10 December every year.

The Festival also aims to draw attention to International Human Rights Day which is celebrated annually, around the world, on December 10.

Some of these groups will be represented at Human Rights Without Borders.

What are the most pressing issues at home and abroad? What is being done or what can be done about issues?

Co-organised by CivicLeicester, Leicester University of Sanctuary and the School of History, Politics and International Relations at the University of Leicester

Which languages are spoken in Leicester? How do people feel about their multilingual background? Do parents feel it is easy to raise their children with two languages or more? Do they feel it is important to have access to heritage languages in schools? How do schools deal with students’ linguistic diversity? These are some of the questions Exploring multilingual Leicester will try to answer.

Co-organised by the School of Arts and the Unit for Diversity, Inclusion & Community Engagement (DICE)

Leicester City Football Club had just won the English Premier League Championship when Ahmad, who was 7-years-old, saved the lives of the 15 people in Leicester Forest East. Oksijan (dir., Edward Watts, 2017) tells the story of what happened.

The screening will be followed by a panel discussion and Q&A session with:

● film producers, Caroline Lawrence and Beatrice Warren, ● one of the people on whose experiences the film is based, ● one or more people from the MEENA Centre in Birmingham (which grew from The ‘Unofficial’ Women and Children’s Centre in Calais) who have been supporting the young people whose experiences inspired the film, and ● University of Leicester lecturer in Media and Communication, Dr Maria Rovisco.

Chair: Dafni Mangalousi, PhD candidate, School of Media, Communication and Sociology at the University of Leicester

Co-organised by CivicLeicester, the Unit for Diversity, Inclusion & Community Engagement (DICE), and the Leicester Migration Network

Diversity and The City II

Leicester is celebrated for its diversity and multiculturalism, and asks, But, what does this mean in real terms? What do the demographics say about poverty, (in)equality, access (or barriers) to services, (un)employment, opportunities (or the lack of opportunities), the criminal justice system and other systems in Leicester?

Co-organised by CivicLeicester and the Unit for Diversity, Inclusion & Community Engagement (DICE)

Read: ● Andrew Marantz, Persons of Interest: “The Stylish Socialist Who Is Trying to Save YouTube from Alt-Right Domination“, The New Yorker, 19 November 2018 ● Joe Morgan, “Beheaded, gunned down and stoned to death: 369 trans people killed this year“, Gay Star News, 19 November 2018

Music without Borders 2018 will feature: ● the launch of Write to Be Counted (The Book Mill, 2017), a poetry anthology that is being sold to raise funds for English PEN Writers at Risk; and ● music from artists who include: Paris Alexander, David Mottram, Sheila Mosley, Kenny Wilson, Les Eastham / Dust & Debris, Sweetbellechobaby, Autumn Dawn Leader, and more.

Music without Borders is open to all and will be accepting donations that will go to LE Solidarity; the MEENA Centre; and Leicester Friends of Bethlehem.

Dr Karatzogianni will be talking about Artificial Intelligence (AI) and its implications and effect on human rights.

What barriers do people who are looking for refuge experience when they try to access higher education? What is being done, or what ought to be done, to remove the barriers, and why?

There will also be a discussion among panelists and a Q&A session with all present.

To sponsor The Festival, visit  https://www.patreon.com/humanrightsfestival