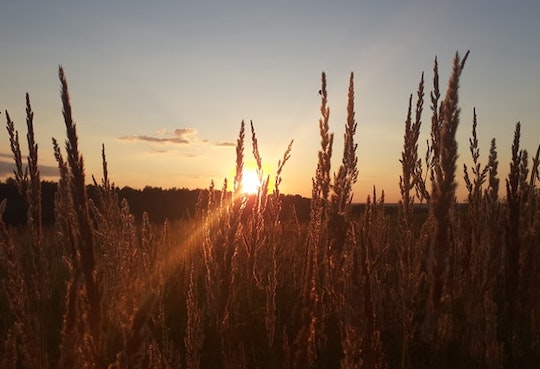 Over a quarter of a billion more people could crash into extreme levels of poverty in 2022 because of COVID-19, rising global inequality and the shock of food price rises supercharged by the war in Ukraine, reveals a new brief from Oxfam.

“First Crisis, Then Catastrophe”, published ahead of the World Bank and IMF Spring Meetings in Washington DC, shows that 860 million people could be living in extreme poverty — on less than $1.90 a day — by the end of this year. This is mirrored in global hunger: the number of undernourished people could reach 827 million in 2022.

The World Bank had projected COVID-19 and worsening inequality to add 198 million extreme poor during 2022, reversing two decades of progress. Based on research by the World Bank, Oxfam now estimates that rising global food prices alone will push 65 million more people into extreme poverty, for a total of 263 million more extreme poor this year —equivalent to the populations of the UK, France, Germany and Spain combined.

“Without immediate radical action, we could be witnessing the most profound collapse of humanity into extreme poverty and suffering in memory,” said Oxfam International executive director Gabriela Bucher. “This terrifying prospect is made more sickening by the fact that trillions of dollars have been captured by a tiny group of powerful men who have no interest in interrupting this trajectory.”

As many people struggle now to cope with sharp cost-of-living increases, having to choose between eating or heating or medical bills, the likelihood of mass starvation faces millions of people already locked in severe levels of hunger and poverty across East Africa, the Sahel, Yemen and Syria.

The brief notes that a wave of governments is nearing a debt default and being forced to slash public spending to pay creditors and import food and fuel. The world’s poorest countries are due to pay $43 billion in debt repayments in 2022, which could otherwise cover the costs of their food imports. Global food prices hit an all-time high in February, surpassing the peak crisis of 2011. Oil and gas giants are reporting record-breaking profits, with similar trends expected to play out in the food and beverage sector.

People in poverty are being hit harder by these shocks. Rising food costs account for 17 percent of consumer spending in wealthy countries, but as much as 40 percent in Sub-Saharan Africa. Even within rich economies, inflation is super-charging inequality: in the US, the poorest 20 percent of families are spending 27 percent of their incomes on food, while the richest 20 percent spend only 7 percent.

For most workers around the world, real-term wages continue to stagnate or even fall. The effects of COVID-19 have widened existing gender inequalities too — after suffering greater pandemic-related job losses, women are struggling to get back to work. In 2021, there were 13 million fewer women in employment compared to 2019, while men’s employment has already recovered to 2019 levels.

The report also shows that entire countries are being forced deeper into poverty. COVID-19 has stretched all governments’ coffers but the economic challenges facing developing countries are greater, having been denied equitable access to vaccines and now being forced into austerity measures.

Despite COVID-19 costs piling up and billionaire wealth rising more since COVID-19 than in the previous 14 years combined, governments — with few exceptions — have failed to increase taxes on the richest. An annual wealth tax on millionaires starting at just 2 percent, and 5 percent on billionaires, could generate $2.52 trillion a year —enough to lift 2.3 billion people out of poverty, make enough vaccines for the world, and deliver universal healthcare and social protection for everyone living in low- and lower middle-income countries.

“We reject any notion that governments do not have the money or means to lift all people out of poverty and hunger and ensure their health and welfare. We only see the absence of economic imagination and political will to actually do so,” Bucher said.

“Now more than ever, with such scale of human suffering and inequality laid bare and deepened by multiple global crises, that lack of will is inexcusable and we reject it. The G20, World Bank and IMF must immediately cancel debts and increase aid to poorer countries, and together act to protect ordinary people from an avoidable catastrophe. The world is watching”.

Oxfam is calling for urgent action to tackle the extreme inequality crisis threatening to undermine the progress made in tackling poverty during the last quarter of a century:

The World Bank defines extreme poverty as living on less than $1.90 per day.

New Oxfam estimates, building on World Bank projections and prior research conducted by the World Bank and Center for Global Development on food price spikes, show that 65 million more people could be pushed below the $1.90 poverty line because of the harsh increases in food prices. See “First Crisis, Then Catastrophe” for more information.

Photographs and video from East Africa are available. As many as 28 million people across East Africa at risk of extreme hunger.

Data on debt servicing is from UNCTAD. FAO estimates food import bills for all low-income countries to be $46 billion (2021).

The COVID-19 crisis cost women around the world at least $800 billion in lost income in 2020, equivalent to more than the combined GDP of 98 countries.

Billionaires’ wealth has risen more since COVID-19 began than it has in the last 14 years combined.

Download “Taxing Extreme Wealth” for more information about an annual tax on the world’s millionaires and billionaires, what it would raise and what it could pay for.

Argentina has collected 223 billion pesos (around $2.4 billion) from its one-off pandemic wealth tax.

Oxfam estimated that a ‘Pandemic Profits Tax’ on 32 super-profitable global companies could have generated $104 billion in revenue in 2020 to address COVID-19. Download Oxfam’s report “Power, Profits and the Pandemic” for more information.

Some governments are contemplating raids on aid funds earmarked for other crises to pay for the new costs of Ukrainian support. Oxfam is aware that the EU has more than halved its humanitarian funding to Timor-Leste, for example, and that some donors have indicated that they will cut their aid to Burkina Faso by 70 percent, with other West African countries hearing similar news. At the same time, West Africa is facing its worst food crisis in ten years, with over 27 million people suffering from hunger.

Report: The poor die from COVID while the rich get richer, Oxfam warns
The coronavirus vaccine divide is costing lives and supercharging inequalities worldwide, a new report from Oxfam warns.
Report: Pandemic of greed: A wake-up call for vaccine equity at a grim milestone
The COVID-19 death toll has been four times higher in lower-income countries than in rich ones, according to a new report published by Oxfam on behalf of...
News: ‘Take from the hungry to feed the starving’: UN faces awful dilemma
Agencies forced to cut back aid in Yemen, Afghanistan, South Sudan and Ethiopia despite growing need as funds go to Ukraine.
Blog: ‘A growing number of billionaires is a sign of failure’
A growing number of billionaires is not a sign of success; it is a sign of the failure of the economic system we have created — particularly in the...
Article: 6 in 7 people worldwide experience ‘high levels of insecurity’ – Why?
Safety and security are at the base of the ‘hierarchy of needs’ pyramid, second in importance only to life’s absolute necessities—air, water, food and...
Printer-friendly version