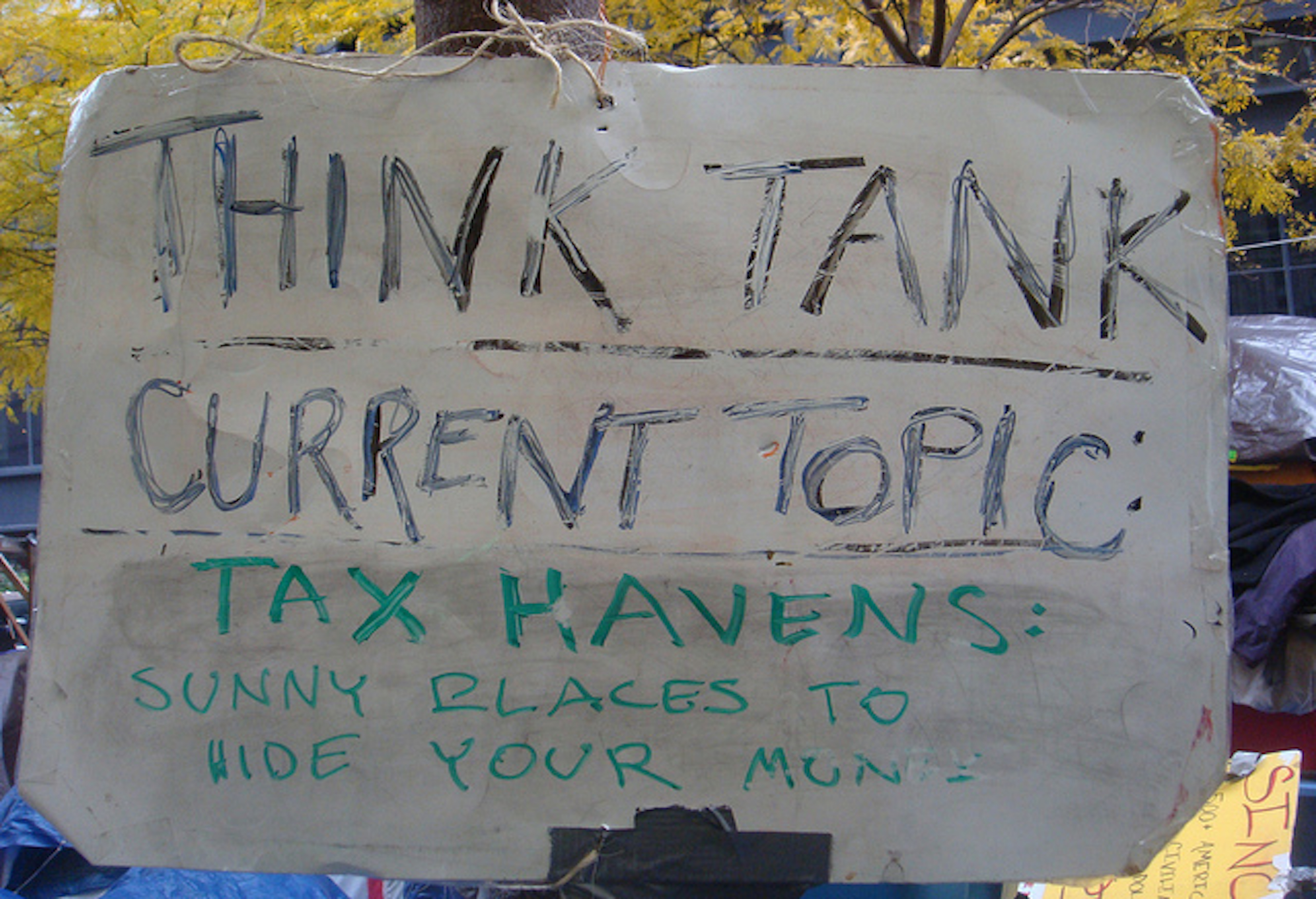 Global Financial Integrity (GFI), the Centre for Applied Research at the Norwegian School of Economics and a team of global experts have released a study showing that since 1980 developing countries lost US$16.3 trillion dollars through broad leakages in the balance of payments, trade misinvoicing, and recorded financial transfers.

These resources represent immense social costs that have been borne by the citizens of developing countries around the globe. Funding for the report was provided by the Research Council of Norway, and research assistance was provided by economists in Brazil, India, and Nigeria.

Titled “Financial Flows and Tax Havens: Combining to Limit the Lives of Billions of People,” the report demonstrates that developing countries have effectively served as net-creditors to the rest of the world with tax havens playing a major role in the flight of unrecorded capital. For example, in 2011 tax haven holdings of total developing country wealth were valued at US$4.4 trillion, which exacerbated inequality and undermined good governance and economic growth.

Commenting on the study, GFI President Raymond Baker noted that “this report is the most comprehensive analysis of global financial flows impacting developing countries compiled to date” and is the culmination of three years of research collaboration. Mr. Baker presented the paper’s findings to an expert group in Bergen, Norway on November 21.

Net Resource Transfers (NRT) for all developing countries have been mostly large and negative since the early 1980s, indicating sustained and significant outflows from the developing world (see graph below). The report defines NRT as net recorded flows into or out of a country inclusive of outflows of illicit and unrecorded capital. While previous studies on NRT have limited their analysis to recorded financial flows, this paper includes in its measure of NRT non-financial transactions (such as debt forgiveness and write-offs), unrequited transfers (such as remittances), and unrecorded capital outflows. “Our methodology does not distinguish between recorded (i.e. licit) and unrecorded, or mostly illicit, capital because the financial institutions themselves cannot distinguish between the two,” explained Dev Kar, Chief Economist at Global Financial Integrity and the report’s lead author.

The study pays special attention to the role of China’s capital flows in the analysis of NRT for all developing countries, which affects the magnitude of cumulative net transfers but not the overall conclusion. Excluding China from the developing world total reduces the magnitude of cumulative net resource transfers from the remaining developing countries to about US$11.7 trillion. This reduction is due to China’s large current account surpluses, associated capital and reserve asset outflows, and considerable unrecorded outflows. “Though China has had significant recorded and unrecorded financial flows, the data shows that net resource transfers are a concern for all developing countries,” commented Joseph Spanjers, an Economist at Global Financial Integrity. Offshore tax havens undermine the capitalist system by facilitating criminal, corrupt, and tax evading commercial financial flows, which has an especially detrimental impact on growth in poor countries. The findings in the report indicate that as of 2011, $2.6 trillion of developing countries’ private wealth is held in tax havens, over half of the $4.4 trillion of total developing country assets in these same jurisdictions. Sub-Saharan Africa’s assets held in tax havens grew at an annualized rate of over 20 percent from 2005 to 2011, a faster rate than that of any other region either developed or developing. “There is perhaps no greater driver of inequality within developing countries than the combination of illicit financial flows and offshore tax havens,” lamented Mr. Baker.

Much improved statistical compilation and reporting is required in order to have a more adequate picture of global financial flows; a task that urgently needs to be undertaken collaboratively by the International Monetary Fund, World Bank, United Nations, Organization of Economic Cooperation and Development, and the Bank for International Settlements. The report also highlights the need for much greater transparency in domestic and global financial systems, particularly with regards to tax haven jurisdictions. Global Financial Integrity advocates for governments to create public registries of beneficial ownership, so that companies and individuals cannot keep secret accounts to transfer and utilize funds, illicit or otherwise. Financial institutions and government authorities should be wary of transactions without verified beneficial ownership information and consider applying extra scrutiny in such cases.

For estimates of Net Resource Transfers (NRT), the report uses balance of payments data and bilateral trade data, which includes capital flows from official development assistance, loans, repayments, debt cancellation, foreign direct investment, portfolio investment, remittances, contributions from religious and charitable organizations, and a portion of recorded and unrecorded trade flows. Figures for criminal flows, same-invoice faking, and trade in intellectual property and services do not show up in available databases and so are not part of the analysis.

This report was written by Dr. Dev Kar at Global Financial Integrity and Dr. Guttorm Schjelderup of the Centre for Applied Research at the Norwegian School of Economics. Three other partners contributed to the data collection and findings of the report: Professor Arun Kumar at the Center for Economic Studies and Planning at Jawaharlal Nehru University; Professor Godwin Akpokodje at the Nigerian Institute of Social and Economic Research; and, Francisco Sadeck working for the Institute for Socioeconomic Studies in Brazil.

Link to full report: Financial Flows and Tax Havens - Combining to Limit the Lives of Billions of People

Article: Tax havens are a global shame. Now is the time to put an end to them.
A rapidly growing global web of tax havens is one of the key drivers of global inequality, allowing some of the world’s super rich to pay no taxes or far...
Article: An energy revolution is possible: Tax havens and financing climate action
According to a new report by Friends of the Earth International, it is a gross injustice that the world’s richest multinational corporations and...
Report: World's worst corporate tax havens exposed
Collecting tax is one of the key means by which governments are able to address poverty. But big business is dodging tax on an industrial scale, depriving...
Printer-friendly version