The Bretton Woods Twins in the era of COVID-19: Time for an exit strategy for the Global South? 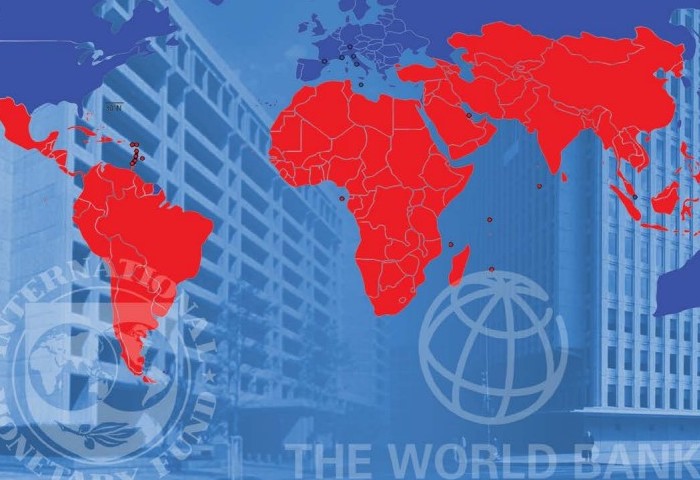 An exit strategy from the World Bank and IMF could lead to serious efforts to create a new system of international governance based on the principles of mutual respect, equality, and cooperation, argues Walden Bellow for FocusWeb.

As they mark their 76th year, the International Monetary Fund and the World Bank have been presented with a grand opportunity, not to save the world, but to salvage their tattered reputation.

The Fund enters the annual IMF-World Bank meetings with a big image problem. Covid-19 presented the Fund with a chance to clean up its image, and it boasted of a $1 trillion war chest that Managing Director Kristalina Georgieva said it was ready to disburse to meet a “once in a lifetime pandemic.” However, developing countries have been, for the most part, circumspect in their response to the Fund beckoning them to borrow.

The World Bank, for its part, enters the fall meeting backing the IMF in spurning the widespread call for debt cancellation, with its new president, David Malpass saying the financial markets won’t like that. It is also facing charges of hypocrisy: on the one hand, warning that the world faces a world hotter by 4 degrees at the turn of the century; on the other, still engaging in investments in coal plants. It is also bogged down in controversies over its engagement in the REDD+ initiative, which threatens to dispossess forest communities throughout the world in the name of saving forests as carbon sinks.

The policies of the Fund and Bank continue to respond mainly to the interests of the United States and Europe, which hold an effective controlling share of voting power in the two institutions. The US and Europe also continue to exercise the feudal privilege of appointing the heads of the Bank and the Fund, respectively.

There have been strong calls for reform of the policies and governing structures of the Fund and the Bank over the last 50 years. The consistent stonewalling of real change by the hegemonic powers calls into question the strategy of demanding reforms on the part of the countries of the global South. Probably more productive at this point would be strategizing for a collective exit from the two institutions and exploring ways of building up alternative institutions grounded in the principles of mutual respect, genuine cooperation, and equality to coordinate international finance, trade, and development assistance in an era of climate crisis. Current geopolitical and geo-economic realities might, in fact, make the possibility of success greater for such an approach.

News: The IMF must immediately stop promoting austerity around the world
More than five hundred of the world’s leading charities, social groups and academics have sent a letter to the International Monetary Fund warning that...
Blog: Gleneagles 15 years on: The last debt cancellation
Last week marked 15 years since the G8 Summit in Gleneagles, Scotland, when leaders of the world’s richest countries agreed debt cancellation for many of ...
Article: We can’t trust the IMF and World Bank to lead the COVID-19 recovery
Despite decades of protests against them, the IMF and World Bank continue to force the same discredited policies on poor governments and their people,...
Blog: The Northern Hemisphere must not stand by and let coronavirus devastate the South
There is a danger that Covid-19 will significantly increase the gap between rich and poor nations. It's time to put in place an ambitious plan to overcome...
Article: The IMF and the World Bank: 75 years on
A decade after the financial crisis shook the foundations of the global financial system, the Bretton Woods Institutions face an uncertain future. The...
Report: IMF should abandon "failed policies", says human rights reporteur
The International Monetary Fund (IMF) should change its priorities and finally let go of the outdated conditionalities of privatization, deregulation of...
News: 53 economists write to IMF Directors on approach to social protection
The International Monetary Fund (IMF) was formed in 1945 to ensure the stability of the international monetary system. The letter below to IMF Directors...
Printer-friendly version