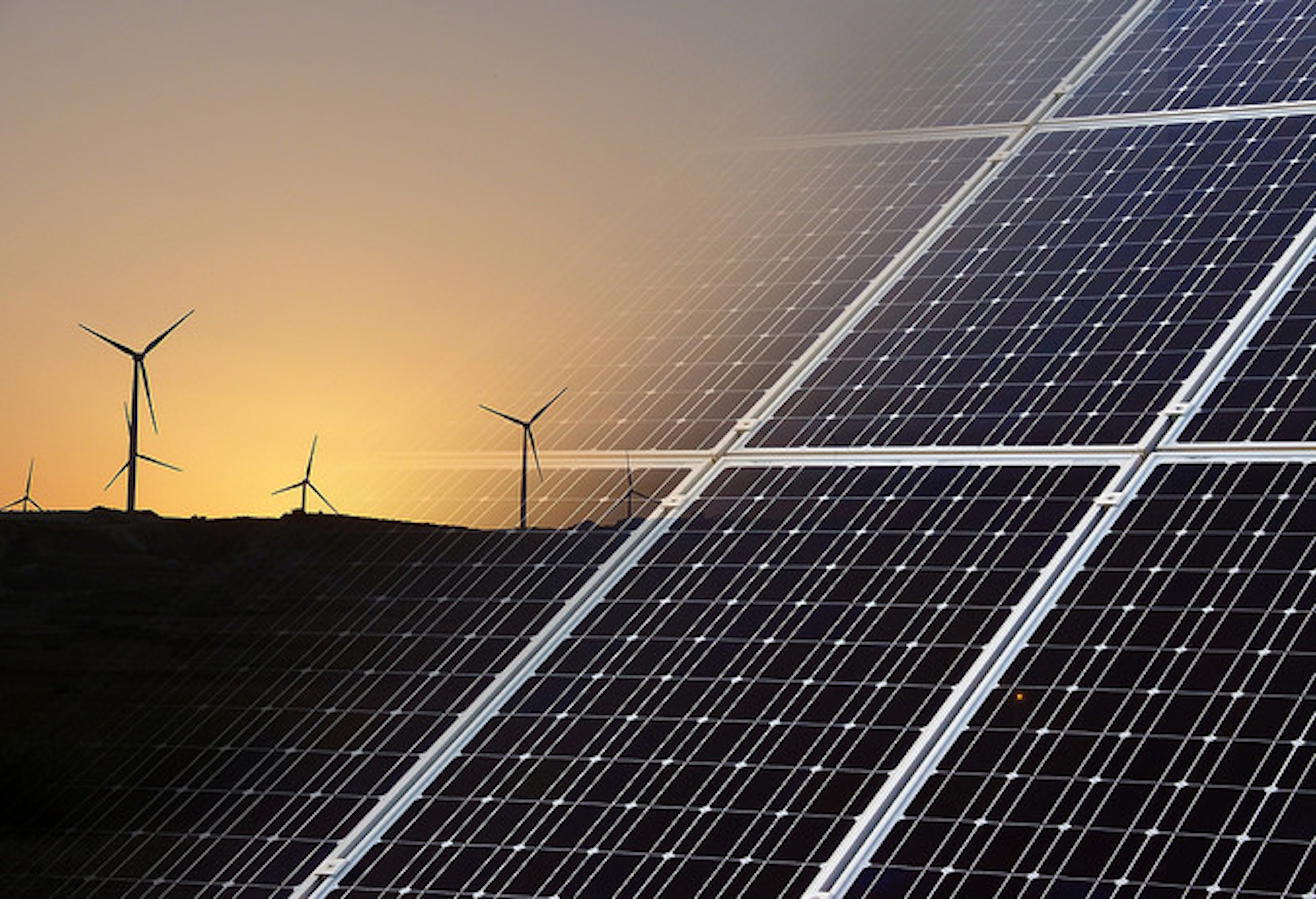 The next three years will effectively decide the fate of our planet’s climate. This is the stark message of a new commentary in the journal Nature by several high-profile climate scientists and policy makers.

The paper provides detailed sector by sector goals for electric vehicles, power plants, transportation, and more, showing where each needs to be by 2020 in order to greatly lower emissions of greenhouse gases and adhere to the goals of the Paris Agreement on climate change. The milestones outlined in the commentary — written by some heavy hitters in the climate and energy world — are ambitious, in some cases extremely so, considering the pace of decarbonization at this point in time.

Former U.N. climate negotiations chief Christiana Figueres, one of the authors of the commentary, is kicking off a new initiative known as Mission 2020. This proposal is aimed at fundamentally bending the curve of global emissions of greenhouse gases downward by 2020, just three years from now. Figueres acknowledged this is a tall order, but said it's also achievable given recent trends.

“We are now fortunately at the point where we are being propelled forward by the pull of the market and certainly not the push of politics or ideology," Figueres said during a press call on Wednesday. “This is a very unique situation in which we have tailwind on climate change as opposed to headwind. That is the only global issue globally where we have not just tailwind now but also an increasing speed of tailwind,” Figueres added.

The Paris Agreement set goals of limiting global warming to "well below" 2 degrees Celsius, or 3.6 degrees Fahrenheit, compared to preindustrial levels by the year 2100. It also set an aspirational goal of limiting warming to 1.5 degrees Celsius, or 2.6 degrees Fahrenheit, above preindustrial levels, at the urging of low-lying island nations who fear the 2-degree limit would allow enough sea level rise to entirely swallow their nations.

On June 1, President Donald Trump announced his intention to pull the U.S. out of the Paris Agreement, but so far nearly every other country is still going forward with implementing it. According to the new commentary, if global emissions of greenhouse gases stay level or rise beyond the year 2020, then it would put the Paris temperature targets out of reach. "Lowering emissions globally is a monumental task, but research tells us that it is necessary, desirable and achievable," the paper says.

For the past three years, global emissions of carbon dioxide, which is the chief global warming pollutant, have remained level while economic output has risen. This is leading to some optimism that economic growth no longer automatically comes with the price of added pollution. However, at the same time, atmospheric levels of carbon dioxide — which is what really matters when it comes to spurring temperature changes — have been rising at faster rates during the same time period, alarming some scientists. "The climate math is brutally clear: While the world can't be healed within the next few years, it may be fatally wounded by negligence till 2020," commentary co-author Hans Joachim Schellnhuber, director of the Potsdam Institute for Climate Impact Research in Germany and an advisor to Chancellor Angela Merkel, said in a statement.

The Mission 2020 proposal calls for world leaders to focus on climate change at the upcoming G-20 summit in Hamburg, Germany, on July 7 and 8. The paper outlines six milestones for the world to reach by 2020. None of them will be easy, but they would each be worth pursuing, the authors say. For example, renewable energy sources, like solar and wind, would need to make up at least 30 percent of the world's electricity supply by 2020, up from 23.7 percent in 2015. According to the latest projections from Bloomberg New Energy Finance, renewables are likely to account for 48 percent of installed capacity and 34 percent of electricity generation by 2040. This is compared with just 12 percent and 5 percent respectively today.

A huge scaling-up of electric vehicles would be required under the scenario envisioned in this proposal, with a "major increase" from the nearly 1 percent market share that plug-in hybrid vehicles now have, to a world in which electric vehicles make up 15 percent of new car sales globally. The paper also calls for land use policies to be shaped in such a way that forest destruction and land use goes from a net source of carbon emissions to a net carbon sink by 2030. In addition, the plan calls for a ramping up in finance for climate change efforts, with a more than 10-fold increase in the $81 billion in green bonds issued in 2016.

Figueres said there is optimism that these goals can be met because the economy is propelling nations toward using more renewable energy as costs of such resources plummet, and this is taking place despite the political views of leaders like Trump. “It is about time that we in our analysis begin to differentiate politics from the real economy,” Figueres said. “One thing is what the head of state is saying… and a completely different, completely different scenario is the one that is painted by the real economy.” “The economic forces will stay on course. Politics will have to, in some places, catch up.”

Stefan Rahmstorf, a co-author of the commentary and head of Earth system analysis at the Potsdam Institute, says the paper starkly makes clear "that we are running out of time." "Limiting warming to 1.5 degrees Celsius is practically infeasible already, except with a combination of rapid deep emissions cuts and huge luck," he said via email.

"Even for staying below 2 degrees Celsius [of warming], time is running out fast. Climate scientists have been warning for a very long time that we're approaching this crunch point, but they have not been getting through with the message. Not least because of the major obfuscation campaign by fossil fuel interests, which have spent hundreds of millions of PR dollars to sow doubt about the findings of climate science," he said.

The signatories to the commentary call for those in power to "stand up for science," and encourage optimism on climate change.  "... We must remember that impossible is not a fact, it's an attitude," the commentary states.

The World Is Burning by IPS World Desk

Article: An energy revolution is possible: Tax havens and financing climate action
According to a new report by Friends of the Earth International, it is a gross injustice that the world’s richest multinational corporations and...
Article: Climate change could drive 122m more people into extreme poverty by 2030
The UN's 2016 State of Food and Agriculture report warns that without measures to halt and reverse climate change, food production could become impossible...
Blog: Despite Paris climate pledge, planet on track to surpass 3°C temperature rise
After 24 years of negotiations we are hurtling towards a 3.5 degree world, which will be catastrophic for millions. By Nika Knight, Common Dreams.
Article: Global climate justice movements refuse to be overshadowed by election of climate change denier to U.S. presidency
The following collective statement was issued by organisations, networks, and movements gathered in Marrakech at COP22, in response to Donald Trump...
Printer-friendly version