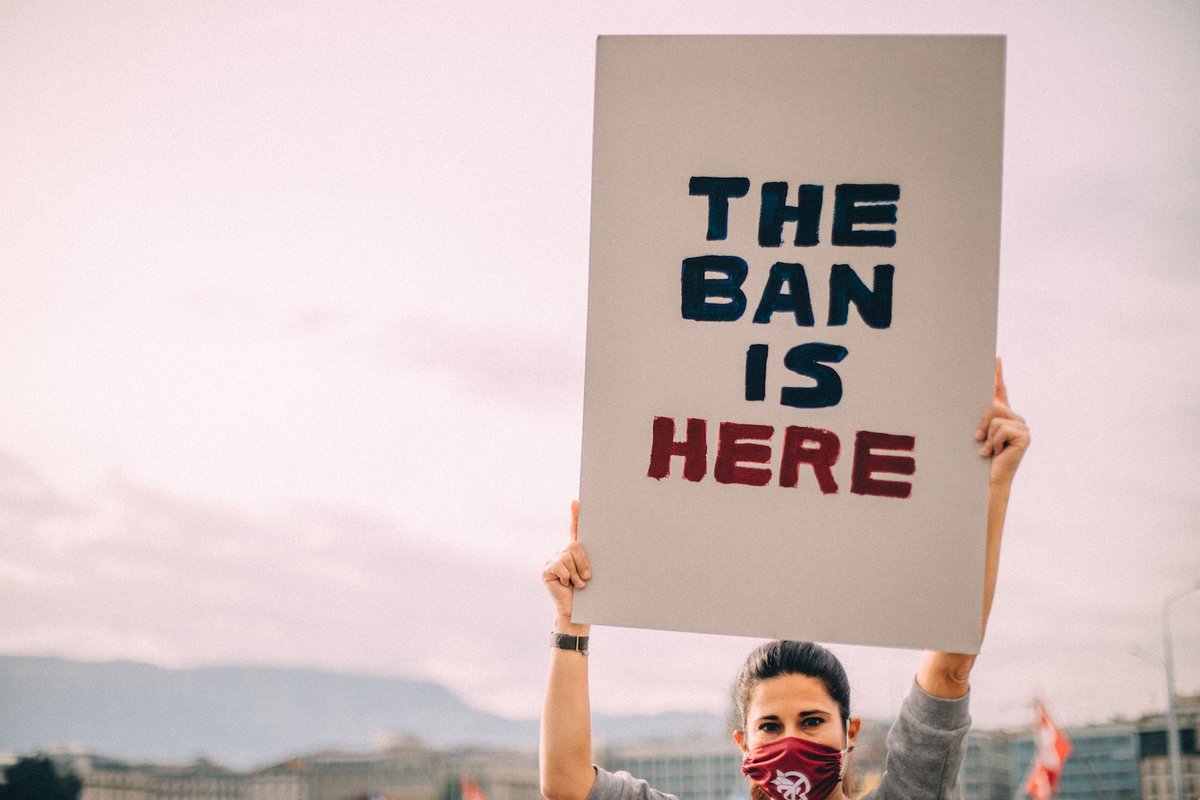 In what leading campaigners are describing as “a new chapter for nuclear disarmament”, the ratification of the Treaty on the Prohibition of Nuclear Weapons will now come into force on 22 January, after Honduras became the 50th Member State to ratify on Saturday.

The UN Secretary-General António Guterres in a statement commended all the countries whose ratification of the accord, approved by 122 nations at the General Assembly in 2017, who have helped bring the ban on weapons this far, singling out the work of civil society groups.

Chief among those, the International Campaign to Abolish Nuclear Weapons (ICAN), which was awarded the Nobel Peace Prize in 2017, declared through Executive Director Beatrice Fihn that the coming into force was “a new chapter for nuclear disarmament. Decades of activism have achieved what many said was impossible: nuclear weapons are banned.”

One survivor of the atomic bombing at Hiroshima, Setsuko Thurlow, told ICAN that she had committed her whole life to abolition: “I have nothing but gratitude for all who have worked for the success of our treaty”, she said.

Saturday’s milestone was reached a day after the island nations of Jamaica and Nauru submitted their ratifications meaning that in 90 days, the treaty will become active, banning nuclear weapons just over 75 years after they were first used at the end of World War Two.

“Entry into force is a tribute to the survivors of nuclear explosions and tests, many of whom advocated for this Treaty”, said the UN chief in his statement.

Mr. Guterres described the entry into force, as “the culmination of a worldwide movement to draw attention to the catastrophic humanitarian consequences of any use of nuclear weapons.

“It represents a meaningful commitment towards the total elimination of nuclear weapons, which remains the highest disarmament priority of the United Nations.”

Mr. Guterres said he was looking forward to doing his part in facilitating the treaty’s progress towards total elimination.

So far, the main nuclear powers of the United States, the United Kingdom, Russia, China and France, have not signed the accord.

The treaty declares that the countries ratifying it must “never under any circumstance develop, test, produce, manufacture or otherwise acquire, possess or stockpile nuclear weapons or other nuclear explosive devices.”

Adopted on 7 July 2017 at a UN conference in New York, the Treaty represented the first multilateral legally binding instrument for nuclear disarmament in two decades.

Vindication for a new generation

Speaking to journalists at UN Headquarters in early October after being announced winners of the Nobel Peace Prize, ICAN chief Ms. Fihn said that a “new generation” of campaigners had come of age, “people who grew up after the Cold War and don’t understand why we still have the (nuclear) weapons.”

In its statement released on Sunday, ICAN - an umbrella organization and campaign for dozens of groups across the world - said that the coming into force, was “just the beginning. Once the treaty is in force, all States’ parties will need to implement all of their positive obligations under the treaty and abide by its prohibitions.

“States that haven’t joined the treat will feel its power too – we can expect companies to stop producing nuclear weapons and financial institutions to stop investing in nuclear weapon-producing companies.”