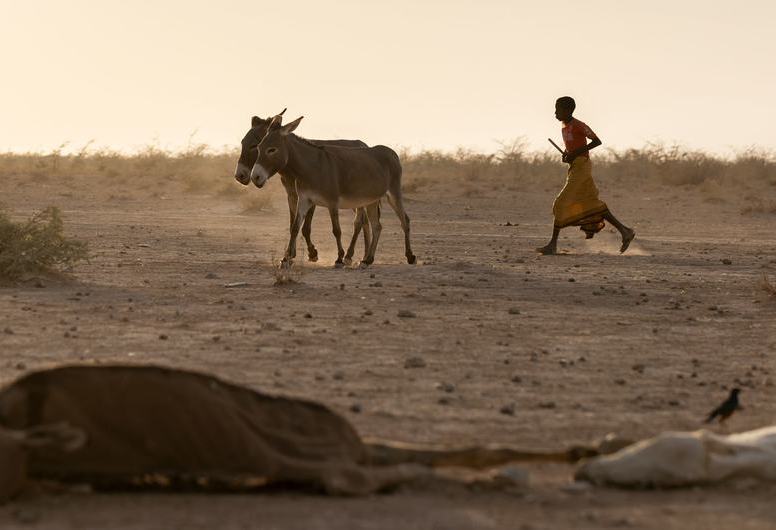 U.N. humanitarian projects face a record funding gap this year, with only a third of the required $48.7 billion secured so far as global needs outpace pledges, according to a spokesman for the United Nations Office for the Coordination of Humanitarian Affairs (OCHA).

The money is needed to help around 204 million people worldwide as armed conflict and climate change, such as the war in Ukraine and the drought in the Horn of Africa, emerge as key drivers of "mega crises" that threaten the livelihoods of whole communities.

"More than halfway through the year, the funding shortfall is $33.6 billion, our biggest funding gap ever," Jens Laerke, OCHA spokesman told a media briefing.

"The needs in the world are rising much faster than the donor funding is coming in," he added.

So far $15.2 billion has been collected by the mid-year mark, also a record, Laerke said, in a year of soaring humanitarian needs.

According to OCHA's website, the United States is the top donor, contributing just over $8 billion, while the World Food Programme was the largest recipient.

The nearly $50 billion needed includes all the U.N. coordinated appeals worldwide, like the annual humanitarian response plans in the Democratic Republic of the Congo and Syria, as well as flash appeals in Ukraine and regional appeals for refugees in Afghanistan.

The money is meant for all U.N. humanitarian agencies and some NGOs, but does not cover appeals from the International Federation of Red Cross and Red Crescent Societies and the ICRC because they have independent appeal processes, Laerke said.

Blog: It’s time we all come together to address the global food crisis
Millions of lives are at stake and the world’s most vulnerable do not have the luxury of time, write Abdulla Shahid and Gabriel Ferrero de Loma-Osorio.
News: Horn of Africa faces most ‘catastrophic’ food insecurity in decades, warns WHO
More than 37 million people are facing acute hunger, with approximately seven million children under the age of five acutely malnourished in the region.
Blog: How the Treasury Department could prevent mass starvation with no cost to the taxpayers
As hunger threatens millions, the Biden administration should give its OK for the IMF to distribute financial backing to the world’s poorest countries. By...
Blog: Just two weeks of food billionaire wealth gains could fund anti-hunger effort in East Africa
While one person is dying every 48 seconds in Ethiopia, Kenya, and Somalia alone, Oxfam report that food billionaires have increased their collective...
News: World is moving backwards on eliminating hunger and malnutrition, UN report reveals
The number of people affected by hunger globally rose to as many as 828 million in 2021, according to a new UN report that provides fresh evidence that...
Printer-friendly version