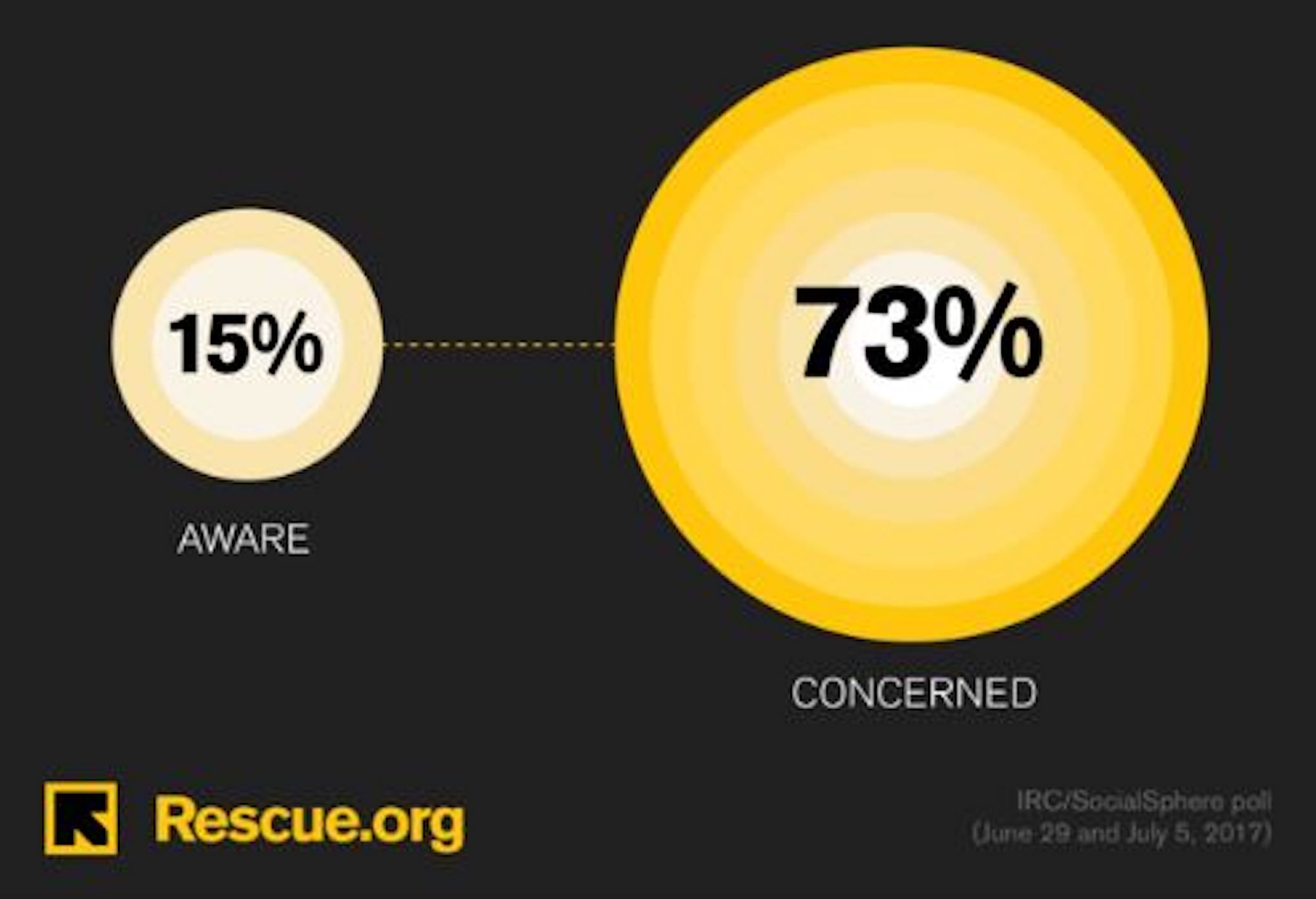 Less than a fifth of Americans are aware that extreme hunger threatens the lives of 20 million people in Africa and the Middle East, yet the overwhelming majority regard it as the most pressing global issue once they have been told, a poll of US voters has revealed.

Research by the International Rescue Committee showed that millennials, loosely defined as young adults born between 1981 and 1997, are the generation most concerned about solving the hunger crisis in Yemen, Somalia, South Sudan and Nigeria.

Yet overall public awareness of the situation is low, with only 15% of Americans apprised of the facts even though 73% said, once informed, that it was a major global concern.

“More than any other group of Americans, millennials recognised the severity of the hunger crisis and are ready to take on the responsibility of a global community,” said former British foreign secretary David Miliband, president and CEO of the International Rescue Committee, a global humanitarian relief agency.

“In a world that is connected now more than ever, their values are guiding them to step up and use their voices and their activism to call the attention of all age groups to this crisis … Millennials in the US can show their policymakers the real way to lead. And that is with hands-on international engagement using facts and investing in measurable, proven solutions implemented by organisations like the IRC.”

John Della Volpe, who directed the independent public opinion poll of 1,351 registered voters in the US, said millennials see humanitarian aid as a defining issue for their generation. “Since 2001, our polling has consistently found that millennials seek tangible ways to make an impact in their community and around the world,” he said.

The results showed millennials to be the only generation to believe the US has a moral obligation to assist people in need irrespective of their location. The research also indicated that Generation Y understand famine is a manmade problem that can be solved.

The survey revealed Americans want not only more aid - 68% said assistance from wealthy countries such as the US is more necessary than ever - but also better aid. At least two-thirds of respondents said the US government should focus less on “obligation” and more on leading reform of the aid system so that assistance is based on hard evidence.

The world is facing one of the largest food crises of recent times, with 20 million people in four countries – Nigeria, South Sudan, Somalia and Yemen – at risk of famine. The number will rise by a further 10 million if no action is taken.

Famine has been contained in South Sudan, but hunger has continued to spread. The number of people at risk of famine increased by 40% between February and June 2017, according to the UN’s Food and Agriculture Organisation.

News: South Sudan no longer has 'famine,' UN says, but 2 million remain near starvation
South Sudan no longer has areas in famine, but almost two million people are on the brink of starvation and an estimated six million people — half the...
Article: Famine looms in four countries as aid system struggles to cope, experts warn
Famine is looming in four different countries, threatening unprecedented levels of hunger and a global crisis that is already stretching the aid and...
Article: World faces largest humanitarian crisis since 1945 as 20 million across four countries face starvation – UN aid chief
Just back from Kenya, Yemen, South Sudan and Somalia – countries are facing or are at risk of famine – the top United Nations humanitarian official today...
Article: How to end hunger
The world already produces enough food to feed everyone. But the only way to eliminate hunger by 2030 is to implement well-designed social protection and...
Printer-friendly version