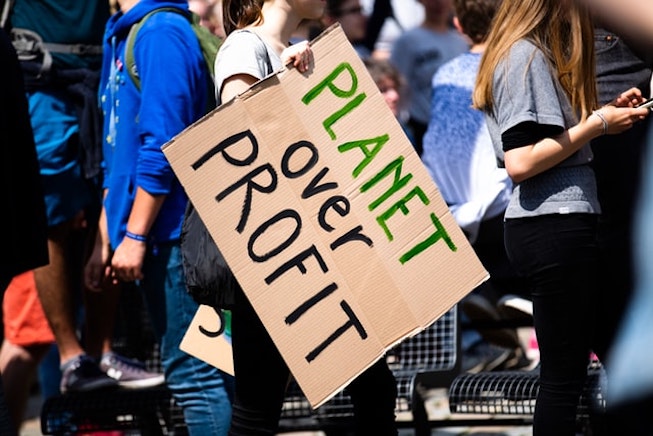 Three-quarters of people in the world’s wealthiest nations believe humanity is pushing the planet towards a dangerous tipping point and support a shift of priorities away from economic profit, according to a global survey.

The Ipsos Mori survey for the Global Commons Alliance (GCA) also found a majority (58%) were very concerned or extremely concerned about the state of the planet.

Four in five respondents said they were willing to step up and do more to regenerate the global commons.

The lead author of the report, Owen Gaffney of the GCA, said the results showed strong global support for urgent, decisive action on the climate and nature crises.

“The world is not sleepwalking towards catastrophe. People know we are taking colossal risks, they want to do more and they want their governments to do more,” he said.

“The findings should provide G20 leaders with the confidence to move faster to implement more ambitious policies to protect and regenerate our global commons.”

This snapshot of global public opinion was taken in April and May before the northern hemisphere summer of record-breaking heatwaves, floods and fires, and months before the Intergovernmental Panel on Climate Change report warned of “inevitable and irreversible” climate change owing to human activities.

Overall, more than half (59%) of respondents believed nature was already too damaged to continue meeting human needs in the long term.

People are beginning to feel that “nature is hitting back”, wrote the Kenyan environmentalist Elizabeth Wathuti in a foreword to the report.

“People in power seem to feel it is OK to fell old trees or destroy natural ecosystems for buildings or roads, or to dig up oil, so long as they then plant new trees. But this approach is not working, and the findings in this report show that many people no longer support such economic idiocy.”

The Global Commons survey comes in the run-up to a series of international meetings on the dire state of planetary life-support systems: the Cop26 climate summit in Glasgow, a Cop10 biodiversity conference in Kunming and next year’s “Stockholm+50” high-level meeting to mark the 50th anniversary of the first United Nations conference on the human environment​​.

As has been the case for most of the last half-century, moves to strengthen planetary ecosystems are likely to meet resistance by vested political and economic interests. The survey showed there was strong support among the global public to overcome those hurdles.

More than four-fifths (83%) of respondents from G20 nation wanted to do more to protect and restore nature, and more than two-thirds (69%) believed the benefits of action to protect the global commons outweighed the costs. This view was most prevalent in Brazil and least common in France (44%).

Overall, 74% of people agreed that countries should move beyond focussing on gross domestic product and profit, and instead focus more on the health and wellbeing of humans and nature.

This was consistently well-supported across G20 nations. Only 25% felt governments should prioritise jobs and profits even if this meant harming nature. Only in India was there 50% approval for putting the economy first.

Covid-19 has opened a door to change. In G20 countries, there was widespread agreement (75%) that the pandemic demonstrated how rapidly behaviour could change. A similar proportion (71%) accepted the recovery from the pandemic provided a unique opportunity to make societies more resilient.

However, in India 56% felt the need for economic recovery meant that nature was a lower priority. Across all nations, there were divided opinions about whether what was good for people was often bad for nature, though this had strong support in Russia (74%) and Brazil (65%).

Two-thirds of people (66%) supported global cooperation to tackle shared challenges, but fluctuated from country to country with China (81%) most enthusiastic and France (50%) least keen to collaborate.

Asked if the UN and other international organisations should be given more power to protect nature, there was similarly broad agreement with India (76%), China (75%) and Turkey (76%) most eager and the US (49%) least.

The report identified a group of “emerging planetary stewards” who were most aware of the risks and prepared to work for change. It said they were mostly young (under-45), female, well-educated, urban and likely to identify themselves as global citizens. “These are the people pushing for change. They are the warriors fighting hardest for our future,” it said.

By contrast, awareness and willingness to act tended to be lowest among men, older people, rural dwellers, nationalists and those in wealthy nations.

One barrier appears to be media coverage. Many people, especially the young and parents with children, felt news reports left them unclear about what they could do to help.

Only 43% of people said the media reported on nature and climate in a way that helped them understand the issues, while 46% believed stories on these subjects left them unclear about what they could do to help.

When people were asked what prevented them from making change, the most popular answer was lack of money (36%), followed by “I don’t know how to do this” (30%).

Bridget Williams, researchdirector at Ipsos Mori, said there was a clear demand for information about how to act.

“This survey clearly shows that people across the G20 want to play their part in protecting and restoring the global commons in the future - there is a desire for both local and global leadership,” she said.

News: Climate change seen as global emergency by 64 per cent of people
The biggest ever poll of climate change views has found that 64 per cent of people think the issue is a “global emergency”.
News: Earth Overshoot Day 2021: Why the date has been moved back to 29 July as emissions ramp up amid Covid recovery
Humans will have already consumed all the natural resources that Earth can sustainably supply for 2021 by tomorrow — overshooting by five months.
News: Global Climate Change rallies push for urgent action
In London, STWR joined over 10,000 campaigners who braved the wind and December downpours to walk from the Houses of Parliament to the US embassy.
Report: The intersection of politics and spirituality in addressing the climate crisis
The following interview with STWR’s founder, Mohammed Sofiane Mesbahi, examines both the contemporary political and profounder spiritual implications of...
Printer-friendly version