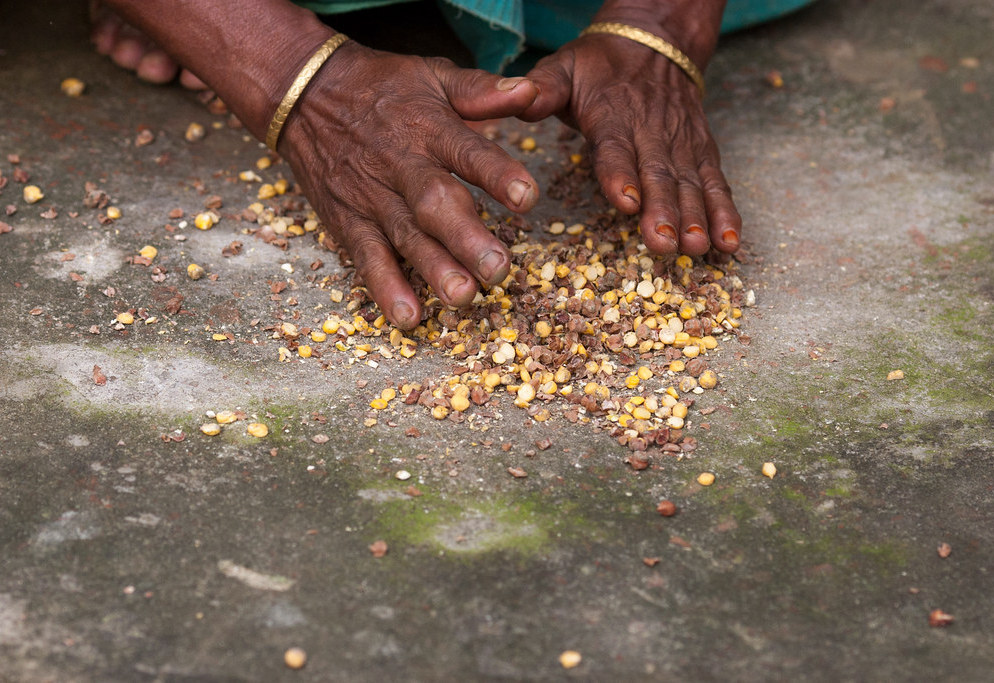 The climate crisis is driving alarming levels of hunger in the world, undermining food security in the world’s most vulnerable regions, according to this year’s global hunger index.

The annual report, a ranking of 117 countries measuring hunger rates and trends, shows progress since 2000 but warns that the world still has a long way to go to reach the zero hunger target agreed by world leaders by 2030.

The report is published as a series of committee on world food security meetings take place in Rome in the run-up to world food day on 16 October. The findings show levels of hunger are “serious” or “alarming” in 47 countries and “extremely alarming” in one: the Central African Republic.

The authors acknowledge an overall global decline in poverty and increased funding for nutrition but argue that current action and spending will not meet the global sustainable development goals or World Health Assembly nutrition targets.

Dominic MacSorley, CEO of Concern Worldwide, co-sponsors of the report with Welthungerhilfe, said that progress towards zero hunger by 2030 is now “under threat or is being reversed”.

“Approximately 45 countries are set to fail to achieve low levels of hunger by 2030,” he said. “Conflict, inequality, and the effects of climate change have all contributed to persistently high levels of hunger and food insecurity around the world.”

The report finds that the number of undernourished people across the globe is increasing. The rise has been biggest in countries in Africa that are south of the Sahara and affected by conflict and drought.

It is estimated that the global food system contributes 21–37% of total human-related emissions. Loss of food after harvesting and before reaching the retail level is estimated at 14% globally, meaning a proportion of food production is likely to exacerbate the climate emergency without even contributing towards food security or nutrition. Current climate commitments are projected to result in 3–4 degrees of warming by 2100, and increased climate pressures could lead to further conflict, according to the report.

The authors conclude that what is needed is a profound shift toward sustainability, with changes in values and behaviours and a fairer global balance of power.

In her foreword, the former president of Ireland Mary Robinson said: “With the number of hungry people rising from 785 million in 2015 to 822 million in 2018, we can no longer afford to regard the 2030 agenda and the Paris climate agreement as voluntary and a matter for each member state to decide on its own.” Instead, she called for “the full implementation” of both to secure “a liveable world for our children and grandchildren”.

“This requires a change of mindset at the global political level,” she added.

Responding to the report, Lawrence Haddad, executive director of the Global Alliance for Improved Nutrition, said that the poor quality of diets is at the heart of malnutrition and also has a critical impact on greenhouse gas emissions and natural resource use.

He too believes that global systems must be reformed as nutritious foods are simply out of the reach of billions of people, either because they are not available or are too expensive.

“To change this we need to transform the food systems that low and middle income people depend on – and that means supporting the growth of small and medium food businesses that already produce and market nutritious foods,” he said.

Report: The intersection of politics and spirituality in addressing the climate crisis
The following interview with STWR’s founder, Mohammed Sofiane Mesbahi, examines both the contemporary political and profounder spiritual implications of...
Page: The environmental crisis
Climate change and environmental pollution is only one aspect of a much wider ecological crisis that has resulted from our over-exploitation and...
News: 'Climate apartheid' to push 120 million into poverty by 2030, UN says
The world is facing a "climate apartheid" between the rich who can protect themselves and the poor who are left behind, the UN has warned in a new report...
News: 'Unprecedented' changes to world economy and society required to avoid climate chaos, UN report warns
Avoiding global climate chaos will require a major transformation of society and the world economy that is “unprecedented in scale”, the United Nations...
Printer-friendly version