Half the world lives in poverty on under $5.50 a day: report 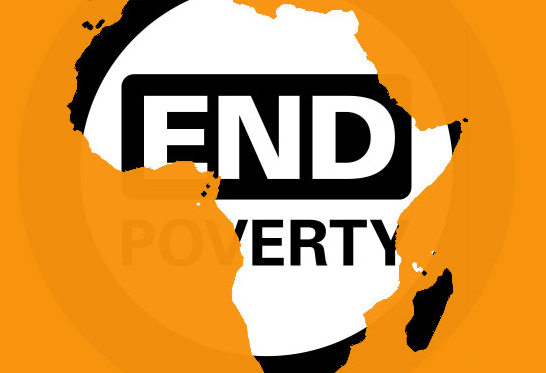 Half the world's population lives on less than $5.50 a day despite significant progress in reducing extreme poverty, a new report from the World Bank said Wednesday.

The report found the number of poor worldwide was still "unacceptably high", with the fruits of economic growth "shared unevenly across regions and countries".

Even though global growth of recent years had been sluggish, the total count of people in poverty declined by more than 68 million people between 2013 and 2015.

Despite the improvement, the report said current trends indicated the World Bank's goal of reducing extreme poverty to less than three percent of the world's population by 2030 may be unattainable.

"Particularly distressing findings are that extreme poverty is becoming entrenched in a handful of countries and that the pace of poverty reduction will soon decelerate significantly," the report said.

With China's rise, East Asia and the Pacific saw a 60 point drop in the poverty rate to 35 percent, but the region is unlikely to continue to achieve that pace going forward as growth has moderated.

And poverty is becoming entrenched in Sub-Saharan Africa, where 84.5 percent of the population still live on less than $5.50 a day, the report said.

And while two decades ago, 60 percent of the global population lived in low-income countries, by 2015, that had fallen to nine percent.

The World Bank also cautioned that in many of those countries, the poor were not sharing equally in economic growth.

According to August data from Axios, Europe was the least and the Middle East the most unequal parts of the globe in terms of income.

The top 10 percent of earners in Europe capture 37 percent of the continent's wealth, compared to 61 percent in the Middle East.

Blog: Are we moving towards a ‘world free of poverty’?
There are reasons to question the World Bank's upbeat estimate of global poverty, especially if non-income dimensions are considered. If we adopt a truly...
Blog: 'Good news' claiming 'falling global poverty' isn't news at all
Is poverty really on the decline across the world, as widely reported by the World Bank and United Nations? This ‘good news’ narrative is far from the...
Article: Connecting the dots: Human rights, inequality and poverty
We can rapidly realise the human rights of the world’s poor through global institutional reforms that reduce inequality and share the planet's natural...
Report: Heralding Article 25: A people's strategy for world transformation
After so many years of political inaction only the massed goodwill of ordinary people can bring about an end to poverty in a world of plenty through...
Printer-friendly version