Global hunger increases for a third year due to conflict, UN report finds 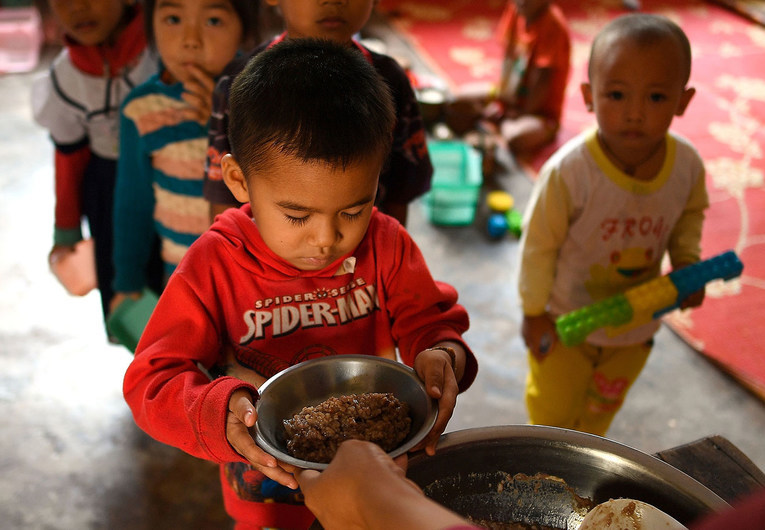 Global hunger has increased for a third consecutive year, with more than 821 million people suffering from chronic starvation driven by conflict and climate change, a United Nations report found.

The State of Food Security and Nutrition in the World 2019 report launched at a high-level political forum in the UN’s headquarters on Monday showed that hunger is on the rise in almost all of the African sub-regions, Latin America, Caribbean and western Asia.

Eliminating hunger is one the UN’s sustainable development goals, but the 2018 number of chronically undernourished people has risen by 10 million from 811 million in the previous year – a figure that was revised down after the original report said it also stood at 821 million.

“The number of people who suffer from hunger has gone up for a third year in a row,” Herve Verhoosel, senior spokesman of the World Food Programme, said in a statement to The National.

The report, prepared in conjunction with other UN bodies, including the World Health Organisation and children’s agency UNICEF, showed the number of hungry people across the globe was back up to where it was almost a decade ago.

“The world is not on track to meet the goals of ending hunger and ensuring access to food for all,” Mr Verhoosel said.

“The largest number of undernourished people [more than 500 million] live in Asia. Western Asia, which includes Syria and Yemen, shows a continuous increase since 2010, with more than 12 per cent of its population undernourished today.”

In Palestine and Iraq, conflict was the main driver of the crisis, whereas in Yemen, Afghanistan and South Sudan, conflict was compounded by climate change.

The report also indicated that hunger has been increasing in many countries where economic growth is lagging, such as Turkey.

A further two billion people globally experience moderate or severe food insecurity, with a lack of regular access to nutritious food putting them at risk of malnutrition and poor health.

“Africa is the region with the greatest prevalence of hunger in the world – one in five people. Hunger is also rising in Western Asia,” Mr Versoohel said.

Even people experiencing moderate food insecurity face uncertainty over their ability to obtain food and have been forced to compromise on the quality and quantity of what they consume.

At the same time, the number of school-age children and adults who are overweight and obese has continued to rise in all regions, with obesity contributing to four million deaths globally. Between 2000 and 2016 the level of obesity increased at a greater rate than being overweight.

The quality of food that is available has also affected growth levels, with 149 million children under five globally suffering from stunting.

“This year’s report continues to signal the significant challenges that remain in the fight against hunger, food insecurity and malnutrition in all its forms,” the report said.

The UN advised that if these trends continue, the sustainable development goals, as well as the 2025 World Health Assembly target to reduce the prevalence of low birthweight by 30 per cent, will not be attained.

Blog: World hunger is on the rise
The world already grows more than enough food to feed the world population. Why then do we keep getting it so wrong, acting like growing more commodity...
News: Income inequality reaches crisis level in West Africa
West African Governments have been blamed for the worsening poverty and inequality levels in their countries. According to the Oxfam and Development...
News: One climate crisis disaster happening every week, UN warns
Climate crisis disasters are happening at the rate of one a week, though most draw little international attention and work is urgently needed to prepare...
News: 'Climate apartheid' to push 120 million into poverty by 2030, UN says
The world is facing a "climate apartheid" between the rich who can protect themselves and the poor who are left behind, the UN has warned in a new report...
Printer-friendly version