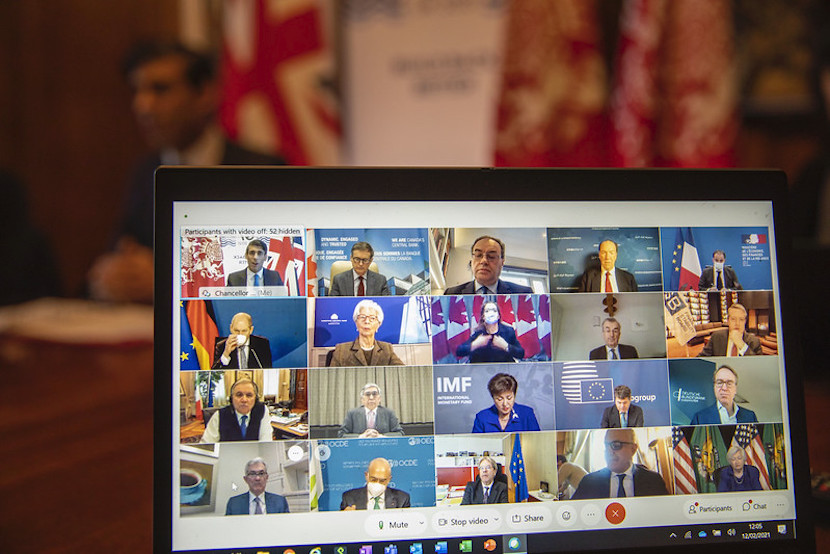 The world’s richest countries have finally agreed in principle to the idea of a global minimum corporate tax rate—a step that could signal a conclusion to a debate that has been raging for nearly a decade.

However, there’s a problem: According to tax justice campaigners, the agreed upon 15% minimum is too minimal, and the mechanism for distributing extra tax revenues would be unfair to the countries that aren’t the richest.

“Fixing a global minimum corporate tax rate of just 15% is far too low,” saidGabriela Bucher, Oxfam International’s executive director, when the finance ministers of the G7 club—the U.S., the U.K., Japan, Canada, France, Germany, and Italy—announced their agreement on Saturday. “It will do little to end the damaging race to the bottom on corporate tax and curtail the widespread use of tax havens.”

Those are indeed the objectives of the move. At the moment, multinationals get to shift their profits to low- or no-tax locales through artificial arrangements such as one part of the company paying another for the use of certain intellectual property.

In the European context, for example, a Big Tech firm might make some money from serving a customer in Belgium, where the corporate tax rate is 25%, but pay no or little Belgian tax on the profits, instead funneling them through a subsidiary in a country like Ireland (which currently has a 12.5% corporate tax rate) or Luxembourg (17%). Or much of the money could end up in no-tax country such as Bermuda—which is what Google, whose European headquarters is in Ireland, did until last year.

Under the changes being discussed, each country would get to levy tax on a portion of profits generated on its turf—at least a fifth, the G7 finance ministers said. Crucially, each company would end up paying at least the agreed-upon minimum rate, one way or another. If the profits end up in a country with a 7% corporate tax rate, for example, the country where the multinational is based would then demand the difference for its own coffers—that way, there should be less incentive to try avoiding tax by shifting the money around.

But while a 15% minimum tax rate would obviously make a huge difference to a company sending its profits to a place like Bermuda, the impact on those headquartered in a country like Ireland would be nowhere near as drastic.

“It’s absurd for the G7 to claim it is ‘overhauling’ a broken global tax system by setting up a global minimum corporate tax rate that is similar to the soft rates charged by tax havens like Ireland, Switzerland, and Singapore,” said Bucher. “They are setting the bar so low that companies can just step over it.”

Alex Cobham, chief executive of the U.K.-based NGO Tax Justice Network, said the agreement was “historic” and would make for “the biggest change in tax rules in 100 years.” However, he said, it was also “grossly unfair.”

“The G7, which is 10% of world’s population, would take 60% of revenues,” Cobham told Fortune. “To do that at any time would be bad, but to do it during a pandemic, where everyone, especially lower-income countries, is desperate for revenues to fund their recovery is unconscionable. This is a starting point, but it cannot stand.”

This is however not a done deal—just an agreement in principle between seven countries and the EU. “The problem is not getting the G7 to agree, it is getting the agreement of countries whose main competitive advantage is that they are a tax haven,” said Paul Donovan, chief economist at UBS Global Wealth Management, in a Monday note.

The G7 agreement will likely prove influential at an upcoming G20 meeting, which could lead to global agreement at the Organization for Economic Cooperation and Development (OECD). That is where most of the rest of the world will decide what minimum rate they want to see, so there’s plenty of room for negotiation between here and there.

“This is a starting point, and in the coming months we will fight to ensure that this minimum corporate tax rate is as high as possible,” said French finance minister Bruno Le Maire after the G7 finance ministers’ meeting.

Cobham said countries such as India and Argentina would campaign for a fairer system, but the G7 might block them.

“So then the need to take it to the UN would be irresistible. The G7 will still have a great deal of power at the UN, but not to the extent that they do in the OECD. For decades they have set the rules for themselves and everyone else,” he said.

Many campaigners have been calling for a tax floor more on the order of 21%—the rate that the Biden administration proposed before watering it down—or even 25%, which is what Oxfam, the Tax Justice Network, and others want to see.

Last week, the EU’s newly inaugurated, taxpayer-funded Tax Observatory issued a report saying a 25% minimum tax rate would boost EU revenues by €170 billion ($207 billion) a year. However, a 21% rate would only bring in an extra €100 billion—and a 15% minimum rate just half of that.

Blog: A corporate tax reset by the G7 will only work if it delivers for poorer nations too
G7 negotiations for a global minimum corporate tax rate offers the opportunity for a transformational shift in responses to the pandemic, explains Alex...
Report: Poor pushed aside as corporates pocket pandemic funds in developing countries
Large corporations, rather than ordinary people, have been the main beneficiaries of Covid bailout funds in many lower-income countries.
Blog: A tide-turning moment in the global struggle for tax justice
It’s not often that you can celebrate an outright, global triumph for the advocacy efforts of a movement. But for tax justice, this is one of those days,...
Article: Illicit financial flows hinder development in Africa – the UN must rise to the challenge of ending this
Every year, US$88.6 billion leaves Africa in the form of illicit capital flight according to the 2020 report of the United Nations Conference on Trade and...
Report: $427bn lost to tax havens every year: landmark study reveals countries’ losses and worst offenders
Countries are losing a total of over $427 billion in tax each year to international corporate tax abuse and private tax evasion, costing countries...
Printer-friendly version