Famine knocking at the door of 41 million worldwide, WFP warns 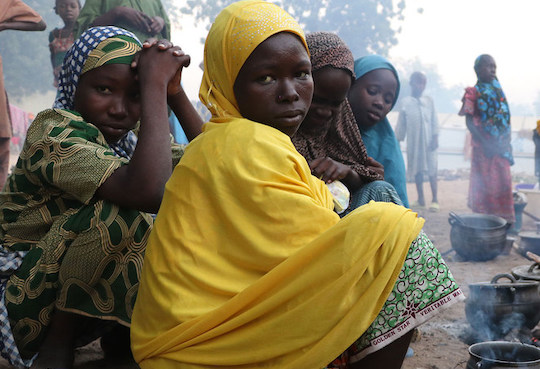 Famine is already present in four countries but millions more people are at risk, the World Food Programme (WFP) have warned, underscoring the need for urgent funding and humanitarian access to reach those in need.

Recent analysis by the UN agency reveals 41 million people in 43 countries “are teetering on the very edge of famine”, up from 27 million two years ago.

“I am heartbroken at what we’re facing in 2021. We now have four countries where famine-like conditions are present”, WFP chief David Beasley told its Executive Board on Monday, according to a press release.

He described the situation as “just tragic”, as “these are real people with real names.”

Nigeria and Burkina Faso are also of particular concern as they have pockets where famine-like conditions are present.

“In Somalia in 2011, 260,000 people died of hunger – and by the time the famine was actually declared – half of that number had already died,” Mr. Beasley recalled. “We can’t debate the numbers to death when people need our help now.”

Hunger has risen due to conflict, climate change and economic shocks, WFP said.  However, soaring prices for basic foods have also compounded the situation, with the global cost of maize rising almost 90 per cent year-on-year, for example.

In many countries, currency depreciation is also a factor, the agency added.  This has driven prices even higher, stoking food insecurity in places such as Lebanon, Nigeria, Sudan, Venezuela and Zimbabwe.

WFP is this year mounting its biggest operation ever, targeting 139 million people.  With sufficient funding and access, the agency said it can provide them with lifesaving food and nutritional assistance.

“I want to emphasize just how bad it is out there. Today, 41 million people are literally knocking on famine’s door. The price tag to reach them is about $6 billion. We need funding and we need it now,” he said.

News: Acute food insecurity soars to five-year high
The number of people facing acute food insecurity and needing urgent life and livelihood-saving assistance has hit a five-year high in 2020 in countries...
News: Governments should give single day's military spending to fight hunger
Aid organisations call on governments to give a single day’s military spending to fight hunger. Only 26 hours of global military spending is enough to...
News: Acute hunger set to soar in over 20 countries, warn FAO and WFP
Acute hunger is set to soar in over 20 countries in the coming months without urgent and scaled-up assistance, warn the UN's Food and Agriculture...
Blog: In a “world of plenty,” G7 must fight famine
World leaders must step up and take action in fighting famine to prevent further catastrophic levels of hunger and deaths, said Oxfam. Ahead of the 43rd...
Printer-friendly version