Extreme poverty to rise for first time in more than 20 years due to COVID-19, World Bank warns 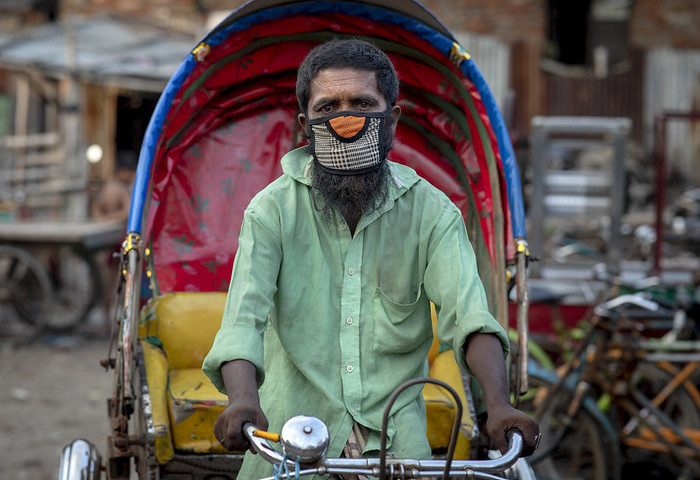 Global poverty is expected to rise for the first time in more than 20 years this year as the pandemic compounds the impacts of conflicts and climate change, the World Bank warned has warned in a new report.

The financial institution projects that COVID-19 could push an additional 88 million to 115 million into extreme poverty this year. This is then projected to rise to 150 million by 2021, depending on the severity of the economic impact.

Because of the pandemic, as many as 9.4 per cent of the world's population could live in extreme poverty this year — an increase from the 9.2 per cent in 2017.

This would be the first regression since 1998 when many Asian countries were dealing with a deep financial crisis.

Had the pandemic not taken place, the poverty rate was expected to drop to 7.9% in 2020.

"In order to reverse this serious setback to development progress and poverty reduction, countries will need to prepare for a different economy post-COVID, by allowing capital, labour, skills, and innovation to move into new businesses and sectors," World Bank Group President David Malpass said.

It also stressed that although COVID-19 is having a huge impact, progress on reducing global poverty had slowed over the past few years with annual drops of 0.5 per cent between 2015 and 2017 compared to yearly reductions of around 1 per cent between 1990 and 2015.

News: First famines of coronavirus era are at world’s doorstep, U.N. warns
The first famines of the coronavirus era could soon hit four chronically food-deprived conflict areas — Yemen, South Sudan, northeast Nigeria and the...
Blog: The World Bank needs to understand poverty and what it actually costs a family to live on
The World Bank claims poverty is decreasing around the world but UN research shows it depends on what you measure. If we are serious about reducing...
Blog: Are we moving towards a ‘world free of poverty’?
There are reasons to question the World Bank's upbeat estimate of global poverty, especially if non-income dimensions are considered. If we adopt a truly...
Article: We can’t trust the IMF and World Bank to lead the COVID-19 recovery
Despite decades of protests against them, the IMF and World Bank continue to force the same discredited policies on poor governments and their people,...
Article: World bank poverty figures: what do they mean?
The World Bank's revised international poverty line of $1.25, which on many counts reveals a negligible difference in reducing poverty since 1981, raises...
Printer-friendly version