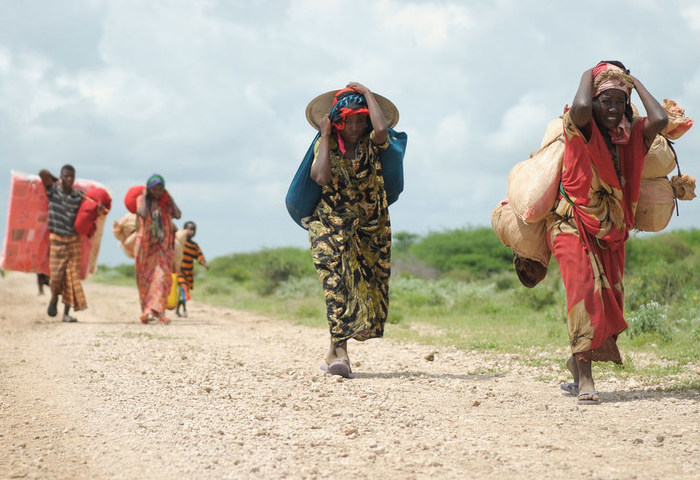 Billionaires whose wealth has soared during the coronavirus pandemic should stump up to provide emergency aid to the record numbers of people facing starvation, the head of a US charity supporting the World Food Programme has said.

The pandemic and ensuing economic crisis have contributed to a sharp rise in the number of people on the brink of starvation around the world. The WFP, the UN agency that provides emergency relief, was needed by 138 million people last year, up from about 100 million in 2019.

That figure is expected to increase again this year, to about 235 million people “marching toward starvation”, according to Barron Segar, the president and chief executive of the World Food Program USA. “Without doubt, we are facing the largest humanitarian assistance programme in history.”

But the funds the WFP has available are not increasing at the same rate, and Segar estimates that the shortfall will reach about $5bn (£3.7bn) this year.

“Imagine one person to stand up and say they have heard the call, they will donate $5bn,” he told the Guardian. “We are trying to unlock the private sector. There are more billionaires in the US than we have ever had before, and many billionaires are successful because of Covid.”

He warned that despite the distribution of vaccines, the pandemic and economic crises were showing no signs of releasing their grip on the world. “Things are going to get worse,” he said. “My crystal ball looks very bleak. More people will die not because of Covid, but because of the economic fallout from Covid.”

People in some of the countries worst stricken by starvation, including Afghanistan, Yemen and Burkina Faso, have suffered less from the virus itself than the indirect impacts. For instance, as developed economies around the world have taken an economic hit, the diaspora of these countries who would normally send remittances home have had less money to do so. Added to that are problems with getting governments with budget shortfalls to commit more economic aid, and the increased difficulties of reaching people in remote areas because of travel restrictions imposed due to Covid.

These problems come on top of conflicts and natural disasters such as locust swarms in east Africa, as well as long-term difficulties such as worsening climatic conditions, which have combined to push people to the brink of starvation.

Last year’s efforts, when the WFP reached 97 million people in the first nine months, were “wonderful news”, said Segar, but he warned that “we have only postponed disaster”.

The World Food Programme, which was established in 1961, was awarded the Nobel peace prize last year in recognition of its decades of work relieving hunger. In its citation, the Nobel committee said: “The world is in danger of experiencing a hunger crisis of inconceivable proportions if the World Food Program and other food assistance organisations do not receive the financial support they have requested.”

Segar said he was taking the unprecedented step of asking for an individual billionaire, or small number of donors, to come forward because he could see little other prospect of filling the funding gap. “Hunger is solvable,” he said. “This can be solved with significant support from ultra high net worth individuals.”Segar declined to name any individual billionaires, but several of the world’s richest people have seen their fortunes soar with the impacts of the virus and lockdowns across the world.

Amazon has benefited from the massive increase in online shopping, while usage of Facebook and Twitter has leapt as people spend more time online and work from home. Shares in Elon Musk’s electric car company, Tesla, have risen in value as conventional carmakers and oil companies have suffered. Musk has now overtaken Jeff Bezos of Amazon as the world’s richest person.

The Financial Times newspaper recently identified 100 companies that have enjoyed rising fortunes during the pandemic, including Apple, Microsoft, PayPal and Visa among the top 15 risers by market capitalisation. Stock markets reached new highs late last year, despite the pandemic, as governments poured money into propping up the global economy.

While some billionaires, such as Bill Gates of Microsoft and MacKenzie Scott, the former wife of the Amazon founder Jeff Bezos, have resolved to devote most of their vast fortunes to philanthropy, most seem reluctant to link their rising wealth with the pandemic.

Several companies contacted by the Guardian declined to say whether their billionaire founders would respond to Segar’s call, but pointed to philanthropic work they have undertaken.

Google said it had provided $800m to small businesses, as well as $100m towards Covid relief from its philanthropy arm, Google.org. Amazon pointed to Bezos’s donation of $100m last year to Feeding America, and his 2018 launch of the $2bn Day One Fund, focused on homelessness and preschooling.

The US provides much of the funding to the WFP, and under president-elect Joe Biden may take greater interest in its programmes. The UK slashed its overseas aid last year, to the consternation of many development experts.

Last year, the WFP executive director, David Beasley, warned the Guardian of “famine of biblical proportions” because of natural disasters and conflicts, compounded with the effects of the coronavirus pandemic.

Filed under:
Poverty and hunger, Environment, War and conflict

Report: 2.7 billion people did not get state aid during pandemic
The COVID-19 pandemic and the lockdown measures to contain it have hit millions of people hard, with poverty set to increase sharply in almost every...
News: Pandemic to fan surge in humanitarian needs in 2021
The UN humanitarian office says needs for assistance have ballooned to unprecedented levels this year because of COVID-19, projecting that a staggering...
Blog: Global poverty soars as incomes of world’s billionaires hit new highs
The phenomenal rise in extreme poverty -– for the first time in 20 years — has been accompanied by an upsurge in the incomes of the world’s billionaires...
Blog: COVID-19 compounding inequalities
The COVID-19 pandemic has highlighted many existing inequalities, and may worsen divergence among countries. While the poor have struggled to survive, the...
News: UN issues $100m emergency funding and calls for global effort to avert famine
The UN has earmarked $100m (£75m) in emergency funding for seven countries deemed at risk of famine, warning that without immediate action the world could...
Printer-friendly version