A world of ‘sharing and caring’ won’t begin in Davos 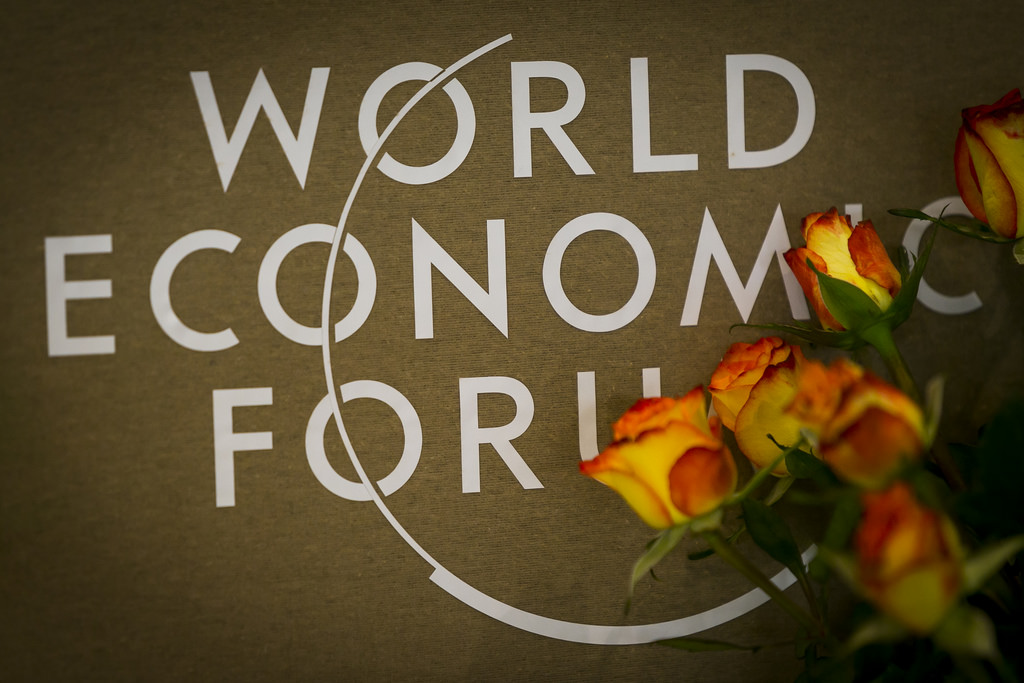 At this year’s gathering of the world’s richest and most powerful at Davos, the World Economic Forum founder has urged delegates that the motto for their 2015 meeting should be ‘sharing and caring’.

Inequality is again on the agenda (if not considered the top threat to world stability, as last year), which has prompted many critics to point out – as usual – that the solutions to inequality are unlikely to come from the global elites that are largely responsible for creating it.

Despite all the media debates and high-profile discussions there is mainly talk and no action when it comes to creating a more equal society. And the only kind of sharing that is championed by the corporate executives and world leaders at Davos is within the context of charity and big business, rather than discussing any real solutions that would require government interventions and wealth redistribution.

A new report and series of interactive infographics from Global Justice Now, formerly the World Development Movement, exposes the core myths that define the worldview of this tiny group of elites. In a refreshingly straightforward and incisive way, it demonstrates the fallacies behind their ideology that is now deeply ingrained in society and a serious obstacle to building a fairer, more sustainable world for the majority.

For example, it is not true that the ‘poor are getting richer’ in the face of soaring inequality, which is starkly illustrated in sub-Saharan Africa where there has been almost no improvement in poverty rates since 1981 (indeed, the number of people living on less than $2 has doubled over this period). As often repeated, the vast majority of the fall in global poverty since the 1990s is the result of China’s effectiveness at tackling poverty, which it famously achieved without following the prescriptions of the so-called Washington Consensus.

The reality is that while the rich have certainly got richer as a result of economic globalisation, most of the poor have remained in poverty. Believing otherwise is to conveniently overlook the devastating impacts of free market, neoliberal economic policies in many developing countries, as well as the inequalities of power that keeps poor people poor. But this is, of course, unlikely to be the chief concern at Davos where discussions revolve around a common theme: that their business practices, overseas investments, entrepreneurial talent and philanthropy are the only answer to world problems.

Another myth is that economic growth is the panacea for social ills and poverty, despite all evidence to the contrary. As the Global Justice Now report argues, growth – while important – is never enough, unless a nation’s economy is geared to sharing the benefits of growth fairly. As long as the benefits are increasingly captured by a small global elite, it is inevitable that the lives of those at the bottom of society will continue to get worse. A neat graphic illustrates a stark fact from the New Economics Foundation’s report Growth isn’t working, asking the reader to guess how much of each $100 of global economic growth has actually contributed to reducing poverty – which is an astonishing $0.60. (Equally shockingly, 95% of the proceeds of growth in the US went to the top 1% during the three years of economic recovery that followed the 2008 financial crash.)

Several of the report’s myths also simply describe how the global economic system is fundamentally skewed in favour of rich countries, which is the real reason why billions of people in poorer countries are lacking the essentials for life, such as adequate food, water and energy. So the image of Africa as poor and helpless is wrong, because the continent is one of the richest in terms of natural resources – and far more money is extracted from the region (such as through profit repatriation, debt repayments and tax evasion) than is given in aid.

The report also argues that international aid could make the world a fairer place, but only if it undergoes major reform so that it is genuinely redistributive and no longer a tool of free market policy. At present, aid is increasingly being used to support multinational corporations in their quest for profits, such as by forcing poor countries to privatise their public services. But this does not mean that overseas development assistance should be entirely scrapped as a system, as “redistributing wealth from the richest to the poorest is a necessary element of creating a fairer world – as it is in creating a fairer society.”

More ambitiously, the report suggests, we should see aid more as a system of global taxation in which it is used to help build what we might call ‘sharing societies’ in all countries. It concludes: “The funds would have to be much bigger than they currently are to create such a change, and the mentality would have to change completely. Creating a better world is not generous, especially if you have created the unfairness in the first place. What’s more aid can never be seen in isolation. Fairer trade, cancelling unjust debt, stopping climate change, tackling tax havens and securing democratic freedoms are all more important in achieving global justice.”

Such common sense is sadly not the preserve of orthodox thinking among the majority of attendees at the luxurious ski resort of Davos, where there is no hint of the poverty and hardship suffered by billions of people elsewhere in the world. As ever, it is up to campaigners and concerned citizens to challenge the myopic outlook of those elites who are concerned about growing inequality, but unwilling to embrace the necessary measures to reverse it.

Blog: Oxfam’s latest bombshell on how unequally the world’s wealth is shared
Twitter feeds and newspaper headlines were again dominated this morning by new statistics on growing wealth inequality, as released by Oxfam ahead of this...
Article: The cry for justice
As the economic crisis worsens, the foremost responsibility of governments is to redesign our political and economic systems so that no-one dies of hunger...
Article: Extreme wealth vs global sharing
Campaigners have long proposed measures to reduce extreme inequality, but policymakers remain fixated on an economic model that threatens to undermine the...
Report: A primer on global economic sharing
In an increasingly unequal and unsustainable world, governments must urgently move beyond the restrictive political and economic ideologies of the past...
Printer-friendly version