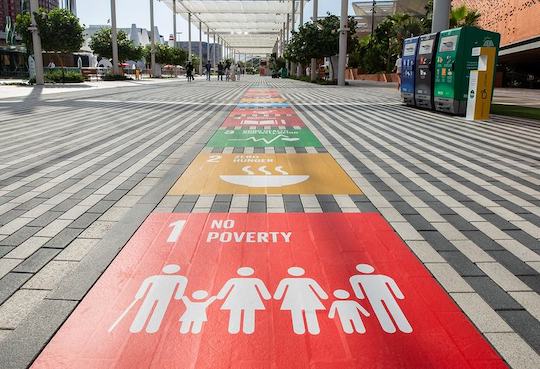 The four-month-old Russian invasion of Ukraine, which has triggered a hefty increase in military spending among Western nations and a rise in humanitarian and military assistance to the beleaguered country, is now threatening to undermine the flow of Official Development Assistance (ODA) to the world’s poorer nations.

In an advance warning of the upcoming cuts, the UN’s Deputy Secretary-General Amina Mohammed told a recent meeting of the Economic and Social Council (ECOSOC): “As Chair of the United Nations Sustainable Development Group, I am deeply troubled over recent decisions and proposals to markedly cut Official Development Assistance (ODA) to service the impacts of the war in Ukraine on refugees”.

UN Secretary-General Antonio Guterres, who was equally concerned about the impending reductions, has urged donor nations to reconsider making cuts that will affect the world’s most vulnerable.

The people who benefit from the work of the UN system need additional and more predictable funding, he added. “Contributions to key UN agencies, funds and programmes, working with people on the ground, are facing steep proposed reductions. Cuts to development and the United Nations mean scaling back support at a time when demand for support to meet the deepening development needs has reached an all-time high”.

He said ODA is more necessary than ever, and called upon all countries to demonstrate solidarity, invest in resilience, and prevent the current crisis from escalating further.

According to a UN report, titled 2022 Financing for Sustainable Development Report: Bridging the Finance Dividereleased last April, “the fallout from the crisis in Ukraine, with increased spending on refugees in Europe, may mean cuts to the aid provided to the poorest countries”

At a meeting in mid-May, the Group of Seven – comprising some of world’s biggest economies — Canada, France, Germany, Italy, Japan, UK and the US, plus the European Union– agreed to provide nearly $20 billion to support Ukraine and bolster its war-ravaged economy.

Separately the US has pledged over $40 billion in economic, humanitarian and military assistance to Ukraine since the Russian invasion last February.

The widespread fear is that the collective $60 billion assistance to Ukraine may result in corresponding reductions in ODA.

Bhumika Muchhala, senior advocate on global economic governance at the Third World Network, told IPS cuts to ODA at a time of a convergence of crises in the Global South is extremely concerning.

She said the pandemic is still ongoing, and health and economic recovery need immediate funds. Food security is being threatened by global supply disruptions, exacerbated by the war in Ukraine, creating urgent crises of malnutrition, hunger and even famine.

She also pointed out that climate change is creating catastrophes every day, from fatal heat waves to floods and droughts, while both existing climate financing as well as ODA commitments still remain unfulfilled by rich countries.

“Underpinning these crises is the surge in gender inequality, as women absorb the shocks and costs of global inequalities”.

“Making matters worse, a large number of developing countries are in debt distress or experiencing debt crisis, leading to another era of austerity that is already arresting the achievement of SDGs, resulting in a retrogression of poverty reduction that has taken many decades of hard-won economic and social development to achieve”. said Muchhala.

In light of the fact that every crisis in the South will ripple through the world economy with adverse effects for all, “rich countries have a collective duty to fulfill existing ODA commitments, as well as climate financing commitments and efforts to create genuine fiscal space for developing countries through equitable debt restructuring, international tax cooperation to eradicate illicit financial flows, and needs-based issuances of Special Drawing Rights,” she declared.

The Development Assistance Committee (DAC) of the Organization for Economic Cooperation and Development (OECD), comprising some of the world’s richest nations, has been providing development assistance since the 1960s.

According to OECD, ODA is defined as “government aid that promotes and specifically targets the economic development and welfare of developing countries”.

The DAC adopted ODA as the “gold standard” of foreign aid in 1969 and it remains the main source of financing for development aid.

The April UN report, 2022 Financing for Sustainable Development Report: Bridging the Finance Divide, said record growth of Official Development Assistance, increased to its highest level ever in 2020, rising to $161.2 billion.

“Yet, 13 countries cut ODA, and the sum remains insufficient for the vast needs of developing countries”.

But according to OECD, ODA rose to an all-time high of $178.9 billion in 2021, up 4.4% in real terms from 2020 as developed countries stepped up to help developing countries grappling with the COVID-19 crisis, according to the latest available figures.

This figure included $ 6.3 billion spent on providing COVID-19 vaccines to developing countries, equivalent to 3.5% of total ODA. Excluding ODA for donated COVID-19 vaccines, ODA was up 0.6% in real terms from 2020.

The beneficiaries of ODA include the UN’s 46 least developed countries (LDCs), described as the poorest of the world’s poor.  https://unctad.org/topic/least-developed-countries/list

Meanwhile, in a new report released May 24, the United Nations Development Programme (UNDP) warned of the direct and indirect impacts of the war in Ukraine on the African continent, which could further stall the continent’s development trajectory already significantly jeopardized by the COVID-19 crisis.

This report, entitled “The Impact of the War in Ukraine on Sustainable Development in Africa”, reinforces findings of the Global Crisis Response Group (GCRG) that the war in Ukraine is pushing the 2030 Sustainable Development Goals and the aspirations of the African Union’s Agenda 2063 further out of reach, and provides key recommendations for actions that need to be taken immediately, to avert further crises in Africa.

“Africa is facing a double crisis with the combined effects of the war in Ukraine and of the COVID-19 pandemic. However, with strategic partnerships, the crisis also presented the opportunity to rechart Africa’s development trajectory, breaking away from a dependency cycle” said Achim Steiner, Under-Secretary-General of the United Nations and UNDP Administrator.

“Now is a critical time for action. It is time to intensify efforts and reframe development finance, strengthen resilience in African economies, and foster economic transformation as a key driver for change in Africa.”

According to the report, some of the direct impacts of the crisis in Africa include trade disruption, food and fuel price spikes, macroeconomic instability, and security challenges. African countries are particularly affected due to their heavy reliance on imports from Russia and Ukraine.

The current hike in prices for food and fuel directly affects the entire continent, including the biggest economies, as food and fuel account for over one-third of the consumer price index in most African countries, (Nigeria 57 per cent, Egypt 60 per cent, Ghana 54 per cent, and Cameroon 42 per cent).

In 2020, African countries imported $4.0 billion worth of agricultural products from Russia, 90 per cent of which was wheat.

The full report is accessible [here]

Daniel D. Bradlow, SARCHI Professor of International Development Law and African Economic Relations at the University of Pretoria told IPS: “I think the UNDP statement gives a good summary of the situation”.

“The impact of the war in Ukraine is having a devastating impact on Africa. If it continues it is likely to lead to hunger, increased poverty and serious debt crises across the continent,” he added.

“If the Western countries really wanted African support for the war in Ukraine, they should have taken steps to shield Africa and other parts of the Global South from the impacts of a European war. Instead, they are redirecting aid that could have gone to Africa to Ukraine and are cutting their aid budgets”.

He pointed out that the support that is being offered through the IFIs and others are likely to be in the form of loans rather than grants.

“This means that at the end of the day, the Western states are making African states pay for a conflict in Europe that suits their political agendas.”

“Over 350 million vaccine doses came from hoarded stocks, some of which, were donated far too close to their expiry date. Many more were donated without essential equipment such as syringes making them almost useless. Including these ‘donations’ in aid budgets inflates aid. It is merely donors patting themselves on the back for a job that may have cost lives,” he noted

“The war in Ukraine poses a risk to future aid budgets. Aid is already being pulled from countries like Syria to fund the reception of Ukrainian refugees in Europe.”

“We are left with the bizarre situation where European countries could become the largest recipients of their own aid. Instead of cherry-picking humanitarian crises, donor governments need to boost aid budgets to meet the challenges of today.”

Blog: A hunger crisis threatens millions. Will world leaders take action?
One person is dying from hunger every 48 seconds in East Africa. A global galvanising effort is urgently needed, writes Gareth Owen for openDemocracy.org
Blog: Inequality tightens its grip on the most vulnerable
Please do not say you were not aware that the world produces enough food to feed all human beings on Earth, while nearly double the combined European...
News: Hunger crisis grips Horn of Africa – but 80% of Britons unaware, poll shows
The UK government has been urged to give the hunger crisis gripping the Horn of Africa “proper attention”, as new polling showed just two in 10 people in...
Blog: With clenched fists, they spend money on weapons as the planet burns
Two important reports were released last month, neither getting the kind of attention they deserve, writes Vijay Prashad for the Tricontinental: Institute...
News: 'Avoidable tragedy': Rich nation failures blamed as global hunger hits record high
The number of people suffering from extreme hunger reached an all-time high in 2021 and is on track to increase further this year—unless wealthy countries...
Printer-friendly version