Share The World's Resources verdict on the Paris Agreement 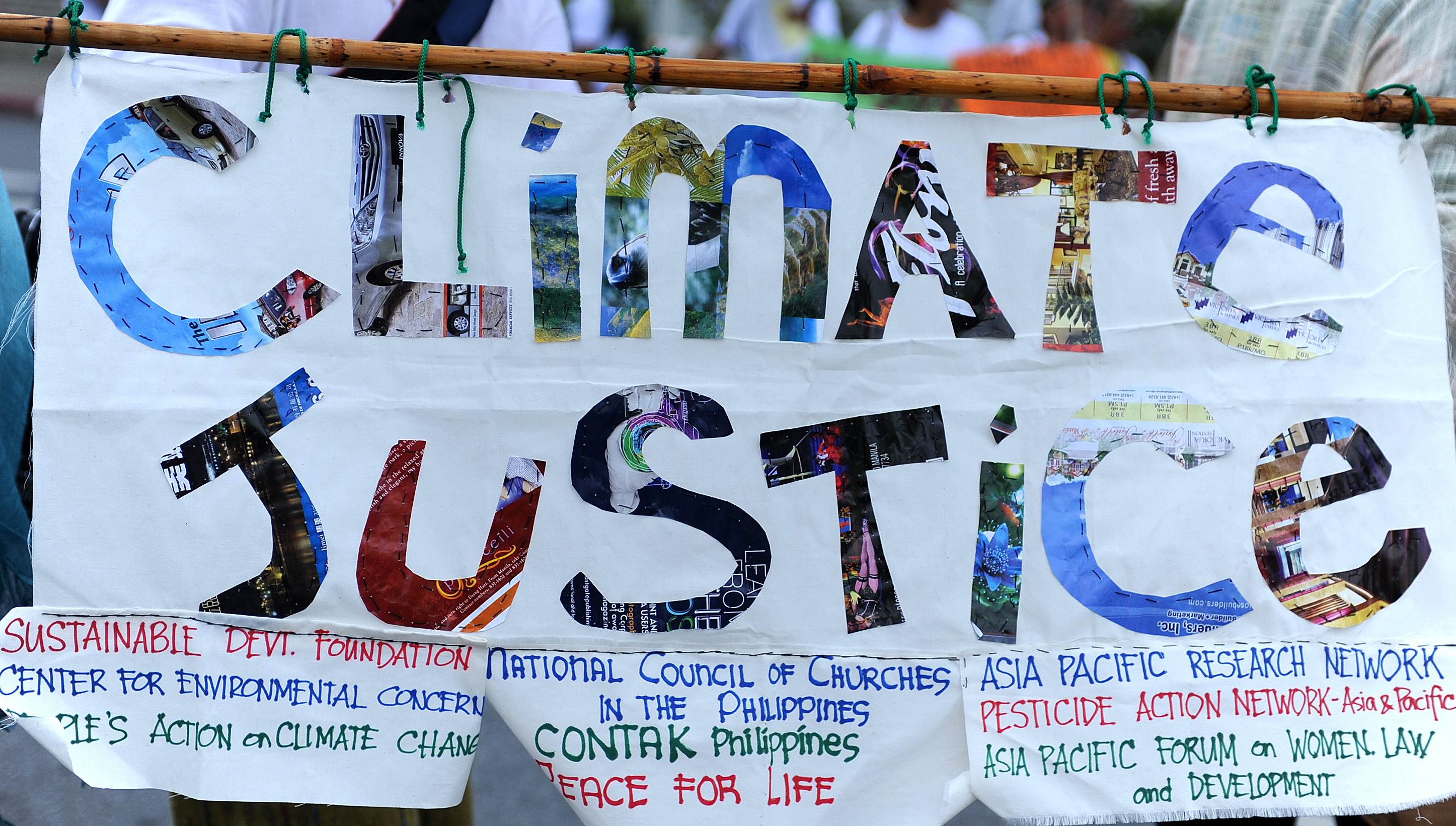 There is no true ambition or justice in a global climate deal that undermines the principles of sharing, equity and justice. But after the ‘COP-out’ negotiations in Paris, there is still every hope that the growing power of the people’s voice can usher in a more equal and sustainable world.

Now that all the world leaders, diplomats, lobbyists, and NGOs have returned home after COP21, environmental campaigners are still taking stock of the new climate deal agreed in Paris. In many ways, the newspaper headlines heralding a ‘major leap for mankind’ and ‘the world’s greatest diplomatic success’ were justified. The aspirational goal to keep temperatures at 1.5C above pre-industrial levels is certainly more ambitious than expected, and much has been made of the ultimate goal of ‘net-zero human emissions’ in the second half of this century.

Despite the fanfare, however, it’s impossible to call the Paris Agreement an actual success in terms of environmental sustainability or global justice. Green groups have widely argued that the 1.5C aspiration is meaningless without concrete measures for hitting it, while the individual emissions reductions promised by world powers will not be sufficient to prevent global temperatures rising beyond 2C. We are still headed for a catastrophic rise of 3C, and even these existing pledges are not legally binding. So far from being ambitious in any real sense, there are no longer binding targets or meaningful carbon cuts obligated on rich countries—which is almost a step backwards from the Kyoto Protocol (itself deemed inadequate in 1997).

There is also no justice in an agreement in which no new money is pledged to help developing countries adapt to climate change and move beyond fossil fuels. The pre-existing pledge of $100 billion per year of climate finance is about one quarter of the sums needed, according to civil society analysis, and this again is non-legally binding and couched in vague language. As campaigners have long reasoned, it is not a question of aid, loans or charity; it is about the historical debt of rich countries to the majority world. Yet this was far from the basis of the Paris negotiations, where the obligation was shifted back onto poor countries and proposals for climate reparations were pushed off limits. At the same time, the final agreement dropped any reference to human rights or Indigenous rights in the main text.

A growing call for ‘fair shares’

On a more positive note, a global call for sharing is now a central theme among civil society activists who focus on environmental justice issues. Indeed the crunch point in the Paris talks involved—as ever—the vexed issue of how to share responsibility for climate change between developed and developing countries. Campaigners have meticulously articulated how fairness and equity is key to the success of any climate negotiations, as reflected in the major ‘fair shares’ civil society review of government pledges to reduce carbon emissions. Demands for rich countries to remember their #FairShares at COP21 was even a rallying cry of protesters who staged actions outside the talks.

As anticipated, the final agreement did not include a clear reference to a global carbon budget as a basis for targets, which is imperative for any discussion about how to fairly share the Earth’s atmospheric space between rich and poor countries. The talks spelled out no vision of equity or fairness; on the contrary, the United States did everything it could to undermine the landmark principle of equity in the UNFCCC negotiations—known as Common But Differentiated Responsibilities and Respective Capabilities—by using bullying tactics and bribery to get its way.

Instead of addressing the root causes of climate change and committing to the measures needed to reduce inequality and overconsumption, most world leaders continue to sanction an unjust economic system that is fuelled by fossil fuel extraction. There is an obvious contradiction in major industrialised nations signing the Paris deal on one hand, while pushing for environmentally damaging trade deals such as the TTIP and TPP on the other. As widely pointed out, there was no mentioning in the text of the word ‘fossil fuel’ (let alone the need to keep 80% of fossil fuels in the ground). Nor was there was any reference to the global military industrial complex that is next to the fossil fuel industry in its global GHG emissions.

The latest climate agreement will be remembered in history as “the Polluters’ Great Escape”, according to one progressive analyst, since it weakens the rules on rich countries and promises no fundamental changes in how the global economy is structured. Far from discussing the difficult political, economic and social changes that are needed to tackle climate change in the near and longer term, the door is also opened once again to carbon markets and other false solutions that suit big corporations.

For all these reasons and many others, the real hope for building a more just and sustainable economic system falls ever more firmly on the shoulders of ordinary, engaged citizens. The last words of many environmental activists following COP21 can only be repeated: that the main obstacles to change are not scientific or technical, but social and political. That history will not be made in convention centres and government institutions, but on the streets in massive peaceful protests and direct actions. That we as people of goodwill are not yet strong enough to dismantle the power of global corporations, but there is increasing evidence that a movement for transformative systemic change is growing apace.

So even if the Paris Agreement failed to reflect the principles of sharing, justice and equity in anything near to their true form of global expression, the great challenge of the 21st century—to fairly distribute the planet’s resources within environmental constraints—has never been more clear or urgent.

Article: The climate deal sham: only sharing can break the deadlock
The recent climate talks in Doha were held as if in an alternative reality to distressing developments across the world. But there still remains hope and...
Article: The follies of growth and climate denial
The rising tide of economic growth has failed to lift all boats and is now promising to be environmentally disastrous. In the face of anthropogenic...
Article: Mobilising a counter-hegemonic climate movement
As concerned citizens mobilise for climate change demonstrations across the world, never has it been more important to embrace a collective demand for ‘...
Report: Heralding Article 25: A people's strategy for world transformation
After so many years of political inaction only the massed goodwill of ordinary people can bring about an end to poverty in a world of plenty through...
Printer-friendly version