Share The World's Resources at the BIEN Congress in Lisbon, Portugal in September 2017 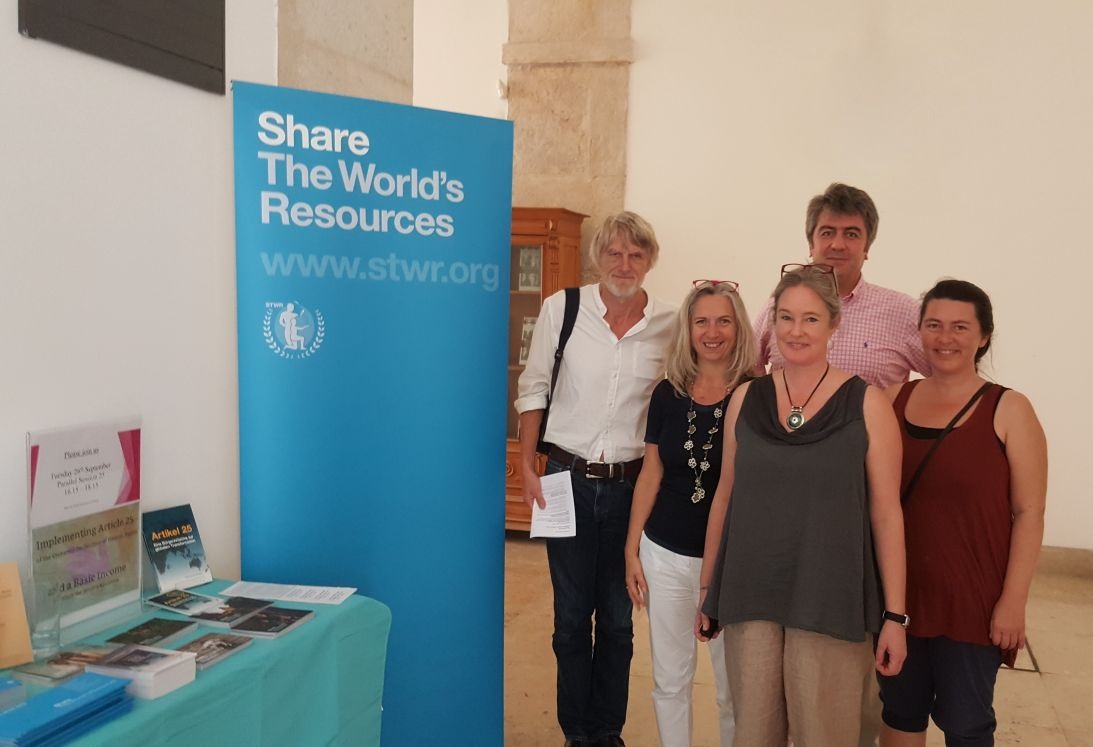 STWR took part in the BIEN Congress for the first time with a presentation on Article 25 of the Universal Declaration of Human Rights, and its important role in building a solid platform for implementing basic income schemes worldwide.

At the 17th Basic Income Earth Network (BIEN) Congress in Lisbon, 33 different countries took part including Brazil, India, South Korea, Japan, America and many European countries. Over the course of the three days there were many key speakers, such as Phillip van Parijs and Guy Standing, both well known authors and founders of BIEN 30 years ago, and respected members of the movement.

Another was Enno Schmidt, one of the founders of the people's initiative for an unconditional basic income in Switzerland, which put the proposal to a referendum last June. While many people talk about the outcome of this referendum as being negative (as only 23% of the population supported it), Schmidt did not see it in quite the same light, explaining that in Switzerland it usually takes three referendums on the same subject before a proposal is voted in, and that 23% supporting it on the first run was actually very promising.

Annie Miller, a further co-founder of BIEN and the Citizen's Basic Income Network Scotland, was presenting her new book - A Basic Income Handbook - in which she not only explores the idea of a basic income, but also offers extensive economic data to support the proposal, being a former instructor of economics at the Heriot-Watt University in Edinburgh. 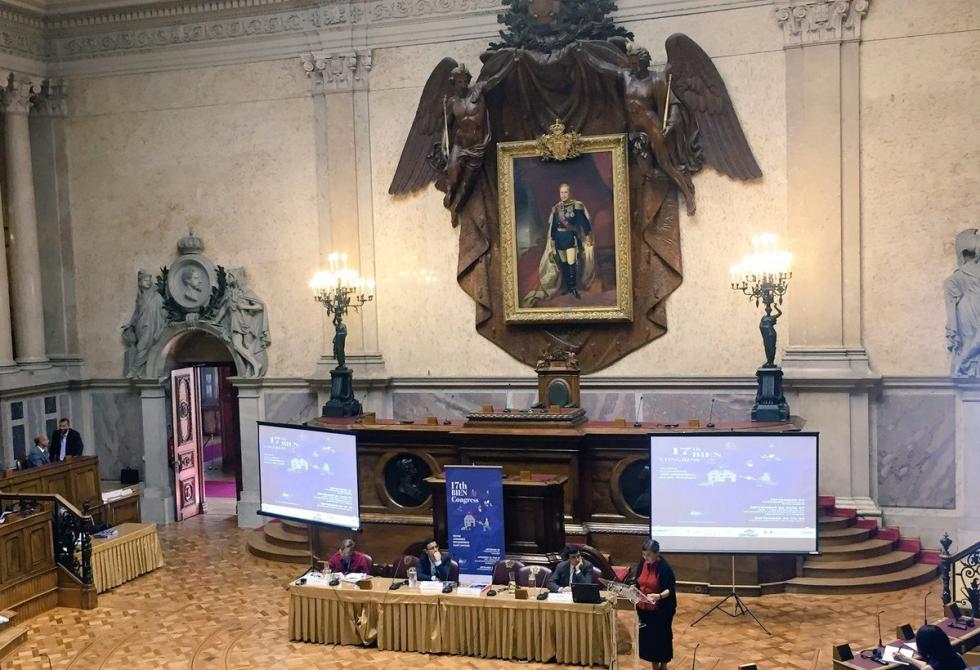 The BIEN Congress received substantial media coverage in Portugal both during and after the event, and in general the subject is getting increased attention worldwide. Many more countries are signing up for, or discussing the prospect of running trials, such as in Finland, Canada, Netherlands and Scotland (where pilot schemes in three different cities are being planned).

STWR took part in the BIEN Congress for the first time with a presentation on Article 25 of the Universal Declaration of Human Rights, and its important role in building a solid platform for implementing basic income schemes worldwide. STWR sees both of these demands – for Article 25 and a truly universal basic income - as a vital step forward in bringing about the transformations that this world so desperately needs.

For both demands to be taken seriously by our governments, however, it will need the support of ordinary people across the world, with millions upon millions uniting behind these interrelated causes. Lobbying our elected politicians alone will no longer be enough - it appears as if serious cooperation between nations only exists when it comes to trade deals, but not when it concerns the welfare of humanity as a whole. Therefore continuous and peaceful demonstrations are needed in every country, based on a common sense appeal for a fairer sharing of the world’s resources.

This is the essential message of STWR’s latest book - Towards a universal basic income for all humanity - which we promoted at the BIEN Congress along with our flagship publication, Heralding Article 25: a people’s strategy for world transformation. During our talk at one of the parallel sessions held during the event, we presented STWR’s case for building a mass global movement to end hunger and poverty, which represents the surest route towards ultimately achieving a basic income for all humanity. As we argued, the call for a universal basic income is one of the most important developments of our time - yet it is a call that is unlikely to be heeded by all nations, unless we firstly achieve immense protest actions on behalf of the forgotten ones who needlessly die every day.

Many attendees at the BIEN Congress were inspired by STWR's vision and proposals, including Dr. Ali Mutlu Köylüoğlu (pictured further above), an advocate of UBI and member of BIEN and the founder of UBI-T (Universal Basic Income Turkey). He said: "Article 25 of the Universal Declaration of Human Rights should be embraced by BIEN in their description of Basic Income. We see it as the soul of the Basic Income concept."

A motion has been prepared by Dr. Köylüoğlu, following the workshops held at the conference in Lisbon, which was signed by 72 participants from 23 countries. The motion was discussed during the General Assembly at the end of the conference and it was decided to include the motion to the agenda of the next General Assembly of BIEN to be held in Helsinki, Finland, in August 2018, in conformity with the internal rules of BIEN.

Another supporter of STWR's efforts to integrate the cause of Article 25 into basic income proposals is Anja Askeland, co-founder of BIEN Norway and vice chair of UBIE (Unconditional Basic Income Europe). Her committed efforts helped to make it possible for the European movement for a basic income to join forces with the Basic Income Earth Network for the first time in Lisbon.

Article: Article 25 and a Universal Basic Income: the perfect match
What is the answer to ending the suffering of the most marginalised people? Our only hope is a ceaseless demand for guaranteeing Article 25 of the...
Article: Implementing Article 25 of the Universal Declaration of Human Rights and a basic income guarantee
The following paper was submitted by Victoria Gater and Sonja Scherndl for a parallel event at the 17th Congress of the Basic Income Earth Network (BIEN...
Article: The path to achieving a truly universal basic income
Is it a viable prospect to create a direct mechanism for transferring a universal basic income to all the world’s people? Not before we bring about a huge...
Report: Towards a universal basic income for all humanity
A truly universal and unconditional basic income is ultimately feasible within each nation, coordinated under the auspices of the United Nations. Yet this...
Report: Heralding Article 25: A people's strategy for world transformation
After so many years of political inaction only the massed goodwill of ordinary people can bring about an end to poverty in a world of plenty through...
Printer-friendly version