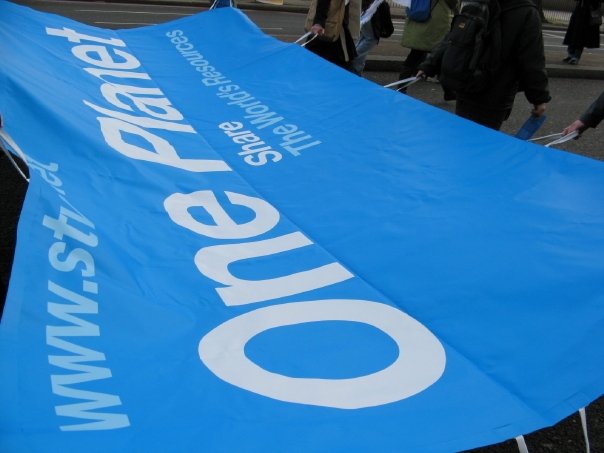 In almost every region of the world today, the people are rising up. In the Middle East and North Africa, a revolutionary wave of protests swept across the Arab world and continues to escalate in many countries, not least in Libya and Syria.

In Europe, tens and even hundreds of thousands of protestors have taken to the streets in different countries, from Greece and Spain to Portugal and Belarus. In Latin America, student-led protests across Chile were the largest demonstrations since the nation’s return to democracy two decades prior. In India, protests against government corruption have erupted across the nation. And now in the United States, thousands of activists have set up camp in ‘Liberty Park’ on Wall Street, New York, in protest against economic injustice and the biased priorities of political leaders.

It is difficult to keep up with the rapid unfolding of these events. The internet is awash with new websites that have suddenly sprung up to organise the new wave of activists willing to march through capital cities, occupy banks, or even quit their jobs to join an encampment in a city square. Many of them, like www.takethesquare.net, give ‘how to’ guides on how to organise a mass protest, drawing from the lessons of the Tahrir Square occupation and the digitally-organised demonstrations across Spain.

Much more is set to unfold in the weeks ahead. Since Occupy Wall Street mobilized on September 17th, solidarity actions have been organised in 205 other cities across the US, and counting. On Saturday 8th October, thousands of marchers will arrive in Brussels from across Europe and the world to take part in a week-long festival of workshops, assemblies and protest actions – see the Twitter hashtags #OccupyBrussels and #EuropeanrEvolutionHere or go to www.walktobrussels.eu.

On October 15th, people from all over the world will take to the streets and squares in what could be the biggest non-violent movement of global actions to date, as seen at www.15october.net. ‘Operation Ubuntu’, for example, plans to flood the financial districts of South African cities to set up beds, kitchens and peaceful barricades for a few months, while Occupy the Stock Exchange! plans to peacefully occupy London’s financial hub and “build a people-centred democracy”.

One of the main criticisms of the ongoing protest occupations is the lack of a coherent message or any concrete proposals, but it is already clear that they represent far more than can be captured in a media sound-bite or simple list of political demands. It remains a leaderless resistance movement with no centralized or formally hierarchical power structures, but a common call to action that can be understood by people of all cultural, religious and political backgrounds.

As summed up by the slogan of Wall Street protestors who chant ‘We are the 99%’, it is important to recognise that the popular uprisings from Tahrir Square to Athens and New York are a rational response to a broken economic system that has failed to generate wealth and jobs for all, and an economic ideology that has prioritised economic growth and private profit over the basic needs of the majority.

That system is now coming to an end. While government leaders brace themselves for a second global financial and economic crisis, the growing demands of civil society for an entirely different future based on a fairer sharing of wealth and power is our greatest hope.

News: Join us on demonstrations for Article 25
In the UK, our campaign group Share The World’s Resources (STWR) is participating in demonstrations for economic and social justice by highlighting the...
Article: The cry for justice
As the economic crisis worsens, the foremost responsibility of governments is to redesign our political and economic systems so that no-one dies of hunger...
Report: When will ordinary people rise up?
If world leaders and policymakers are paying merely lip service to the unfolding human and environmental catastrophe, is the growing power of the people's...
Article: Rise up America, rise up!
The time has come when America must rapidly transform its values through a more inclusive and spiritual vision, based upon a just sharing of the world’s...
Printer-friendly version