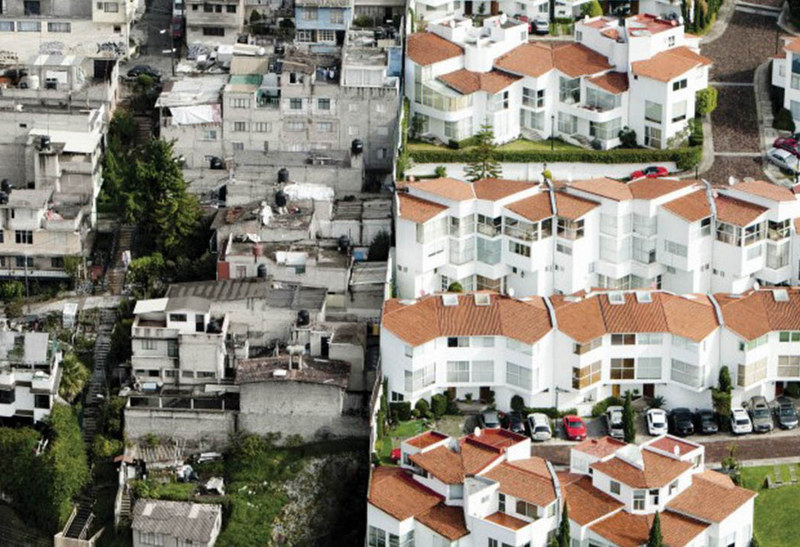 Last month 195 world leaders once again met in New York for big speeches and grand events. But on inequality, when all is said and done, more has been said than done, writes Ben Phillips for IPS News.

Four years after governments across the world committed to fight inequality as part of the UN Sustainable Development Goals, far too little has been seen in the way of government action. That’s not the verdict of critical NGOs – that’s the official assessment of UN Secretary-General António Guterres himself.

As Guterres told countries, adding only the thinnest diplomatic coating, “the shift in development pathways to generate the transformation required to meet the Sustainable Development Goals by 2030 is not yet advancing at the speed or scale required.”

Indeed, he noted, “the global landscape for Sustainable Development Goal implementation has generally deteriorated since 2015”. It is in this context that the UN has called for a “decade of delivery” following five years in which we the people have been able to feast on words whilst fasting on action.

For years, grassroots organisations have been sounding the alarm about the damage being caused by widening inequality. More recently, the formal debate on inequality shifted and the accepted mainstream normative position has become that inequality is dangerous and needs to be reduced.

The UN has also stepped up in providing coordination and advice. But governments have not shifted in recognition of the new consensus. Cynicism about whether anything will be done has taken root amongst even the most hopeful observers.

And the big headlines from this year’s UN General Assembly did very little to counter that cynicism, dominated as they were by the world’s loudest leaders, who seem to make up for an absence of substance with a surfeit of bombast.

Quietly, on the sidelines, however, another group met to plan not a communique on the stage but a series of actions at home. It was not a huge group of countries, just a dozen, but it included countries from every region of the world and every income level.

They met not because they think they have the answers, but because they are keen to learn from each other and to act. From Indonesia to Sierra Leone to Sweden to Mexico, they and others gathered in the first heads of state and government meeting of the Grand Challenge on Inequality, a new multi-stakeholder initiative to support vanguard governments, committed to tackling inequality, in finding the path by walking it.

Then, even more crucially, these same leaders mandated senior leaders and officials – the doers – to gather just after the New York meetings in Mexico City, and then in a few months in Jakarta, and onwards, to plan the implementation of a series of practical country-specific policies to narrow the gap between the runaway few and the many pushed behind.

You haven’t heard about this meeting because the leaders don’t believe that they have yet earned the right to declare themselves the leaders. Saint Francis of Assisi said “Preach the Gospel, and if you must, use words.”

In a similar spirit, the country leaders in the Grand Challenge on Inequality recognized, in the New York and in Mexico City meetings, that the power of their commitment to tackling inequality will be shown not in what they say but in what they do.

They recognized that there is no single policy that on its own can beat inequality, and so a series of complementary policies year on year is needed. They recognized that tackling inequality means taking on vested interests: that it means progressive tax and universal public services, it means protected workers and regulated corporations, it means designing policy from the bottom-up not the top-down, and it means tackling the wealth and power of the very wealthy.

As part of that, they opened themselves up to forthright challenge from grassroots social movements and trade unions, and shared what they as leaders were finding most challenging and the lessons they had learnt from their mistakes. It was, I’ll confess, something of a shock to hear leaders start off not with justifications but with self-criticism.

It was a world away from the (in)famous “Big Men Who Strode New York”. In a world saturated by the fake, to witness sincerity was disorientating.

It is early days for the pioneer governments Grand Challenge on Inequality, but, as a witness and as someone who has spent years bluntly challenging governments for their failures, here’s why it matters: social transformation doesn’t happen when people recognize that ther society is unfair – it happens when people also recognize that it can be fairer.

And that depends on people witnessing change, somewhere. Cynicism and despair are ultimately tools of the status quo. There is nothing more dangerous to those who would keep things as they are than the threat of a good example.

Grassroots organising will remain essential to help foster leaders’ determination, and to push back against the pressures that will continue to be exerted by economic elites. There is no certainty that change is coming. But there is no longer certainty that it isn’t. And the sound that accompanies this change is not the bang of fireworks. It is a quiet whirring of hard work.

Ben Phillips is an author and activist on inequality.

News: A just society': Ocasio-Cortez unveils legislative package to tackle American poverty and inequality
A package of new economic justice bills aim to improve the lives of Americans living in poverty, including a resolution for the United States to finally...
Article: 'Cruel' policy measures pushing US inequality to dangerous level, UN warns
A scorching report by the UN special rapporteur on extreme poverty and human rights, Philip Alston, finds ‘systematic attack on welfare program' will...
Report: Heralding Article 25: A people's strategy for world transformation
After so many years of political inaction only the massed goodwill of ordinary people can bring about an end to poverty in a world of plenty through...
Page: Join our campaigns for Article 25
Find out more information about our current campaigning initiatives and events. You can sign up to join us on demonstrations for Article 25; download...
Printer-friendly version