In memoriam: Bruce Kent - A veteran of the cause for sharing 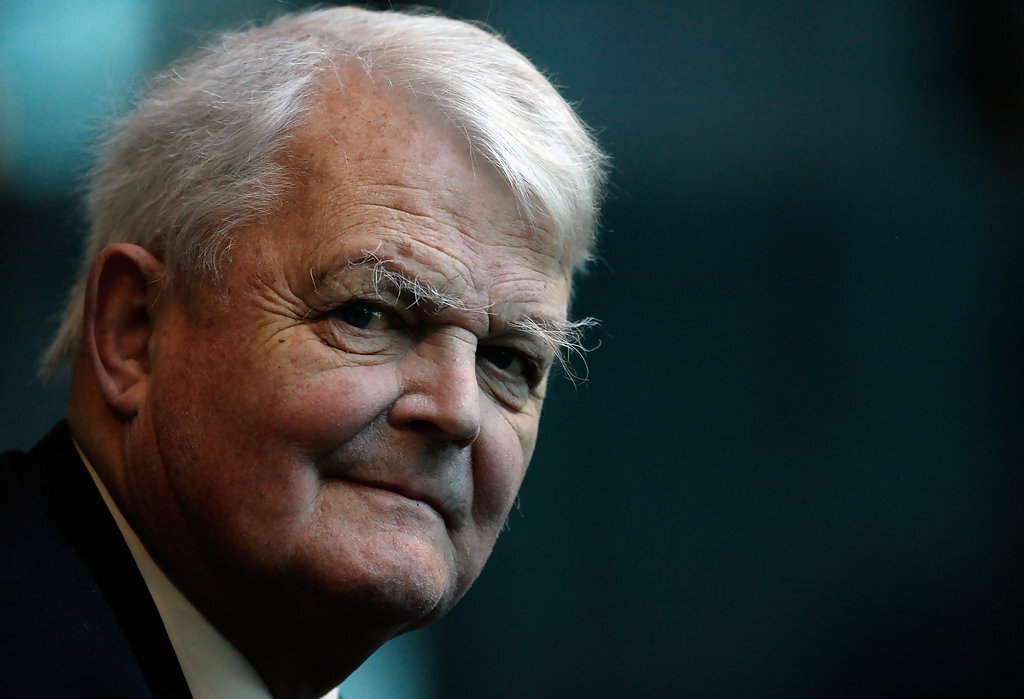 STWR were sad to learn of the recent passing of Bruce Kent, the renowned political activist best known for his work with for the Campaign for Nuclear Disarmament.

A former Roman Catholic priest, Kent tirelessly campaigned for an end to war and strongly supported the principle of sharing in building a more just and equal world.

Below we repost a letter by Kent in which he railed against the “structures of inequality” in our societies and strongly endorsed the work of campaign groups like Share The World’s Resources (STWR).

The sentiments of the letter are more salient today than ever and it deserves to be read once again, more than 17 years since it was originally written to STWR.

Everyone in theory believes in sharing the world’s resources. Indeed we, at the rich end of the world, have become all too used to diagrams which tell us how well off we are and how poor are other parts of the world. Paul Kennedy’s book, Preparing for the Twenty-First Century, is now ten years old, but the statistics have not greatly changed. An average American baby causes twice as much environmental damage as a Swedish one, three times as much as an Italian, thirteen times as much as a Brazilian, and two hundred and eighty times as much as a baby in Chad or Haiti. The difference all relates to the level of consumption.

International reports of all shapes and sizes go on telling us that the situation is actually getting worse. Moreover the billion plus people in our world community who live on not much more than a dollar a day now know very well how the comfortable of the world manage their lives. They know about our holidays, our cars, our golf courses, our pet food, our digital television, and our private health care.

Today, influential voices from unexpected places are telling us that the structures of inequality cannot last. The President of the World Bank recently said: “The idea that a rich world and a poor world can co-exist without dramatic implications collapsed along with the twin towers on September 11th.” The same President this year has pointed out that we are mad if we imagine that we can go on spending a trillion dollars a year on military defence and only $50 billion on development.

But why such progress, if there is progress at all, building a more just world? There are several reasons. The first is that getting rich and staying rich has become part of our new culture. This is the religion of the market. Everything has its price. All other aspects of life – love, beauty, joy, honesty, and community responsibility – are secondary to what is on the balance sheet. It now affects even hospitals, schools and churches. I recently received an invitation to a church event because, said the letter, I was “a stakeholder”.

In a society where the golden calf is a central object of worship it is hard to argue that somehow we have obligations to the less well-off. If they are poor it is probably, so current thinking goes, their own fault. Economic migrants are described in hostile terms. They are supposed to threaten our comfort and standard of living. This is actually far from the truth. Our National Health Service would collapse were it not for those trained elsewhere who now work here.

A second reason is that charity has dominated over justice. There is nothing wrong with charitable projects which deal with the symptoms of global poverty, but unless they deal also with causes – unjust interest rates, arms sales, and protected agriculture, to list but a few – they are really deceiving us. In particular, if such campaigns avoid in their charitable literature pointing out that militarism and war are primary causes of poverty and environmental degradation, then they are not doing justice to the people of generous good will to whom they make their appeals. Sometimes, to be fair, they do point to causes, as they did in the successful Jubilee 200 debt relief campaign which gained the support of so many people.

Finally there is both apathy and hostility when it comes to the possibility of political change. Too many people are not prepared to get their hands dirty and want to leave politics to others. Two thousand five hundred years ago the Greek orator Pericles said that “We regard the man who takes no part in public affairs not as one who minds his own business, but as good for nothing…”

The apathetic have to be reminded that change can and does happen. The British slave trade ended, women received the vote, an old age pension for all became the law, free education became a reality, and an International Criminal Court now exists. Not one of these changes would have come about without organised political pressure. As the notepaper of Let’s Share the World’s Resources says: “Above all nations is humanity”. Quite right too. We are part of one human family long before we are white, brown or black, American, Russian, Chinese, African, Asian or European. It is a scandal that some come to our common table and all but starve, while others at the far end eat more than their fill. Said Gandhi long ago: “The earth has enough for everyone’s need, but not enough for everyone’s greed”. I am so glad that organisations like STWR are helping to turn those ideals into reality.

Bruce Kent obituary in The Guardian

News: Bruce Kent: Sharing the World's Resources
A letter from one of the UK's leading politcal activists Bruce Kent, endorsing the principle of sharing and the activities of STWR.
Article: A world in trouble: drought, war, food, flight
Climate change is becoming a permanent reality affecting food supplies in many parts of the world, escalating a new international food crisis in 19...
Blog: Banning nuclear weapons: the beginning
Against all odds, 122 countries agreed in July to ban nuclear weapons. At the heart of the United Nations treaty is an explicit ethical goal: to protect...
Blog: Time to put an end to the nuclear age
The risk of nuclear war is the greatest it has been since the height of the Cold War. But there’s also been incredible progress in the past couple of...
News: Link between conflict and hunger worldwide, ‘all too persistent and deadly’, says new UN report
Conflict-driven hunger is getting worse, according to a snapshot of the eight places in the world with the highest number of people in need of emergency...
Article: Studies on the principle of sharing
In this ongoing series of studies by STWR’s founder, Mohammed Sofiane Mesbahi, he investigates the meaning and significance of the principle of sharing...
Printer-friendly version