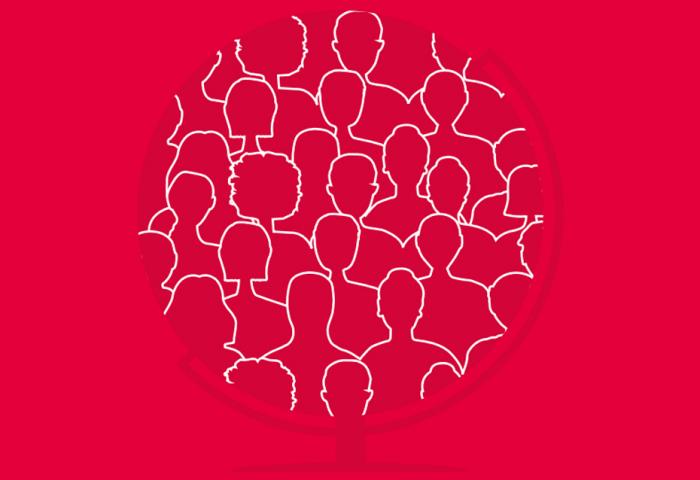 If we want to rebuild support for international development, it must be recast as an issue of social justice. The UK Labour Party has thrown down the gauntlet for a radically different approach that aims to tackle inequality, transform the global economy and redistribute wealth and power, writes Nick Dearden.

At the height of New Labour’s power, Peter Mandelson famously said: “We are intensely relaxed about people getting filthy rich.” To be fair, he added, “as long as they pay their taxes”. But New Labour never had a burning ambition to reduce inequality. They could live with inequality as long as no one was really poor.

Extreme poverty was the focus of New Labour’s international development policy. The wanted to make global capitalism work for the poor – better markets and voluntary codes of conduct to encourage the private sector to “do the right thing”. It wasn’t without its achievements, coming as it did after an era in which the poor were regarded as responsible for their own poverty. But it continued to allow the real drivers of poverty, western corporate and foreign policies, to go unchecked, while offering a charitable contribution to clean up the mess they created.

On Monday, Labour announces a new development policy which takes a radically different approach. In essence, you can’t solve the problem of poverty without tackling inequality. And you can’t tackle inequality without dramatically changing how the global economy works. Concretely, Labour proposes a new law, ensuring that all aid money must be spent fighting inequality as well as poverty. They also promise a range of new measures to better define inequality (using the so-called Palma ratio between the richest 10% and the poorest 40% of a population), to host international summits to champion ambitious action on global inequality and to explore a global wealth tax.

Fighting inequality requires huge changes to the way the global economy works. Labour proposes a range of policies that will require further clarity in office, but include changing the way we trade with southern countries, clamping down on tax dodging, reforming the debt system, transforming institutions like the IMF and World Bank, introducing a financial transactions tax, changing the way we measure wellbeing, and providing “global leadership on the refugee crisis”. Most of all, if development is not just about cleaning up the mess made by the foreign office, ministry of defence and department for trade, coordination is required – and Labour proposes to do this via an ethical foreign policy guided by “an annual whole-of-government plan … across government departments”.

Aid is still important, but it must look different. Over recent years it has been increasingly poured into free market schemes, like setting up private schools and hospitals across Africa and Asia which end up undermining public provision. It’s almost incredible that authorities in Uganda and Kenya are fighting to shut down such private schools set up with British aid money.

Labour promises to clamp down on these privatisation projects, and instead place a major focus on supporting public services, especially in health and education, as well as backing democratic, renewable energy systems, coops and non-profit based services. Just as Britain fought poverty and education by removing welfare provision from the whims of the market, so we should support such models elsewhere.

Perhaps more interesting than anything is the new tone of these policies. Not only is charity inadequate to deal with the world’s problems, it can be actively unhelpful. For too long we’ve been told development is about “poor Africa”, which can’t look after itself, and “generous Britain” riding to the rescue on a white stallion. Of course this is a total and deliberate misreading of both history and international relations. Countries like Britain grew rich on the turbocharged exploitation of Africa – and still today Africa bleeds wealth to rapacious corporations. Aid, which should be a form of reparation or, at least, redistribution of wealth akin to taxation, becomes largesse: a gift which should be cut in the bad times, and given to our current government’s pet projects in good times.

Labour replaces this story with one of common struggle for rights, decent lives and freedom: “What people need and want in the UK, people need and want everywhere: our needs, our rights and our struggles to achieve them are one and the same ... The same forces that exploit and impoverish the peoples of the global south also exploit and impoverish the citizens of our own country.”

Anti-poverty charities should proclaim these policies from the rooftops. They represent the sort of structural change in thinking that could, if developed and if adopted by other rich countries, genuinely wipe out poverty and radically reduce inequality. Some charities will. But many will be decidedly uncomfortable, because they too benefited from the aid and developed an obsession with the private sector, soft-peddling their criticism of the government in order to get Department for International Development funding, and ramping up the poverty porn to keep the public giving. In the wake of the charity scandals, Labour’s message to such organisations is clear: “There must be a redistribution of power within the development industry itself.”

Our society is, with some good reason, increasingly ambivalent about development. If we want to rebuild support for it, it must be recast as an issue of social justice. An updated version of what Labour achieved in government in the late 1940s, applied to global society. Reduce the market and redistribute wealth and power. Labour has thrown down the gauntlet – the development sector must respond with an equal degree of ambition and hope.

Report: Africa is not poor, we are stealing its wealth
New research by UK campaigners shows that more wealth leaves Africa every year than enters it. Africa is rich, but we essentially steal its wealth, writes...
Report: Re-imagining UK aid: What a progressive strategy could look like
For too long aid spending has been driven by notions of charity, national self-interest, and an ideological belief that free markets and multinational...
Article: The rising global movement that calls for #noTTIP
TTIP is the latest bid to capture policymaking by the profit-making interests of the 1%, with dire implications for anyone who upholds a vision of a more...
Article: Aid in reverse: how poor countries develop rich countries
New research on global financial flows shows that the usual development narrative has it backwards; aid is effectively flowing in reverse. And some of the...
Article: The inconvenient truth about foreign aid
Poorer countries routinely put more resources at the disposal of donor country interests than they receive in foreign aid—but it doesn't have to be this...
Printer-friendly version