Heeding Christ’s teaching to share in the 21st century 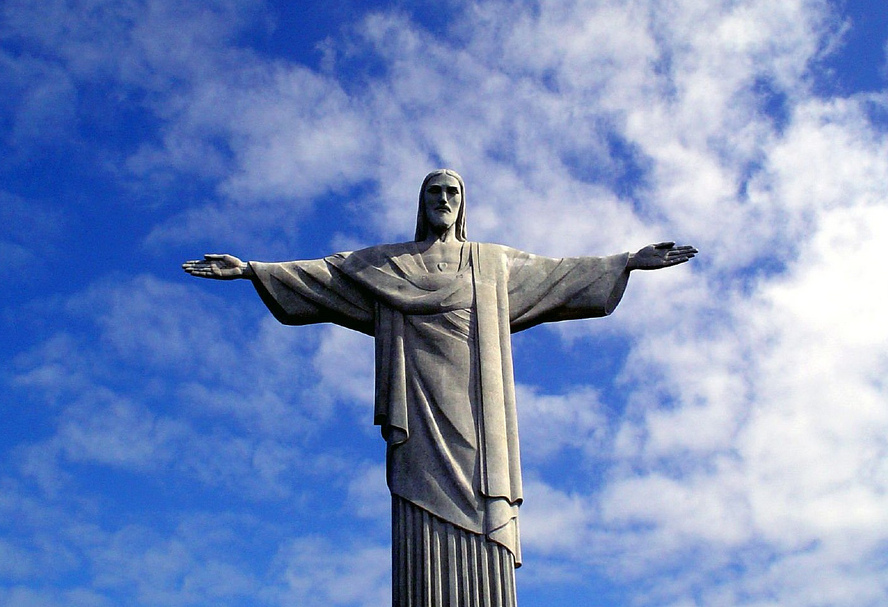 To address the epochal challenges of the twenty-first century, we will have to heed Christ’s simple message like never before—and finally share the world’s wealth and resources more equitably among us all.

In Christianity, the need to share is central to the teachings of Jesus and a major theme throughout the New Testament. According to Luke, the earliest Christians tried to put Jesus’ teachings into practice by sharing what they had so that the poor among them would be provided for. And there are many quotes and parables from the Bible that elucidate Jesus’ instruction to care for the sick, the poor, the widowed and the least fortunate within society. Those who are more privileged than others should always open their heart to “do good and share with those in need”, as written in the final exhortations to the Hebrews. Indeed the essence of Christ’s teachings was focused on the need to serve and love others, to share and not hoard wealth, and to seek justice for the poor and dispossessed.

What, then, would Jesus make of the world we live in today? Regardless of the advancements of modern society through mass education, a communications revolution and economic globalisation, still humanity is characterised by super-divisions between the very rich and the very poor. Total global wealth has grown to record levels, yet the bottom half of the world population own less than 1% of all this financial abundance. The number of billionaires doubled between 2009 and 2014, and now 67 people possess as much wealth as the poorest 3.5 billion.

To be sure, our social order is at odds with the basic teachings of every major religion, all of which expound the importance of sharing wealth and essential resources fairly. And perhaps nothing describes the lack of sharing in our societies more than the incidence of hunger and poverty within affluent nations like Britain, where growing numbers of people on low-incomes are turning to food banks to survive. But there is no escaping the fact that the impact of extreme poverty is generally far more severe in less-developed countries, where millions of people face constant food insecurity and starvation—despite there being enough food available in the world to feed everyone one-and-a-half times over. As a consequence of life-threatening deprivation and inadequate social protection, around 15 million people die every year from largely avoidable causes—equivalent to more than 40,000 people every single day.

Christian churches and groups are long aware of these disturbing facts, and many concern themselves with the need for a fairer distribution of wealth and resources in the world. Charities in the UK such as Tearfund, Christian Aid and CARE do their best to raise awareness of the scourge of poverty amidst plenty, and campaign for dramatic changes in government priorities to ensure a decent standard of living for all. For example, Christian Aid point out that the wealthiest 20% of the world’s population account for 80% of consumption of global resources, whereas the poorest 20% lack the resources to have even a decent standard of living. We are also using 50% more natural resources than the Earth can sustain, which is having devastating impacts on poor people and the planet. In addressing this epochal challenge of the twenty-first century, we will have to heed Christ’s simple message like never before: to think of those less fortunate than ourselves, to make sacrifices where necessary on behalf of others, and to share the world’s resources through compassion and goodwill.

If Jesus’ instruction to share was truly embraced by all peoples and nations, it would clearly have radical implications for the relationships between countries in our divided world. To begin with, a massive redistribution of resources will be called for on an international scale, with a view to securing the long-agreed human rights of the poorest people as a foremost global priority. However, overseas aid alone will never be enough to transform society along more just and spiritual lines. At present Africa is losing $192bn every year to the rest of the world, more than 6 times the amount of aid given back to the continent. Developing countries as a whole lose about $1 trillion each year through tax evasion and other corrupt practices, which is nearly 10 times the size of the aid budget. Tackling the root causes of poverty and inequality will therefore demand major structural reform of the global economy, based upon a genuine form of multilateral cooperation and economic sharing.

We cannot conceive of a ‘global sharing economy’ in the truest sense until everyone has their basic needs met within the environmental limits of our living planet. And this will require an entire rethinking of our political and economic systems, our global governance institutions, even our conception of ourselves as human beings. A recent spate of scientific literature contradicts the notion that selfishness and greed are innate human characteristics, and shows that we are naturally predisposed to be altruistic and cooperative. These findings challenge many of the assumptions that sustain our unequal societies, and give hope and inspiration that we can build a fairer world that nurtures solidarity, compassion and equality.

In the end, there can be no solution to world problems unless we inculcate spiritual values, such as loving kindness and generosity, into our everyday practice of politics and economics. To resolve the interlocking crises of our civilisation we have no choice but to acknowledge our global interdependence, and to accept that humankind is part of an extended family that shares the same basic rights and entitlements. Hence all of the food, raw materials, energy, knowledge and technical know-how of the world must be used for the benefit of everyone, and shared more equitably according to need.

The call for sharing is already on the rise in diverse countries, and underpins many existing initiatives for social justice, environmental stewardship, true democracy and global peace. But a significant shift in public debate is needed if the principle of sharing is to be understood as integral to any agenda for transformative change. In this light, our London-based organisation has launched a campaign that aims to influence public opinion around the need for a global movement of citizens who embrace sharing as a common cause. By signing up to our campaign statement, anyone can pledge to raise their voice for greater sharing in our societies, and help spark public awareness and a wider debate on the importance of sharing in economic and political terms.

To sign up as an individual or organisation, please visit: www.sharing.org

This article was originally written for the Parish Magazine Supplement of All Saint's Church, Highgate, January 2015.

Article: Christmas, the system and I
You and I constitute the very system that we blame for the world’s problems, which is starkly illustrated at Christmas when we rob our fragile earth on...
Page: Join the global call for sharing
Sign the global call for sharing and add your voice to the growing demand for a fairer sharing of wealth, power and resources within and between countries...
Article: The cry for justice
As the economic crisis worsens, the foremost responsibility of governments is to redesign our political and economic systems so that no-one dies of hunger...
Report: A primer on global economic sharing
In an increasingly unequal and unsustainable world, governments must urgently move beyond the restrictive political and economic ideologies of the past...
Printer-friendly version