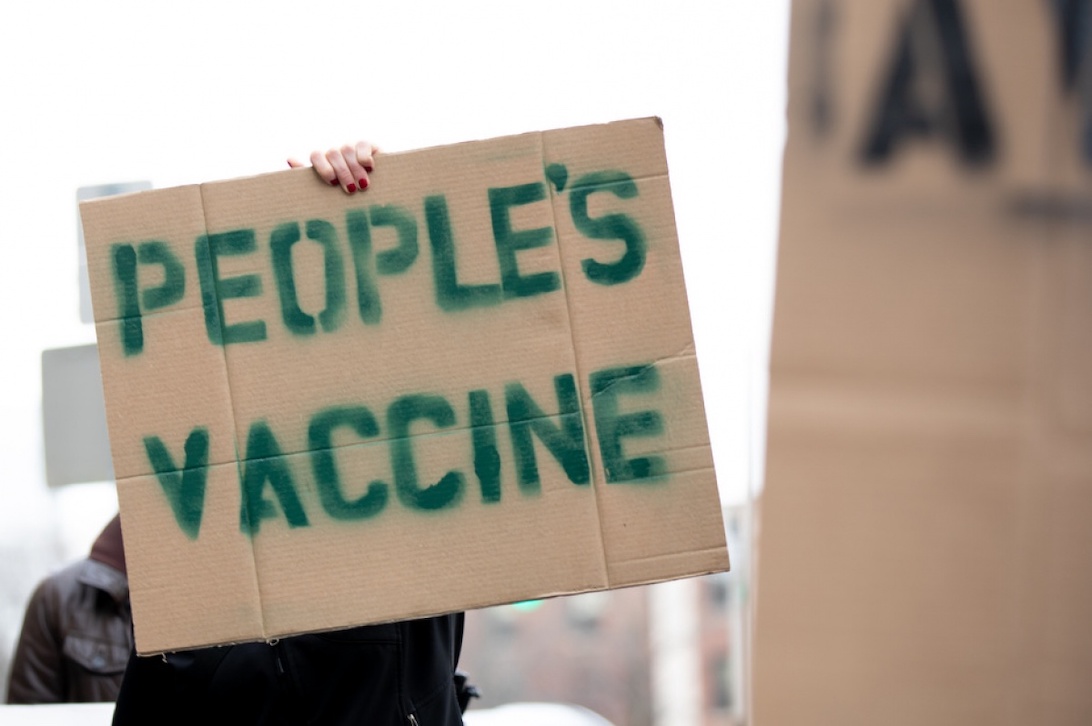 The pandemic has uncovered unpalatable truths about global injustices and inequalities. We are challenged to see health as a universal common good, not a benefit that can be cultivated for a privileged few, writes Rowan Williams.

Until the later part of the 19th century, what we regard today as the fundamentals of public health were mostly unknown. Clean water and public sanitation systems in cities, access to basic professional support for women in childbirth, hygiene in hospitals and operating theatres – all these and many more such provisions took time to arrive on the scene in Europe and North America, and it often took a disastrous epidemic, or a massive loss of life that could be correlated with the lack of these provisions, to spur reformers and governments to take the necessary measures.

Future generations will look back with incredulity at our failure so far to do what is necessary for global public health in the course of this pandemic. We know that certain groups, such as frontline workers and those forced to live in overcrowded housing, are made more vulnerable to infection. But as the tragic scenes in India right now demonstrate, the virus fundamentally is blind to politics, class, race or geography. Like the climate crisis, it does not read maps or need passports. Piecemeal response is ineffectual and the idea that certain enclaves can simply throw up walls around themselves is fantasy. If the bitter struggles and confusions of the past 13 months have shown us anything, surely they have shown us this.

We have been reminded as never before in our lifetimes that our safety and our neighbours’ safety are inseparable. Investment in the health of others is not simply a moral imperative indulged in by armchair philanthropists or rootless idealists. It is investment in a shared future. Dispassionate economists have calculated that the cost to the G7 nations of making vaccines universally available would not only be a minute fraction of the trillions already earmarked for post-Covid economic recovery, but would result in net gains of some $466bn to G7 economies over the next four or five years.

Conversely, a failure to respond adequately would drive vulnerable economies further into decline or chaos, leading to global instability as states face failure and populations drift in search of some kind of economic security. Crucially, as bad as this is, it would be massively worsened by the continuing threat of infection and the prospect of that endless Groundhog Day scenario that we have learned to fear – being forced back again and again into emergency measures to limit damage and protect health services.

The call that is being made by the People’s Vaccine Alliance, reinforced by a call from the leaders of various religious groups, is that this year’s G7 summit should make an unambiguous commitment to provide vaccines now to all countries, irrespective of their financial standing; to guarantee a continuing programme of vaccination that will produce manageable levels of immunity; and to support the short-term waiver of patents that will allow the rapid localisation of vaccine production outside the world’s wealthier countries.

People have begun to talk not only about “vaccine nationalism” but about “vaccine apartheid” – an ugly term for an ugly reality where, for example, less than 1% of the population of sub-Saharan Africa have been injected. The pandemic has already been a tragedy of enormous proportions, it would be far worse if we refused to face the uncomfortable facts that it has uncovered – the unpalatable truths about global injustices and inequalities, as well as the serious inequalities within prosperous nations. We have no excuse for not recognising these things, and no alibi for refusing to act on this recognition.

Much work has already gone into spelling out the various mechanisms by which funds could be made available. More importantly, perhaps, the last year has shown again and again the readiness of so many people across the world to act in a way that acknowledges our dependence on one another. What is needed now is to extend that generous and realistic spirit from local communities to the entire community of the world’s nations.

In the 19th century, governments in the wealthier world gradually came to understand that health was a genuine public good. The health of each and the health of all were seen as inseparably connected. So it is today: we are challenged to see global health as a universal common good – not a benefit that can be cultivated for a privileged few. The G7 meeting, which is to be held in the United Kingdom between 11 and 13 June, has the power to declare that a shared world and social environment mean shared access to health and protection. The security, and indeed the human dignity, that we claim for ourselves means nothing if it is not open to all.

Article: Confronting global apartheid demands global solidarity
The “inequality pandemic” calls for a new social contract, but it will not happen unless millions around the world mobilise to make it a reality, write...
Article: Vaccine nationalism is patently unjust
Poor countries are paying more for the doses that remain after rich countries have had their fill. It is perhaps the worst display of national selfishness...
News: Rich states 'block' vaccine plans for developing nations
Wealthy countries - including the UK - are blocking proposals to help developing nations increase their vaccine manufacturing capabilities, documents...
Report: Covid-19 and fragile states: Deaths underreported, health services overwhelmed and famine looming
The coronavirus pandemic is pushing people in fragile states towards catastrophe, with hunger levels rising dramatically and famine looming in several...
News: Global South urges rich countries: Lift monopolies on COVID-19 medical products
Ahead of critical talks at the World Trade Organization, civil society and trade unions from the Global South are calling on rich countries’ leaders to...
Printer-friendly version