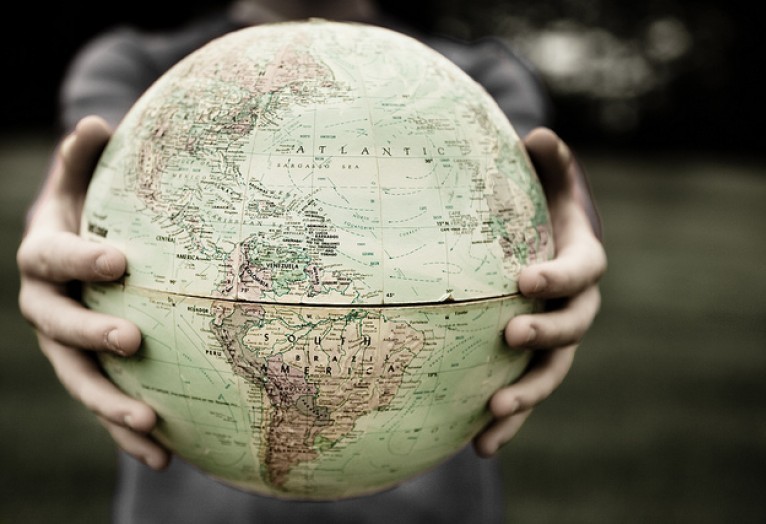 The latest discussion among members of the Great Transition Initiative focuses on a pragmatic institutional innovation for protecting and sharing co-owned resources, as outlined in an incisive article by Peter Barnes on Common Wealth Trusts. In response to Barnes's contribution to this vital debate, STWR argues that we must not shy away from the need to challenge neoliberalism, the influence and power of multinational corporations or the increasingly undemocratic nature of our political institutions.

By reconceptualizing a commons-based approach to protecting and sharing co-owned assets as a traditional market-based mechanism, Peter Barnes essentially presents a convincing “hack” of capitalism. Few progressives are capable of expressing far-reaching ideas in such accessible language or formulating truly pragmatic proposals that are based squarely on the ethic and practice of sharing. Although Barnes’s model for common wealth trusts has significant implications for re-organizing economic systems, his proposal will appeal to those on both the left and right of the political spectrum as well as those who might favor a less radical path to addressing some of the most damaging aspects of modern capitalism.

Somewhat indirectly, Barnes also makes an important contribution to the evolving debate on how to fund a universal basic income at a time when many governments are facing severe budgetary restrictions and the cost of such schemes are widely considered unaffordable. Rather than diverting funding from (and curtailing) existing welfare programs, it is conceivable that a basic income funded through the value of shared resources could help preserve solidarity-based systems of social protection, supplement dwindling incomes, and thereby help reduce inequalities.

As a model for raising resource rents from natural resources, Barnes’s proposal also has significant implications for funding social dividends in developing countries—particularly those that are afflicted by the “resource curse.” Unconditional social dividends from resource rents paid directly to citizens in low-income countries could be administered by an independent trust rather than the public sector, and could dramatically reduce human deprivation.

In line with the view that ending hunger and poverty should be a central pillar of any great transition, perhaps the most radical aspect of Barnes’s concept is the potential to apply it at the international level as a mechanism for managing and sharing global resources. As Thomas Pogge argues in his proposal for a “global resource dividend,” all human beings should be recognized as having an inalienable stake in the world's natural resources (such as fossil fuels) and should therefore be entitled to a share of their value.[1]

Similarly, Alanna Hartzok has proposed that a global resource agency could collect resource rents from the exploitation of a range of shared resources, including ocean fisheries, the sea bed, and the electromagnetic spectrum.[2] It is feasible that the funds generated by a global resource trust could be used to fund urgent global public goods such as universal social protection or to generate a global citizen’s income. In this way, Barnes’s model could be scaled up to facilitate an international redistribution of wealth, while limiting global resource use and waste production through globally agreed “caps.”

For all the above reasons, Barnes clearly makes a vital contribution to the growing debate on how to share our common wealth. However, his proposition fails to adequately challenge the ideology of neoliberalism, the influence and power of multinational corporations over public policy decisions, or the increasingly undemocratic nature of our political institutions. Barnes places little faith in governments and argues that they cannot be trusted to protect the interest of future generations. While that might be true within the current context, surely any great transition must involve tackling this issue head-on: we cannot shy away from the need to democratize governments to ensure they represent public rather than private interests and actively protect the biosphere for future generations.

Given the ongoing tendency of policymakers to privatize public assets rather than share them for the common good, it is unlikely that governments will consider establishing common wealth trusts unless political power is radically decentralized. It is clear, therefore, that a program of social dividends derived from shared wealth is not a panacea and should only be implemented as part of a comprehensive program of progressive reforms that seek to redistribute wealth, power, and resources across all levels of society.

Article: From basic income to social dividend: sharing the value of common resources
It’s time to broaden the debate on how to fund a universal basic income by including options for sharing resource rents, which is a model that can be...
Page: Sharing the global commons
Guaranteeing everyone access to essential goods and services will not be enough to create a just and sustainable world. Governments also need to rethink...
Blog: Debating the degrowth alternative
Giorgos Kallis, a prominent scholar on ‘degrowth’, recently wrote an essay that was the subject of debate among members of the Great Transition Initiative...
Article: Commons transition: STWR interviewed by the P2P Foundation
As part of a series of interviews highlighting the need for a 'commons transition', STWR's Rajesh Makwana was asked about the ethic and practice of...
Article: Beyond the market-state: decentralising power in a sharing society
At a time when governments are failing abysmally to mitigate climate change, reduce inequality or end poverty, the key to creating a more equal and...
Printer-friendly version