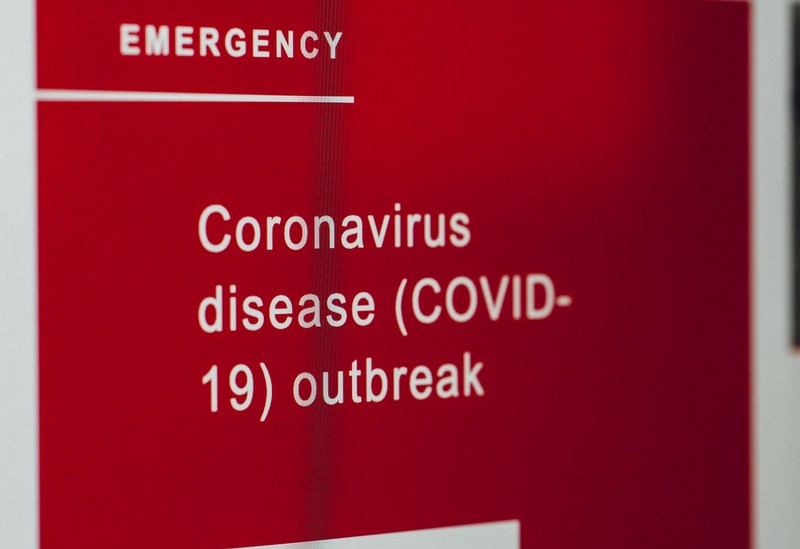 We need global action now. Only a mighty response by rich, powerful countries will stop the pandemic and prevent a global economic collapse, writes Chema Vera.

Micah hasn’t had a fare in weeks and is now borrowing money to buy food for his children. His business, like many others, has collapsed because of Kenya’s 19:00-05:00 curfew, the disappearance of tourism, and the closure of airports, bars, restaurants, and shops.

The International Monetary Fund has already said that the pandemic’s economic impact is “way worse” than that of the 2008-09 global financial crisis. In fact, new research by Oxfam, King’s College London, and the Australian National University shows that the current crisis could push as many as a half-billion people into poverty. And researchers at Imperial College London previously warned that COVID-19 could kill 40 million people unless governments took urgent action.

This virus affects us all, including princes and film stars. But never has a crisis so profoundly exposed the extreme inequalities that divide our world.

In Exodus-like scenes, millions of workers have been sent home without pay. Consider the female garment workers in Bangladesh who make many of the clothes that we wear. Ninety-eight percent of buyers, often rich multinational companies, refuse to contribute to the cost of paying their lost wages. What will these women do now?

Meanwhile, workers in essential roles – such as carers, nurses, and supermarket cashiers – can’t isolate themselves from the deadly virus and have some of the lowest-paid and most insecure jobs. Most of them are women, too.

Privileged citizens can get the best health care, rely on their savings, and work at home (or escape to a holiday home) during the pandemic. But for most of humanity, such relative safety is well out of reach.

As with inequality within countries, inequality between rich and poor countries will radically shape people’s experiences of this pandemic. While rich-country governments unveil huge financial packages to save their economies, developing countries are drowning in debt, which has reached an all-time high of 191% of their combined GDP. Such inequality helps to explain why Tanzania has one doctor for every 71,000 inhabitants, and Mali has three ventilators per million. In refugee camps where Oxfam works, hundreds of people share a single water tap.

We need global action now. Only a mighty response by rich, powerful countries will stop the pandemic and prevent a global economic collapse. The G20 must live up to its mandate to lead the world through crises.

To that end, Oxfam’s Economic Rescue Plan For All urges the world’s richest economies to increase massively their support for developing countries, echoing the United Nations call for the creation of a $2.5 trillion global emergency-assistance package. In short, rich-country governments must take urgent steps to internationalize the measures that many of them are pursuing at home. This is not only the right thing to do, but is also in their self-interest. As long as the virus is anywhere, it is a threat everywhere.

The first priority is to unlock the trillions of dollars that poorer countries need. Here, the G20 must agree to cancel permanently all developing-country external debt due in 2020. It makes no sense for rich countries to be collecting money now from poor countries that need every shilling, peso, and rupee to fight the pandemic.

In addition, the G20 must pursue an emergency economic stimulus of at least $1 trillion in Special Drawing Rights, the IMF’s global reserve currency. This will boost the reserves of the world’s poorest countries while not costing rich countries anything – in fact, they, too, will benefit. The G20 must also champion increases in aid and emergency taxes, for example on extraordinary profits and speculative financial products. If now is not the time for such measures, when is?

The next priority is to direct the necessary resources toward saving lives and rescuing people from poverty. Increased funding will not help vulnerable populations if it is spent on the wrong things or is captured by unaccountable corporate elites. That is the core lesson of the 2008-09 financial crisis.

Oxfam has proposed a Global Public Health Plan and Emergency Response package that calls for an immediate doubling of public-health spending in 85 poor countries in order to save lives. In addition, governments need financial assistance to increase social protection, which four billion people worldwide currently lack, and to provide people like Micah with cash grants.

Economies everywhere need small businesses such as Micah’s to survive and help drive the eventual recovery. Bailouts for the richest companies, on the other hand, should be conditional on these firms paying their fair share of taxes, paying workers a living wage, and cutting their greenhouse-gas emissions.

Finally, as we begin to lay the foundations of the new in the ashes of the old, we should ask how we got to this point. Was it ever a good idea for governments to make health care a privilege of affluence rather than a fundamental right, or to ignore the necessity of a living wage or social protection for all? And was it ever smart to let two thousand billionaires own more wealth than 4.6 billion people combined?

Today, our planet is in crisis, and the health and economic wellbeing of its people are in deep peril. We cannot now carry on with the unequal, extractive, sexist, and rigged economic model that broke our world in the first place. Instead, we must build a more equal, sustainable, caring, and human-oriented economy, starting now.

Article: Will Covid-19 spur a peoples’ bailout for the world’s poorest?
The question is whether Covid-19 will awaken us to the stark inequalities of our world, or does it simply represent a new cause of impoverishment for the...
News: Coronavirus crisis could double number of people suffering acute hunger - UN
The coronavirus crisis will push more than a quarter of a billion people to the brink of starvation unless swift action is taken to provide food and...
News: Coronavirus could turn back the clock 30 years on global poverty
The economic impact of the global shutdown could push half a billion people into privation, researchers warn.
Blog: Only internationalism can beat Covid-19
Tackling the coronavirus demands international action and solidarity on all fronts - not just for reasons of equity, but also practicality, writes Vanessa...
Printer-friendly version