Connecting the dots in the sharing community 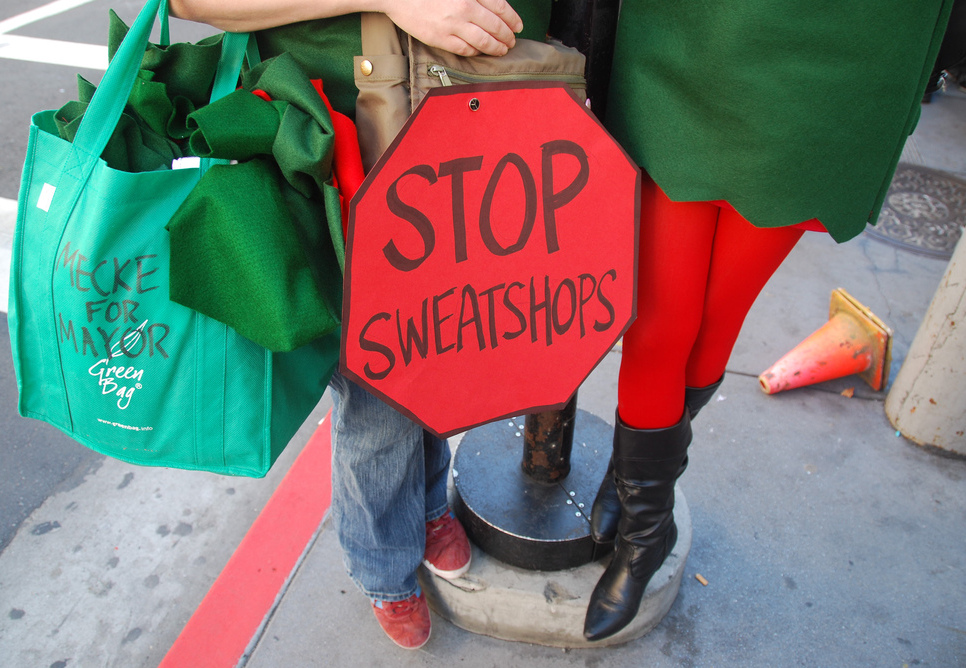 The sharing economy is becoming more popular than ever before with its emphasis on accessing and sharing resources rather than owning them. And now there are signs that the concept is being gradually broadened to include more political, environmental and global justice issues, as highlighted by a number of articles and events in recent weeks.

There are many signs that the concept of the sharing economy is being gradually broadened to include more political, environmental and global justice issues. Last week, several postings in the online Shareable magazine reflected this growing trend, as summed up in a blog post by Neal Gorenflo: "We believe that sharing our resources is more fulfilling than our outdated earn-and-spend MO and that sharing can address issues like poverty and global warming."

In ‘Lessons from Microfinance for the Sharing Economy' April Rinne explored how advocates of the sharing economy can learn from the experiences of the millions of poor people in developing countries who have used small loans and credit to help them escape poverty. Whether or not microfinance has genuinely benefited the world's poor was not the question here, but the theme of the article perhaps shows how the concept of sharing is now being applied to development concerns as well as to peer-to-peer activities and collaborative consumption solely within the context of rich societies.

Another article by Cat Johnson, ‘The Rise of the Sharing Communities', included the Post-Growth Institute and The School of Commoning as examples of sharing advocacy groups, and thereby acknowledged the potential for sharing to inform the creation of an equitable economic model. Willie Osterweil has also started to explore how common sharing strategies, from community mutual aid and co-ops to urban gardens and alternate currencies, can be deployed using principles of democratic control and social justice in order to create an alternative development framework [see: ‘Resources for Building the Solidarity Economy'].

It's interesting to observe how the debate on the sharing economy is also beginning to take a higher profile in discussions on environmental sustainability. For example, a recent event called the SSXW (South By Southwest) Eco conference in Austin, Texas, had a post-event ‘Google Hangout' with keynote presenter Annie Leonard of The Story of Stuff Project that discussed the concept of the sharing economy, which they described as "the idea of accessing rather than owning, with an emphasis on community sharing".

During the online discussion Annie acknowledged the economic and environmental drivers for sharing - not least that we are bumping up against the planet's limits. But she said the biggest driver for her is the hunger for community and connection. "What excites me the most is that to share, you have to talk to each other," she said. "You have to know each other. You have to trust each other and build relationships. And so sharing builds strong communities, and strong communities build sharing. It's like this positive feedback cycle. And we're in a time right now where we need community more than ever - environmentally, economically, logistically, emotionally, socially, even spiritually. So that's why I think sharing is just exploding right now: it meets so many needs in one happy basket."

Also highly recommended to watch is Annie Leonard's inspiring and hugely enjoyable keynote speech to the SXSW Eco conference delegates about how our current economic arrangements are unsustainable, because "we are making and wasting and using and throwing away too much stuff. We are bumping up against ecological limits. We are using more stuff than the Earth can replenish, and throwing away more stuff than the Earth can assimilate". She discussed at some length how there's more than enough understanding and practical know-how in the world to find an alternative to our "consumer frenzied culture". The most important job of environmentalists and change-makers, she said, is to inspire people to "re-engage their citizen muscle", and to move people from a place of concern to a place of action. She said: "We want to build a society that is healthy and safe and sustainable and fair - and the only way we are going to do it is by engaging and acting together."

On a similar theme, the end of November marked Buy Nothing Day - the international day of protest against consumerism, as heralded by Adbusters magazine and other activists around the world. This yearly event, organised since 1992 as a day for society to reflect upon the critical issue of over-consumption, is also being extended this year by Adbusters as Buy Nothing Xmas in a bid to influence people to stop the Christmas period from being "hijacked by commercial forces". See Kalle Lasn, co-founder and editor-in-chief of Adbusters, being cross-questioned by a rather unimpressed interviewer on CNN despite his common-sense retorts. See also Adbusters' anti-advert for Buy Nothing Day that bluntly highlighted the stark inequality in consumption levels between the average North American and the rest of the world.

Reverend Billy of the Church of Stop Shopping also celebrated his indefatigable message as the 'shopture' got underway following Thanksgiving. After a summer and autumn touring with the Stop Shopping Gospel in Austria, London, Slovenia, Minnesota and Burning Man, his 35 voice troupe returned to New York for their annual Thanksgiving show.

"Children, we are all of us shopping sinners. Each of us is walking around in a swirl of gas and oil, plastics and foil," he writes in a recent blogpost. "We are not evil people, but somehow we allowed the Lords of Consumption to organize us into mobs that buy and dispose, suck fructose and pull triggers. Yes, the Rapture of the Final Consumption, the Shopture, is underway."

Keep a look out for the new book shortly to be published by the Church of Stop Shopping, titled ‘The End of the World' (OR books).

‘The New Materialism: How our relationship with the material world can change for the better' is a book  that was released to coincide with Buy Nothing Day by Andrew Simms and Ruth Potts from the New Economics Foundation. See their six-point manifesto for the new materialism, and their eloquent new pamphlet of the same name.

See also this humorous mock website on 'amazero.com' where you can buy a new and improved Nothing (TM), from Do the Green Thing.

Blog: Imagining the ultimate global sharing day
The growing support for the sharing economy has the potential to change the way we understand and address the many challenges we face. But it is at the...
News: Press release: Global Sharing Day 2012
STWR are one of the partners for the world’s first ever Global Sharing Day on Wednesday 14th November. As a host of sharing-related activities take place...
Blog: Can the sharing economy solve global hunger? It all depends...
Few people within the sharing economy movement are considering the application of this important concept to the most pressing global issues of our time....
Printer-friendly version