Citizens' wealth funds: An alternative to the inequality escalator 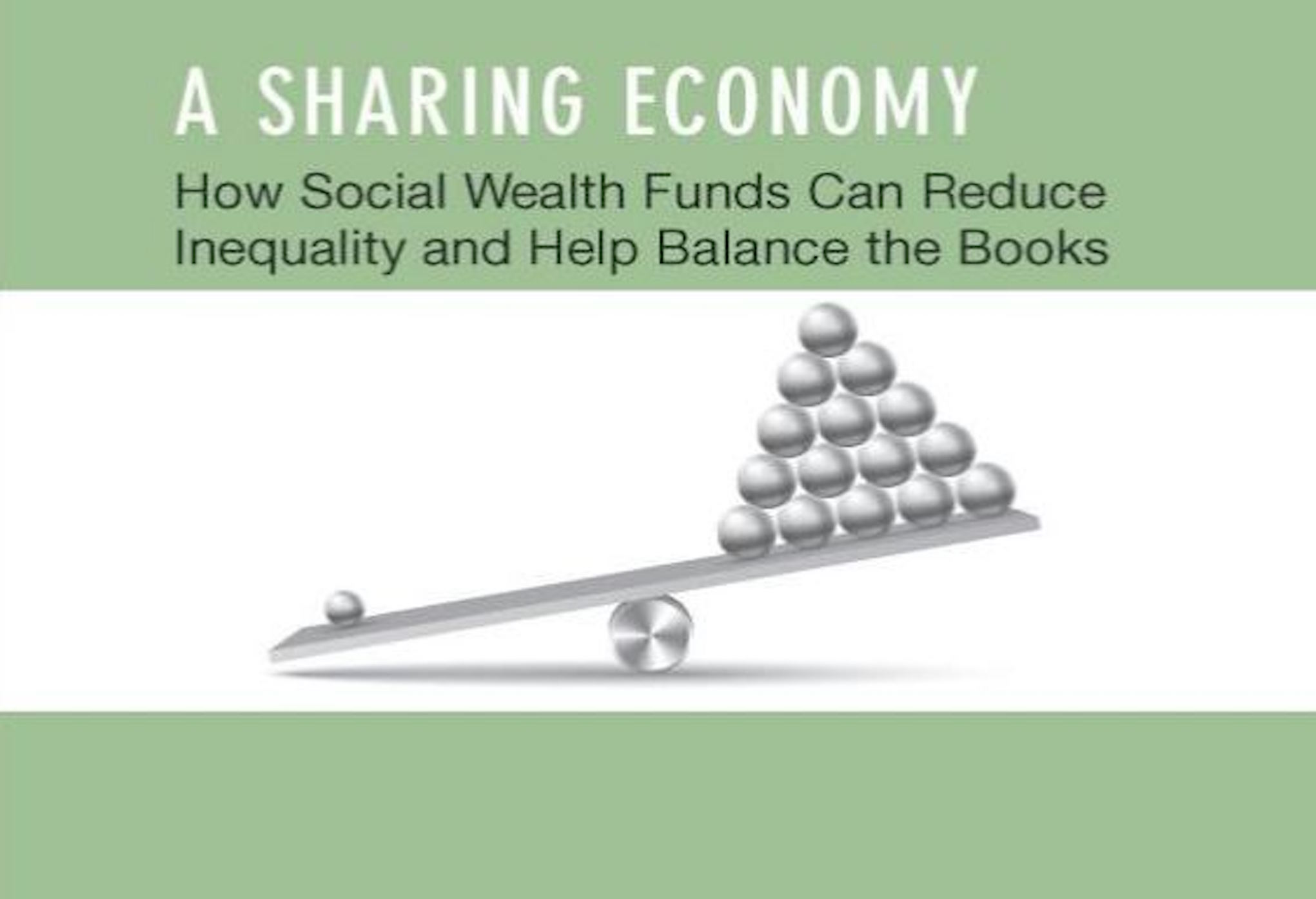 Shouldn't the returns from at least part of our national wealth go to all citizens and not just the already rich? By Stewart Lansley, Inequality.org.

Many attempts to tackle inequality fall short because they fail to target inequality’s primary source, the concentration of the ownership of both capital and other forms of wealth. Because of this concentration, the substantial returns that stem from wealth — in dividends, rent, and interest — accrue almost wholly to the already rich. Citizens’ wealth funds can help break up concentrated wealth. These funds offer a powerful and potentially popular instrument for tackling extreme levels of inequality. Indeed, they embrace a vital principle: that part of  national wealth should be communally owned, with the returns going to all citizens.

In contrast to our current built-in inequality escalator — what the French economist Thomas Piketty calls a “fundamental force for divergence” — citizens’ funds offer a new counter-force for convergence. Over time, they can raise the share of national wealth held in common, ensuring that a growing part of the returns from capital are distributed equally among all citizens. These funds, in effect, operate like a giant community-owned unit trust, giving all citizens an equal stake in a part of the economy.

A utopian idea? Hardly. Several nations have introduced successful and transparent models that could work as blueprints. One of the most important:  the “permanent fund” established by the state of Alaska in the early 1980s. This fund, financed by oil revenue, has paid a pioneering and highly popular annual citizen’s dividend — as yet uncopied — helping to make the state one of the most equal in the United States. Another model comes from Norway, where the giant Norwegian sovereign wealth fund — also funded by oil — acts as an “active investor.” The Australian Futures Fund, funded from the sale of the public telecom giant Telstra, has registered impressive returns since its 2006 launch and helps fund disability care and medical research.

Funds like these lock in part of the gains from economic growth for all citizens. But they also have many additional merits. Managed with transparency and at arm’s length from the state, these funds can offer a new tool for social democracy and the effective reform of full-blooded capitalism. They can amount to a 21st-century alternative to both the top-down statism of old-style nationalization and today’s rampant privatization. Citizens’ wealth funds, by taking established stakes in companies, can help align the interests of society and business much more closely.

The financing for citizens’ wealth funds can come from the revenue from the exploitation of natural resources, everything from our minerals to our airwaves. Other sources could include occasional one-time taxes, paid in shares of stock, on windfall profits and a direct charge on those financial and commercial transactions — mergers, acquisitions, and the like — that redistribute corporate wealth upwards.

If the UK had followed Norway and Alaska and created an oil-financed wealth fund in the 1980s, that fund today would be worth upwards of £500 billion, bigger than the sovereign wealth funds of Qatar and Russia combined. A fund on this scale would have been economically and socially transformative. It could have boosted infrastructure spending without the need to borrow, paid for regeneration in poorer areas, or funded a generous annual dividend paid to all citizens.

A more radical approach to establish a citizens’ wealth fund could come through gradually transferring part of the privately owned stock of capital into public holdings. A modest annual levy on share ownership could raise the funds to pay for this diluting of existing capital ownership. The Nobel Laureate James Meade advocated this approach in the 1960s, and Sweden actually began to implement it in the 1980s. Public holdings in Sweden grew to 7 percent of the economy before the effort shut down in 1991.

We’ve seen over recent years a great deal of talk on the need to tackle inequality but little action. With citizens’ wealth funds, political leaders could begin turning their anti-inequality rhetoric into a real strategy for change.

Stewart Lansley is a visiting fellow at London’s City University. He is the author of a Sharing Economy (Policy Press, 2016). An earlier version of this article appeared in the Guardian newspaper.

Article: Sharing the world's wealth through a basic income guarantee
World Basic Income (WBI) is a campaign organisation with a proposal to achieve greater social justice through the provision of unconditional cash...
Blog: Development: World Bank fudges on inequality
The World Bank has released its first annual report tracking progress towards the two key SDGs on poverty and inequality. But the analysis does not...
Article: Are we stuck with inequality?
Can we get back to the equalizing, 'share-the-wealth' policies of the post-war era? Of course we can — the obstacles are political, not economic, writes...
Article: Connecting the dots: Human rights, inequality and poverty
We can rapidly realise the human rights of the world’s poor through global institutional reforms that reduce inequality and share the planet's natural...
Printer-friendly version