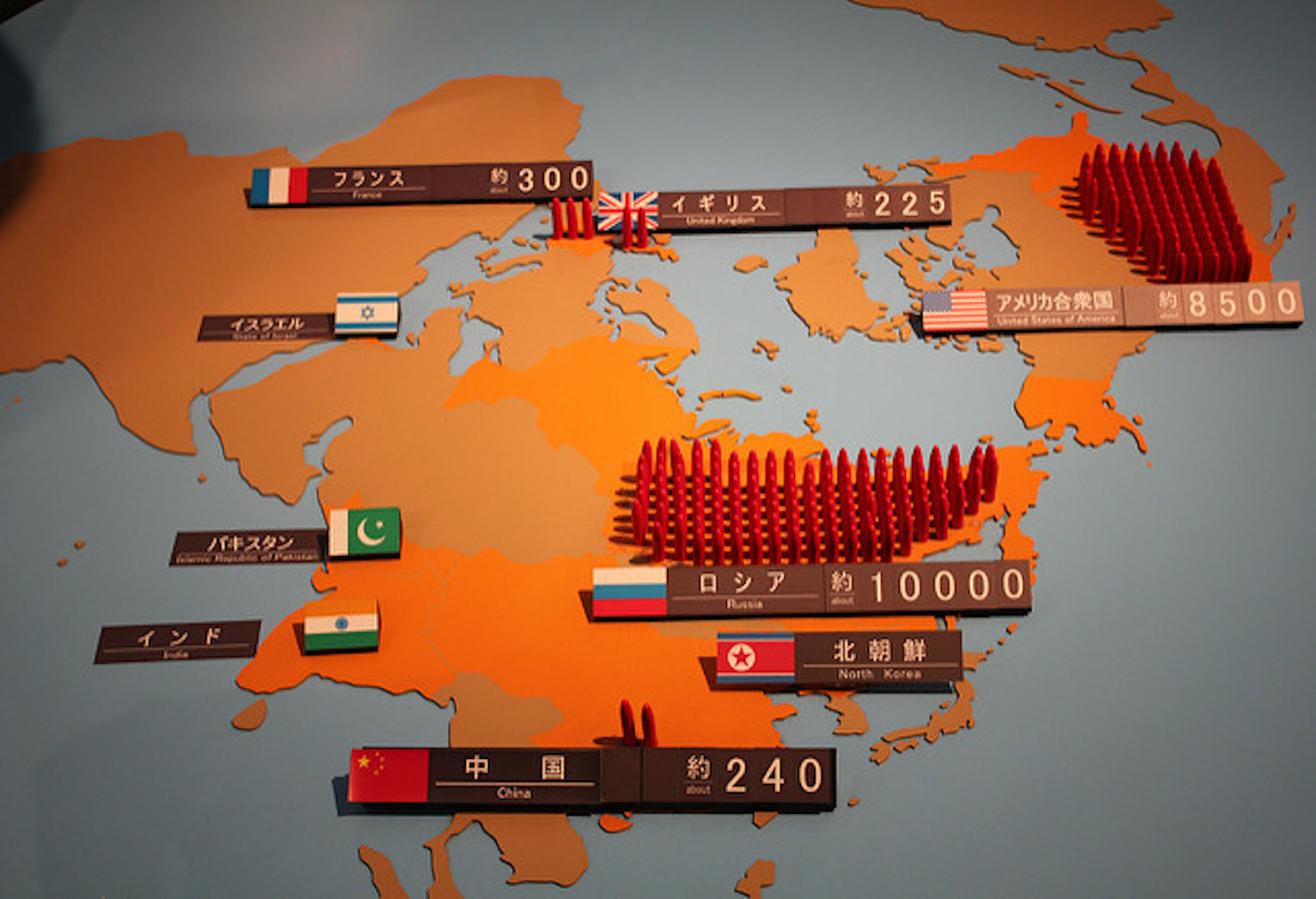 Against all odds, 122 countries agreed in July to ban nuclear weapons. At the heart of the United Nations treaty is an explicit ethical goal: to protect peoples of the world from the humanitarian catastrophe that would ensue if nuclear weapons were employed.

The United States lobbied hardest against this treaty, contending that these weapons of mass destruction keep us secure. Despite this morbid logic, we learned recently that our government’s leaders have a set of fortified sites constructed to save themselves in the event of nuclear catastrophe while the rest of us fend for ourselves.  (See Garrett Graff’s book, Raven Rock: The Story of the Government’s Secret Plan to Save itself While the Rest of US Die).

But the US leaders who would know best about weapons and national security–generals and weapons scientists–have had a different take on the security and morality of nuclear weapons, from their first use in 1945 through their existence today. American leaders from all branches of the armed forces, among them Generals Eisenhower, Arnold, Marshall and MacArthur; and Admirals Leahy, Nimitz, and Halsey strongly dissented from the decision to use the atomic bombs on Hiroshima and Nagasaki for both military and moral reasons.

Japan was already defeated and in peace negotiations with the Soviet Union; surrender was imminent. Bombing dense human settlements was barbarous and would shock world opinion; and a demonstration bombing away from residential areas (also suggested by many atomic bomb scientists) could be used instead to force immediate surrender.

The top military commanders concurred that the decision to use the atomic bomb was political, not military. The US wanted to demonstrate the new atomic weapon that we solely possessed to intimidate the Soviet Union. The opposite happened: an arms race between the US and Soviet Union ensued. Today seven other countries also possess nuclear weapons (Britain, France, China, Pakistan, India, Israel and North Korea), with the ever-present specter of their use, an accident, or their theft by terrorists. (Two countries, South Africa and Iran have relinquished their programs and signed the new nuclear weapons ban treaty).

On February 2, 1998 retired General George Butler, former Commander of US Strategic Air Command statement spoke to the National Press Club: “The likely consequences of nuclear weapons have no politically, militarily, or morally acceptable justification…The unbounded wantonness of their effects…transcend time and space, poisoning the earth and deforming its inhabitants for generation after generation. They…expunge all hope for meaningful survival. They hold in their sway not just the fate of nations but the very meaning of civilization.”  He joined 60 other retired generals and admirals calling for nuclear weapons abolition.

At their fortieth anniversary reunion in Los Alamos, New Mexico, 70 of 110 physicists who had worked on the atomic bomb signed a statement in support of nuclear disarmament.

A word about Korea, given the nuclear tensions between that country and the US. In 2013, former President and Korean War veteran Jimmy Carter spoke at Lafayette College about the US policy towards North Korea. He traced the current crisis to the Bush administration's repeal of a 1994 agreement with North Korea that assured North Korea would not develop nuclear weapons in exchange for energy and economic aid.

In the early 1990s, Carter was asked by the North Korean leader Kim II Sung to come to North Korea "because," he said, "no one in the US government would talk to the North Koreans." After persuading the adverse Clinton administration for permission, he met with Kim II Sung who expressed the desire for a peace treaty with the United States and to have the economic embargo lifted against his country. The result of their talks was a successful diplomatic agreement that ended the Korean nuclear weapons program in exchange for lifting an economic embargo and allowing Americans to search for the remains of Korean War veterans.

The Bush administration dismantled that agreement and included North Korea in the "Axis of Evil" countries, making it an explicit target of regime change. North Korea responded by re-starting a nuclear weapons program, weapons testing and chest-beating war rhetoric. The Obama administration (and, in lockstep, the Trump administration) ratcheted up war games with South Korea, including a simulated nuclear attack on North Korea. Thus, a small, poor country wasted by its own militarization and the world's militarized superpower are locked in an asymmetric nuclear standoff.

Pat Hynes is a retired environmental engineer and Professor of Environmental Health and directs the Traprock Center for Peace and Justice.

Blog: Open letter to President-elect Trump: negotiate nuclear zero
As president of the United States, you will have the grave responsibility of assuring that nuclear weapons are not overtly threatened or used during your...
Article: A world in trouble: drought, war, food, flight
Climate change is becoming a permanent reality affecting food supplies in many parts of the world, escalating a new international food crisis in 19...
Blog: Time to end the Gaza blockade - 9 years on
As the blockade imposed by Israel approaches its 9th anniversary, it continues to devastate the lives and livelihoods of 1.8 million Palestinians living...
Article: The world's common humanity and US foreign policy
'A sensible and effective foreign policy recognizes that our safety and welfare is bound up with the safety and welfare of others around the world.' By...
Printer-friendly version