3% of U.S. military spending could end starvation on earth 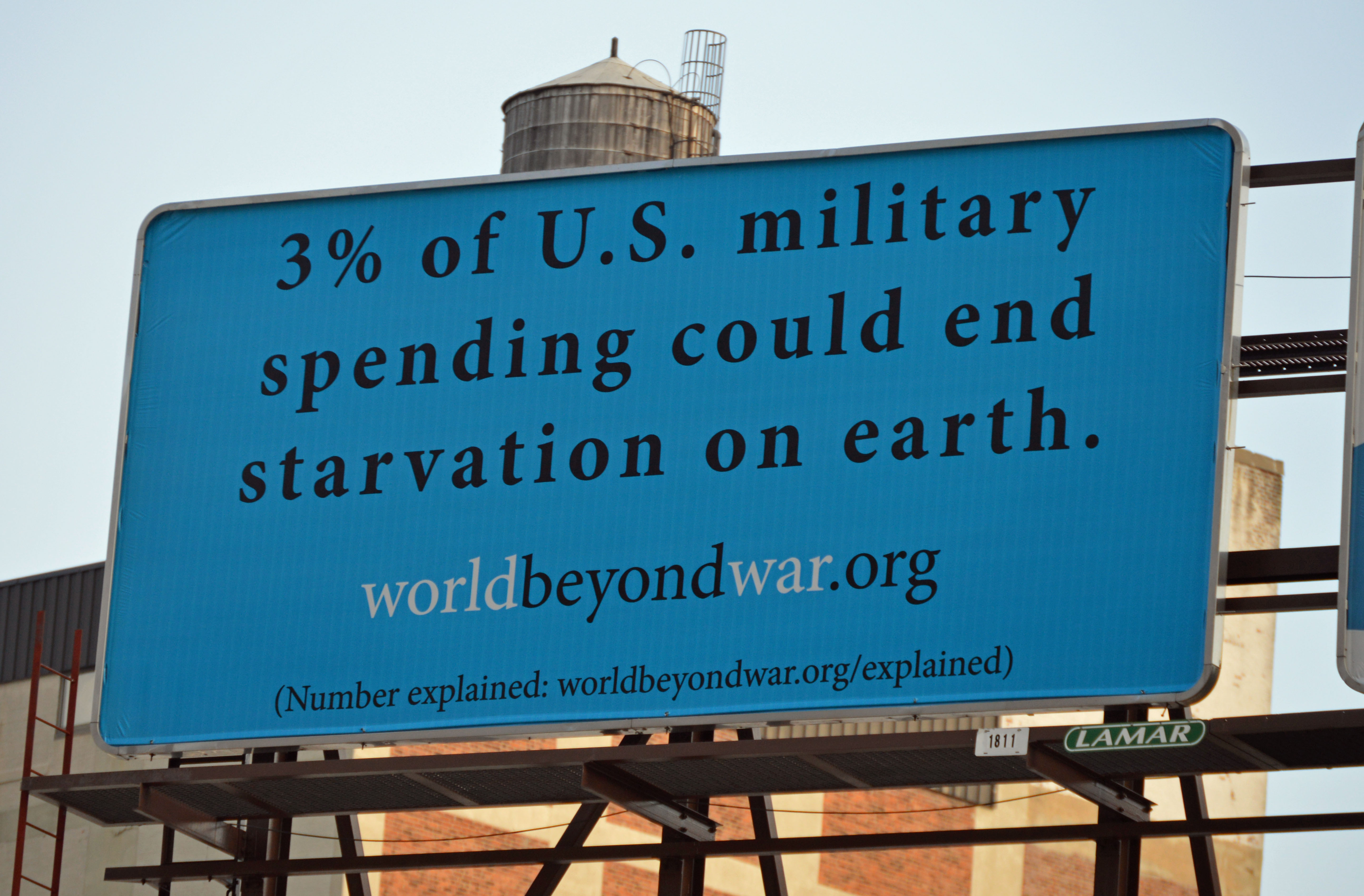 A billboards project from World Beyond War highlights how little of current U.S. military spending could permanently end hunger and extreme poverty globally.

In 2008, the United Nations said that $30 billion per year could end hunger on earth, as reported in the New York Times, Los Angeles Times, and many other outlets. The Food and Agriculture Organization has not updated that figure since 2008, and has recently told us that such figures do not require much updating.

In a separate report, most recently published in 2015, the same organization provides a figure of $265 billion as the cost per year for 15 years to permanently eliminate extreme poverty, which would eliminate starvation and malnutrition — a broader project than just preventing starvation one year at a time.

The FAO’s spokesperson informed us in an email: “I think it would be incorrect to compare the two figures as the 265 billion has been calculated taking into consideration a number of initiatives including social protection cash transfers aimed at extracting people from extreme poverty and not just hunger.”

As of 2019, the annual Pentagon base budget, plus war budget, plus nuclear weapons in the Department of Energy, plus Homeland Security and other military spending totaled well over $1 trillion.

So, 3% of U.S. military spending could end starvation on earth.

With the globe spending roughly $2 trillion per year on militarism (roughly half of it by the United States), we can also say that 1.5% of GLOBAL military spending could end starvation on earth.

News: 2020 to see 'highest figure in decades' in need of humanitarian assistance
According to OCHA’s “Global Humanitarian Overview 2020,” 168 million people worldwide will need assistance in the coming year — the “highest figure in...
Blog: Should we feed hungry children, or the war machine?
Every dollar of public money financing US militarism abroad is a dollar that could fight hunger, homelessness, or climate change, writes Medea Benjamin...
Article: If America can find $716bn for the military, it can fund the Green New Deal
At long last the political debate in the world’s richest country is vibrant with proposals that would help the most vulnerable in our society. And what do...
News: Link between conflict and hunger worldwide, ‘all too persistent and deadly’, says new UN report
Conflict-driven hunger is getting worse, according to a snapshot of the eight places in the world with the highest number of people in need of emergency...
Printer-friendly version