‘Even it up’ for a sharing society 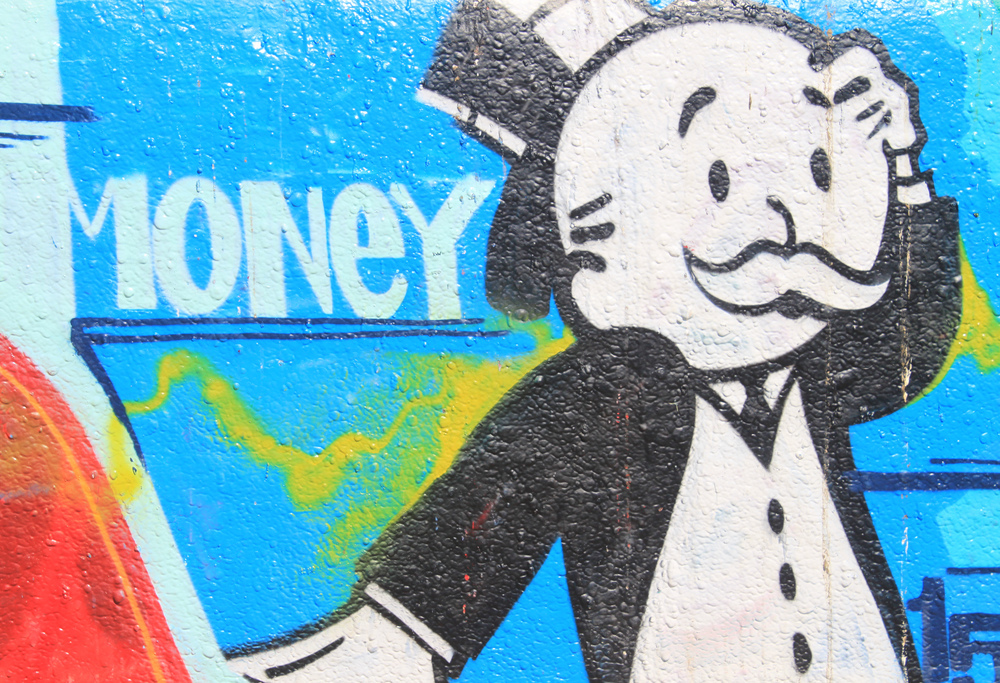 A call for sharing the world’s resources is being heard almost everywhere today, and is consistently at the heart of civil society demands for a better world.

But too often, this mutual concern is understood and couched in implicit terms, without acknowledging the urgency of realising a fairer sharing of wealth, power and resources as a solution to humanity’s problems. This is the essential message of STWR’s ‘global call for sharing’ campaign, in which we aim to highlight how progressive thinkers and advocacy groups are variously framing their activities in terms of this universal principle.

One civil society organisation that is increasingly framing their advocacy work along these lines is Oxfam, as highlighted by their ongoing ‘Even it Up’ campaign to end extreme inequality. Over the years, Oxfam’s researchers have become adept at translating dry statistics into killer facts that capture the public imagination about how unequally the world’s wealth is shared. For example, few people will not have heard their shocking statistic popularised earlier this year that the world’s richest 80 people (who could easily fit on a double-decker bus) own as much wealth as the poorest 3.5 billion people combined.

But their many sensible policy recommendations for reducing inequality also reveal the inextricable relationship between economic justice and the need for greater sharing in our societies, however anathema this cause may remain to the neoliberal mindset of today’s mainstream politicians. At the end of the day, it’s common sense – as simply put by one of Oxfam’s senior researchers in a new introduction to their work on inequality:

“There is enough for everyone, but we have done a terrible job of sharing the world's resources in a way that is fair and just. Each of us is born into this world with very different prospects and opportunities to enjoy these resources. We are citizens of different countries each with unique geographies, economies, demographics and policies. We belong to different social and economic groups, rich and poor, educated and non-educated. We have different individual characteristics, of different genders and abilities, with different skills and talents. And all of this affects how much money we can expect to earn in our lifetime, how likely you are to die before your fifth birthday or go to bed hungry tonight. This is an injustice. And this is why Oxfam is increasingly concerned not just with absolute poverty, but with the unjust distribution of resources that keeps people poor.”

For anyone interested in the ‘big inequality debate’ that is arguably one of the greatest issues of our time, it’s well worth reading the full campaign report Even it Up which is endorsed by some leading progressive thinkers, such as Joseph Stiglitz, Richard Wilkinson and Kate Pickett, and Ha-Joon Chang. The report overviews the latest trends in inequality which reveal how the gap between rich and poor countries – while still huge – is beginning to lessen, although national levels of inequality are continuing to increase within most countries.

In affluent countries, too, the report demonstrates how society's “riches are not being shared with the poorest” on a worsening scale over the past 30 years, leading to an obscene concentration of power and wealth in the hands of a few. For example, it would take the world’s richest man, Carlos Slim Helu, 220 years to spend all of his current wealth at a rate of $1 million per day. The report’s chapters on the principle causes of this inequality explosion appear to be bang on the money (if you’ll forgive the pun), summarised in terms of the prevalent ideology of market fundamentalism, along with the attendant capture of power and policy by elites.

The case against inequality has now been comprehensively made in any number of recent textbooks, but the report also provides a thematic interpretation of the many reasons why inequality hurts us all – from its impact on growth and poverty reduction, to its effects on life chances and social stability. The long sections on solutions to inequality focus on the merits of just and redistributive tax systems, as well as the need for universal public service provision and social welfare for all.

Various recommendations are also made for governments, international institutions and corporations to change “the rules and systems that have led to today’s inequality explosion”, all of which would go a long way to levelling the playing field by “implementing policies that redistribute money and power from wealthy elites to the majority”. No doubt some more radical proposals could be added to the list, but few could disagree with the report’s overall perspective: that it’s high time we all pushed for greater equality (read ‘sharing’) in our societies, and it’s up to us – the so-called 99% – to mobilise and make it happen as empowered, informed and active citizens.

Blog: Oxfam’s latest bombshell on how unequally the world’s wealth is shared
Twitter feeds and newspaper headlines were again dominated this morning by new statistics on growing wealth inequality, as released by Oxfam ahead of this...
Article: Extreme wealth vs global sharing
Campaigners have long proposed measures to reduce extreme inequality, but policymakers remain fixated on an economic model that threatens to undermine the...
Page: Join the global call for sharing
Sign the global call for sharing and add your voice to the growing demand for a fairer sharing of wealth, power and resources within and between countries...
Report: Sharing as our common cause
This report demonstrates how a call for sharing underpins many existing initiatives for social justice, environmental stewardship, true democracy and...
Printer-friendly version