Will Covid-19 spur a peoples’ bailout for the world’s poorest? 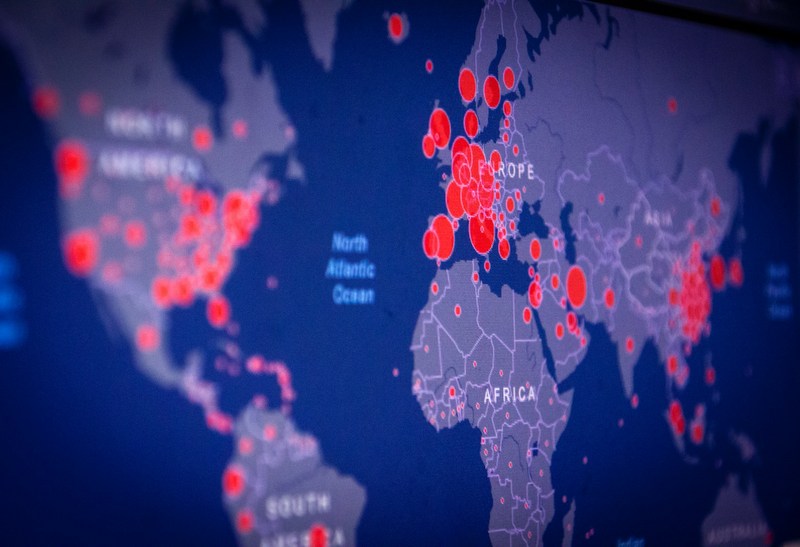 The question is whether Covid-19 will awaken us to the stark inequalities of our world, or does it simply represent a new cause of impoverishment for the vast swathes of humanity who have long been disregarded by the public’s conscience?

Since the beginning of 2020, we’ve entered an extraordinary new era. There is still a great deal of fear and uncertainty about what lies ahead, and most countries are undergoing a kind of social and political revolution that is unprecedented in the post-war period. But amidst the tragedy and suffering of those affected by Covid-19, there is also a reawakening of hope about the future possibilities of this epochal moment. Political campaigners of every type are rolling out their progressive agendas, envisioning the crisis as an inflection point that could potentially kickstart a more just and sustainable economy.

The reasons for optimism are in plain view. With major economies temporarily frozen, state interventions on a colossal scale have directly contradicted the prevailing ideology of our time. The free market creed that has run the world for almost 40 years is, once more, effectively defunct; in its place, governments are forced to undertake huge feats of economic planning in order to avert an economic catastrophe.

Right across the Western world, state-imposed lockdowns have necessitated social solidarity policies that were previously unthinkable. Rescue programmes vary greatly in terms of social protection measures, cash assistance and workers’ rights, but there is no alternative to governments stepping in to secure the livelihoods of millions of people.

Despite the shortcomings of many schemes, together they have dramatically busted the myth that governments cannot afford to implement radical pro-social investments. Never has there been such a case for guaranteeing everyone’s right to an adequate standard of living during the current crisis and beyond, particularly by rolling back punitive austerity measures and the privatisation of essential public services.

Even a universal basic income has suddenly resurged in popular interest and been seriously discussed by policymakers of all political persuasions. From every quarter, the calls are ringing out for a different kind of economy to be built that recognises the limitations of the market, and that places finance at the service of basic human rights.

But the worst of the pandemic is still to come, and it’s too early to tell how events will unfold. An implosion of global financial markets is an imminent possibility, with a global recession of perhaps record dimensions a near certainty. What will happen then for social safety nets and economic priorities—will the burden of adjustment really be shouldered by large corporations and wealthy elites, or will governments heap the costs onto the poor and ordinary workers as since 2008?

The one certainty is that the most vulnerable and excluded members of society will suffer the worst consequences, as with all economic crises. We may be all in this together, and the coronavirus may not discriminate as to one’s socioeconomic class, but the experience of lockdown will be very different with respect to one’s position and place in society. This pertains most of all to those who live in the world’s most downtrodden places, where even basic health advice is impossible to follow. Constant media reports now question how a billion people living in slums can practice social distancing, or frequently wash hands when there is no easy access to clean water or sanitation (a situation that afflicts 40% of the world population).

The prospects are terrifying for the millions of migrants and displaced people, prisoners, the homeless and those who live in disaster-prone areas. Not only are they most exposed to infection, but they are least able to access quality healthcare, and most impacted by a loss of income. No government support packages will be expected by the world’s 25.9 million refugees, of whom huge numbers may be left to fend for themselves in overcrowded temporary settlements.

For many low-income countries, the current health crisis could become a ‘double tap’ that exacerbates existing humanitarian challenges, such as conflicts, droughts, the locust plague or endemic poverty. Healthcare systems are already overburdened throughout the global South, especially where IMF-backed austerity cuts have been imposed. Scores of countries have endured waves of fiscal adjustment programmes that have increasingly weakened social protection schemes, curtailed labour rights and exacerbated precarious work.

If the virus takes off in its ‘third wave’ – after China, after Europe and across the developing world – the consequences could be devastating for under-resourced governments that are reeling from other humanitarian catastrophes.

As John Pilger has reminded, deaths from Covid-19 still pale in comparison with the 24,600 people who unnecessarily die from starvation every day, or the 3,000 children who die from preventable malaria. Not to mention other diseases of poverty like tuberculosis or pneumonia, or the cholera crisis in Yemen, or the countless daily deaths due to economic sanctions in countries like Venezuela and Iran. No pandemic or global emergency has ever been declared for these people.

Will Covid-19 therefore awaken us to the stark inequalities and injustices of our world, or will it simply represent a new cause of impoverishment for vast swathes of humanity who have long been disregarded by the public’s conscience?

Given the huge challenges for less developed countries, it is essential that governments respond to this global health emergency through genuine cooperation and the sharing of international resources. The developing world is already in turmoil due to falling commodity prices and foreign direct investment, a collapse in tourism and the weakening of their own domestic demand—even before the socioeconomic impacts of the virus take hold.

Heavily indebted countries are also facing a ‘double whammy’ of declining exports and sharply increased borrowing costs, raising the prospect of a new debt crisis that engulfs south-east Asia, Latin America and Africa. But the need for global economic sharing goes beyond moral imperatives: unless we prevent these regions from descending into chaos, the virus could circle around the world and be reimported into richer countries.

The scale of an emergency response plan is boldly summarised by Oxfam, who call upon governments to implement a globally-coordinated and massive investment in public health. This necessitates a degree of international aid-giving that is unseen in our history, as well as an immediate moratorium on debt interest payments for poor countries without conditions.

Oxfam estimate that it would cost $159.5 billion to double the health spending of the 85 poorest countries, home to nearly half the world’s population. Compare this with the trillions of dollars being released by the United States and European Union in their emergency relief measures. The United Nations, in contrast, has so far called for merely $2 billion to fund its Humanitarian Response Plan, which is seriously inadequate given the scale and complexity of the crisis, but still far from being met.

Beyond this emergency relief, there is also an urgent need to transform the global economy in the longer term. The coronavirus crisis has given renewed impetus for major structural financial reforms, including action against tax havens, debt cancellation and changes to trade rules. This is essential for enabling poorer nations to protect jobs and build comprehensive, universal public services and social protection systems.

Above all, a massive global stimulus package should be directed towards supporting green industries, rather than further entrenching fossil fuel interests. Similar proposals for a Global Green New Deal were put forward after the last financial crisis over a decade ago: now time is running out for governments to mobilise maximum resources towards decarbonising the global economy and restoring our natural ecosystems. A ‘just transition’ of sufficient scale will also serve to increase the resilience of low- and middle-income countries as they diversify production and reduce their heavy reliance on commodities.

A spirit of solidarity

The UN trade and development body, UNCTAD, has renewed its appeal for a new Marshall Plan for the global South, in which G20 nations act in a spirit of solidarity to assist the 6 billion people living outside their core economies. But there is little hope for such a historic level of coordinated global leadership to emerge, when the most powerful nations—particularly the United States—continue to view world politics as a zero-sum game in which states compete rather than cooperate. The global pandemic has arisen within a crisis of multilateralism which has increasingly eroded governments’ capacity for collective action in the post-crash years, so it is hardly surprising that the virus is already outpacing a global response.

Now, as ever, the responsibility for transforming geopolitical relations lies not with influential heads of state, but with ourselves. There may be much heartening evidence of national and local solidarity during this lockdown period, but the question remains as to whether that will be translated internationally once a vaccine is discovered.

Will the more privileged people in affluent societies continue to profess our global interconnectedness, while shrugging their shoulders at the dire inequality that leaves half the world impoverished? Or will we unify our demands in a deafening call for securing everyone’s basic socioeconomic rights, which would directly strengthen the United Nations’ capacity and foundational purposes like never before?

It is one thing to call for a people’s bailout in single nations alone, but it is something else to call for a global people’s bailout that benefits every disadvantaged individual and family in all countries. If the coronavirus crisis is revealing anything of lasting human significance, surely it must be this necessity of finally sharing our planet’s phenomenal wealth and ample resources.

Adam Parsons is the editor at Share The World's Resources (STWR), a civil society organisation based in London, UK, with consultative status at the Economic and Social Council of the United Nations.

Article: A global people’s bailout for the coming crash
When the global financial crisis resurfaces, we the people will have to fill the vacuum in political leadership. It will call for a monumental...
Report: Heralding Article 25: A people's strategy for world transformation
After so many years of political inaction only the massed goodwill of ordinary people can bring about an end to poverty in a world of plenty through...
Article: As the Universal Declaration of Human Rights turns 70, it’s time to resurrect its vision of global sharing and justice
What are the political implications of meeting the established human right for everyone to enjoy an adequate standard of living? In short, it necessitates...
Article: It’s time to reawaken the spirit of Occupy for the starving millions
How is it possible that so many people still die from severe malnutrition and lack of access to basic resources in the 21st century? The time has come for...
Page: Join our campaigns for Article 25
Find out more information about our current campaigning initiatives and events. You can sign up to join us on demonstrations for Article 25; download...
Printer-friendly version