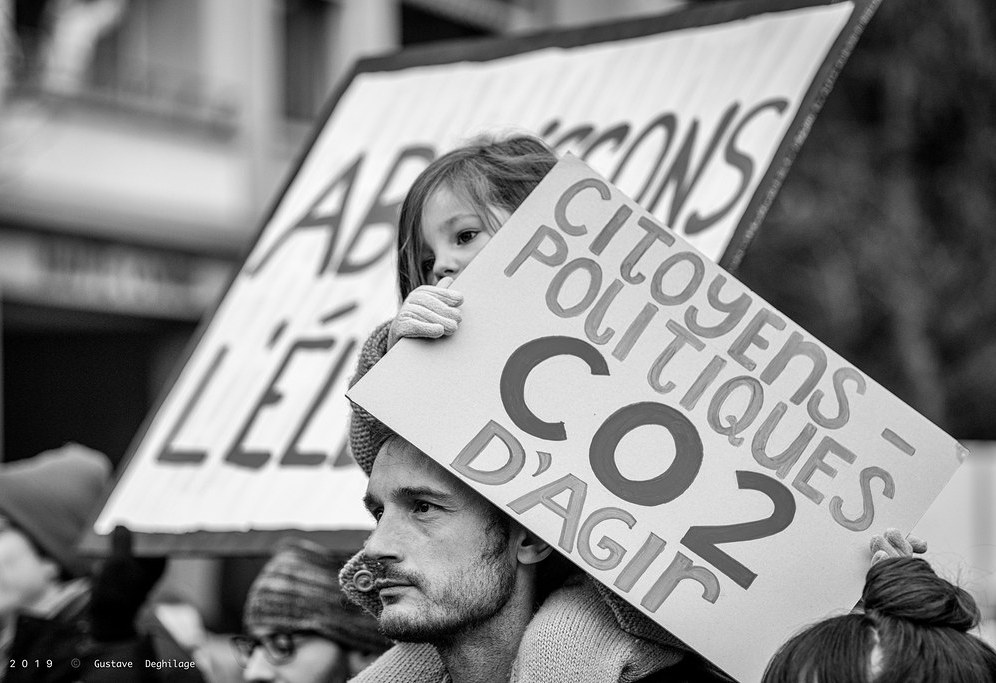 Individual choices matter, but they will not save the world. What we must do is reorient our politics towards a recognition of the limits of our planet, writes Susanna Rustin.

The case for action to tackle the climate emergency, on a scale far beyond anything that has yet been attempted, is increasingly widely understood. Almost three decades after the first UN climate treaty was agreed in Rio de Janeiro in 1992, and despite the commitments thrashed out among nation states at every summit since, global carbon emissions last year rose to a record 37.1bn tonnes.

In October, UN scientists warned that within 12 years a target of 1.5C of global heating would be out of reach. Above this level, temperature increases are predicted to cause colossal disruption: 10 million more people displaced as a consequence of higher sea levels; greatly increased risk of fires, drought and extreme weather of all kinds; shrinkage of plant and insect habitats with massive effects on agriculture as well as nature; the extinction of coral.

Thankfully, and due to efforts by activists as well as scientists, in some parts of the world the climate emergency is finally receiving some of the attention it deserves. Last month’s elections to the European parliament saw Greens win nearly 10% of the seats. For a week in Britain at the end of April, when four sites in London were occupied by Extinction Rebellion activists, and the Swedish school striker Greta Thunberg met party leaders in Westminster, the story dominated the national news. This was a stunning achievement by campaigners, and appears to have had an effect. An opinion poll last weekshowed the environment overtaking every other issue apart from Brexit and health among voters’ priorities. As one of her final acts as prime minister, Theresa May this week committed to a target of net-zero carbon emissions by 2050.

But the danger remains. For decades, our attitude to the climate crisis has combined complacency and denial, while the number of people (and politicians) firmly committed to action on anything like the required level has struggled to climb above a tiny minority. With attention focused by recent, alarming temperature rises and emissions increases, as well as by the prospect of a series of crunch meetings at the UN, serious attempts are at last being made to frame a policy response.

The Green New Deal embraced by leftwing US Democrats and elsewhere is the best chance we have. Economist Joseph Stiglitz wrote recently that we should think of the response to climate change as a “third world war”. It is helpful to have a historical analogy on which to draw, when thinking about the transformation that is needed if we are to avoid a descent into chaos and dystopia. To be paralysed by panic would be a disaster. But there are also big differences between the situation human civilisation faces now, and any we have ever faced before.

The climate crisis differs from a war because it does not have an end – or not in the same way. And while there is an enemy, in the hugely powerful fossil fuel industry and the politicians who are its backers, this is a much harder foe to identify than a foreign power. As for the Green New Deal, there is a risk that it can be made to sound too much like a leftwing utopia.

It is extremely difficult to see a safe way through the next few decades that does not involve a drastic reorientation of global priorities, towards wildlife and away from consumption. Meeting the UK’s 2050 net-zero target, for example, will require planting almost 3bn trees. We can expect air quality to improve as we shift to electric cars. Some people are already discovering a new relationship with food. If the world is to come together as we need it to, human values will have to assert themselves over the forces of capital.

But everyone who is serious about addressing what Thunberg rightly calls an “existential crisis” must be honest about what the process of getting there will entail. Some are already doing this. US activist Emily Johnston takes as a starting point her sense of “despair” about the state of the oceans, but goes on to argue that “the only sane thing to do is to radically change our agriculture and our forestry to help stabilise the climate”. Richard Powers’ recent Booker-shortlisted novel The Overstory focused on the immense psychological challenge, for humans, of making wildlife a priority above the struggles between ourselves that so preoccupy us all.

Individual choices matter: in Sweden, air passenger numbers have fallen as a result of people choosing not to fly. Analysis shows that the generation taking part in the climate strikes (born between 1997 and 2012) should have an allowance of six times less carbon per person than their grandparents. Cutting down on carbon is essential, and cannot be left to governments.

But lifestyle audits are not the main point. If taken to extremes, the focus on personal habits can even become a distraction. Turning vegan or giving up flying are good and important things to do. But they will not save the world. What we must do is reorient our politics towards a recognition of the limits of our planet. Increased numbers of “climate voters” are one indication that this is already happening. But the number of British adults who regard climate as a priority remains small: only 27% see it as one of the top three issues.

That figure doubles among 18- to 24-year-olds. Currently, young people seem to have a better handle on the situation than most. It makes sense that they are at the forefront of the new wave of environmentalism. As the humans with the most years ahead of them, they have the most to lose from the status quo.

But children know they cannot solve the crisis on their own; there are only a handful of countries in which 16- and 17-year-olds even have a vote. That’s why, last month, Thunberg and others called for adults to join them on 20 September in a global general strike.Read more

Whether and where such action takes place will depend on local factors as well as how the global climate movement develops over the summer. In the US and Australia, vigorous activism coexists with entrenched denial, while China’s authoritarian government makes mass protests there a remote prospect. But in Europe, particularly in countries where Green politicians have made gains, large-scale climate strikes are possible.

There are many reasons why they might not happen. But when it comes to the environment, as the Indian writer Arundhati Roy has argued, imagination is at the heart of it; and the question of whether we can see the future clearly enough to prioritise it over short-term gain. Having cheered on the school strikers, we adults must now show them that we can. This is what a climate emergency means.

News: 'Unprecedented' changes to world economy and society required to avoid climate chaos, UN report warns
Avoiding global climate chaos will require a major transformation of society and the world economy that is “unprecedented in scale”, the United Nations...
Blog: We're stepping up - join us for a day to halt this climate crisis
Many notable activists and celebrities are calling for a global climate strike on 20 September. Disrupting our normal lives is the only way to secure our...
Article: Is it possible for everyone to live a good life within our planet’s limits?
Although wealthy nations like the US and UK satisfy the basic needs of their citizens, they do so at a level of resource use that is far beyond what is...
Report: The intersection of politics and spirituality in addressing the climate crisis
The following interview with STWR’s founder, Mohammed Sofiane Mesbahi, examines both the contemporary political and profounder spiritual implications of...
Printer-friendly version