On the Universal Declaration of Human Rights 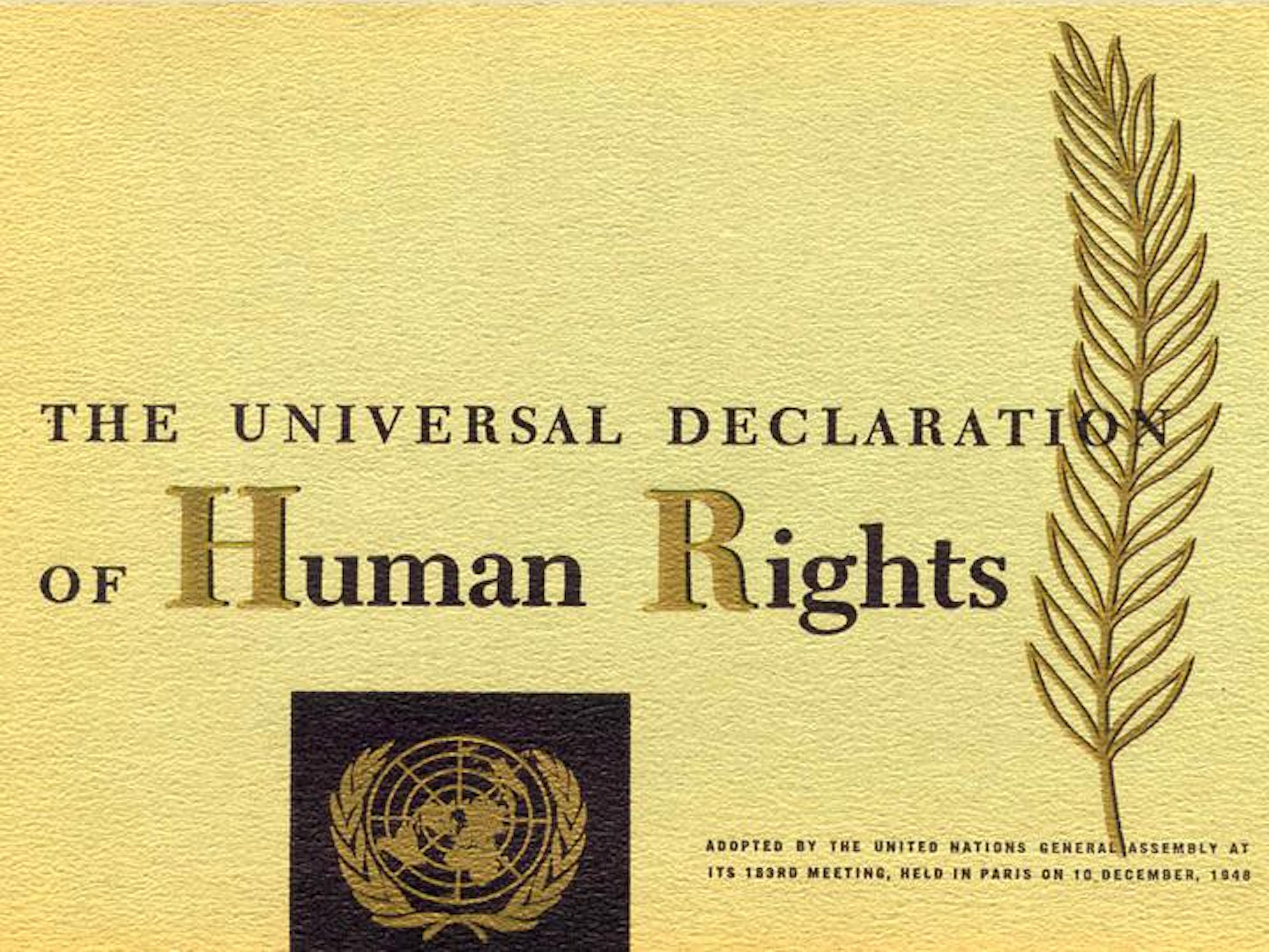 The 1948 Universal Declaration of Human Rights retains its vigour six decades after its adoption. Yet, in this first decade of the twenty-first century, there still remains a long way to go in order to achieve the plenitude of the international protection of human rights. And there is great need to conceive new forms of protection of human beings, writes Antônio Augusto Cançado Trindade.

When the General Assembly of the United Nations adopted, on 10 December 1948, the Universal Declaration of Human Rights, in one of the brief spells of enlightenment in the twentieth century, one could hardly anticipate that a historical process of generalization of the international protection of human rights was being launched, on a truly universal scale. Throughout the last six decades, of remarkable historical projection, the Declaration has gradually acquired an authority which its draftsmen could not have foreseen. This happened, not only because of the persons who participated in its elaboration, nor because of the form which was given to that historical document, nor because of the circumstances of its adoption: it happened mainly because successive generations of human beings, from distinct cultures and all over the world, recognized in it a “common standard of achievement” (as originally proclaimed), which corresponded to their deepest and most legitimate aspirations.

Already throughout the travaux préparatoires of the Universal Declaration (particularly in the thirteen months between May 1947 and June 1948), the holistic view of all rights to be proclaimed promptly prevailed. Such outlook was espoused in the official preparatory work of the Declaration, that is, the debates and drafting in the United Nations Commission on Human Rights and subsequently in the Third Committee of the General Assembly. In addition, in 1947, in a contribution to the work then in course in the Commission on Human Rights, the United Nations Educational, Scientific and Cultural Organization undertook an examination of the main theoretical problems raised by the elaboration of the Universal Declaration; it circulated, to some of the most influential thinkers of the time around the world, a questionnaire on the relations between rights of individuals and groups in societies of different kinds and in distinct historical circumstances, as well as the relations between individual freedoms and social or collective responsibilities.

Some of the answers to the questionnaire singled out the interdependence of all human rights, the guarantee of freedom of the individual in face of the forces of collectivity and of situations of adversity, and the relations between rights and duties. The 1948 Universal Declaration stressed the interdependence of all human rights (civil, political, economic, social and cultural), all inherent in the human person. Shortly after its adoption, conceived as the first of a three-part International Bill of Human Rights (that was to be followed by a Convention – which later resulted in the adoption of the two Covenants – and measures of implementation), the deep ideological divisions of the world of the 1950s led to the categorization of human rights.

It was not until the first International Conference on Human Rights (Teheran, April to May, 1968), two decades after the adoption of the Universal Declaration, that the reassertion of the holistic view and interrelatedness of all human rights (nowadays universally acknowledged) took place, in a world then divided by the bipolarity characteristic of the cold war. Such reassertion, reiterated in successive resolutions of the United Nations General Assembly, has generated a considerable transformation in the treatment of human rights matters at the international level ever since. When the 1968 Teheran Proclamation forcefully advanced the thesis of the indivisibility of all human rights, it was rescuing the basic philosophy underlying the Universal Declaration in this regard.

With the gradual adoption of United Nations sectoral human rights conventions and the operation of several international supervisory organs thereunder, it was not surprising that, 25 years after Teheran, the Declaration and Programme of Action of Vienna, adopted by the second World Conference on Human Rights (Vienna, June 1993), was marked by the recognition of the necessity to achieve a better coordination of the several international instruments of protection, which had coexisted in the previous two and a half decades. The Teheran Proclamation corresponded to the legislative phase, and the Vienna Declaration and Programme of Action to the implementation phase, of those multiple instruments of protection. Each one is a product and testament of its time.

The second World Conference concentrated its attention on the means to secure the effectiveness of human rights in practice, with special attention turned to discriminated or disadvantaged persons, to vulnerable groups, to the poor and to all those who are socially marginalized or excluded, in sum, to those in greater need of protection. It gave concrete expression to the interdependence of all human rights and their universality (enriched by cultural diversity).

The 1948 Universal Declaration of Human Rights is widely recognized as having inspired, and paved the way for, the adoption of more than seventy human rights treaties, applied today on a permanent basis at global and regional levels (all containing references to it in their preambles). In addition, the Universal Declaration served as a model for the enactment of numerous human rights norms in national constitutions and legislations, and helped to ground decisions of national and international courts. The Universal Declaration, moreover, is today widely recognized as an authoritative interpretation of human rights provisions of the Charter of the United Nations itself, heralding the transformation of the social and international order to secure the enjoyment of the proclaimed rights.

General awareness was gradually formed of the existence of rights which are inherent in all human beings, which thus pre-exist, and stand above, the State and all forms of political organization. There was general acceptance of the corollary of this, namely that the safeguarding of such rights  emanates from the law of nations itself, and is not exhausted – nor can it be exhausted – by the action of States. The international community as a whole, moved by the universal juridical conscience, conferred upon the Universal Declaration the dimension that it has today, recognized in the international case law, incorporated in the domain of customary international law, and gave expression to some general principles of law universally recognized. The Universal Declaration has thus much contributed to render human rights the common language of humankind.

Yet, in this first decade of the twenty-first century, there still remains a long way to go in order to achieve the plenitude of the international protection of human rights. There is great need to conceive new forms of protection of human beings. Virtually all the existing mechanisms of protection were conceived as responses to different kinds of human rights violations. The current concern of international organs of protection, faced with continuing violations of human rights, to develop measures both of prevention and of follow-up, has its raison d’être. Such measures would tend to establish and consolidate a system of continuous monitoring of the observance of human rights anywhere, pursuant to the same criteria. Such monitoring would constitute, ultimately, the response, at the procedural level, of the recognition obtained at the second World Conference on Human Rights in 1993 of the legitimacy of the concern of the whole international community with human rights violations everywhere and at any time.

The protection of human rights nowadays occupies a central position in the international agenda of the twenty-first century. At the global level, the multiplicity of international instruments in the present domain discloses a fundamental unity of conception and purpose. The 1948 Universal Declaration – the starting point – retains its vigour six decades after its adoption. With remarkable foresight, the Universal Declaration propounded a particularly comprehensive principle of non-discrimination and called for the transformation of societies in order to secure the effective enjoyment by everyone of the protected rights.

Turning our eyes to the past as well as to the future, it is undeniable that there have effectively been, in these six decades since the adoption of the 1948 Universal Declaration of Human Rights, considerable advances, above all in the process of jurisdictionalization of the international protection of human rights. This is a domain of protection which admits no steps backwards, and which has been contributing, more than any other branch of the law of nations, to the gradual expansion of the material content of jus cogens, besides disclosing the pressing need today to consolidate erga omnes obligations of protection. Such developments have been due to the universal juridical conscience, as the ultimate material source of International Law, and indeed of all Law. They keep on asserting the universality of human rights at both normative and operational levels – as lucidly propounded six decades ago by the Universal Declaration of 1948.

Report: Heralding Article 25: A people's strategy for world transformation
After so many years of political inaction only the massed goodwill of ordinary people can bring about an end to poverty in a world of plenty through...
Article: Sharing to secure human rights
The following talk was given at a seminar hosted by World Goodwill on the theme "Human Rights, Spiritual Responsibilities - A Crisis for Democracy?", held...
Blog: Human rights beyond borders: The Maastricht Principles turn five
Five years ago, the Maastricht Principles on Extraterritorial Obligations of States was adopted in the area of Economic, Social and Cultural Rights, and...
Printer-friendly version