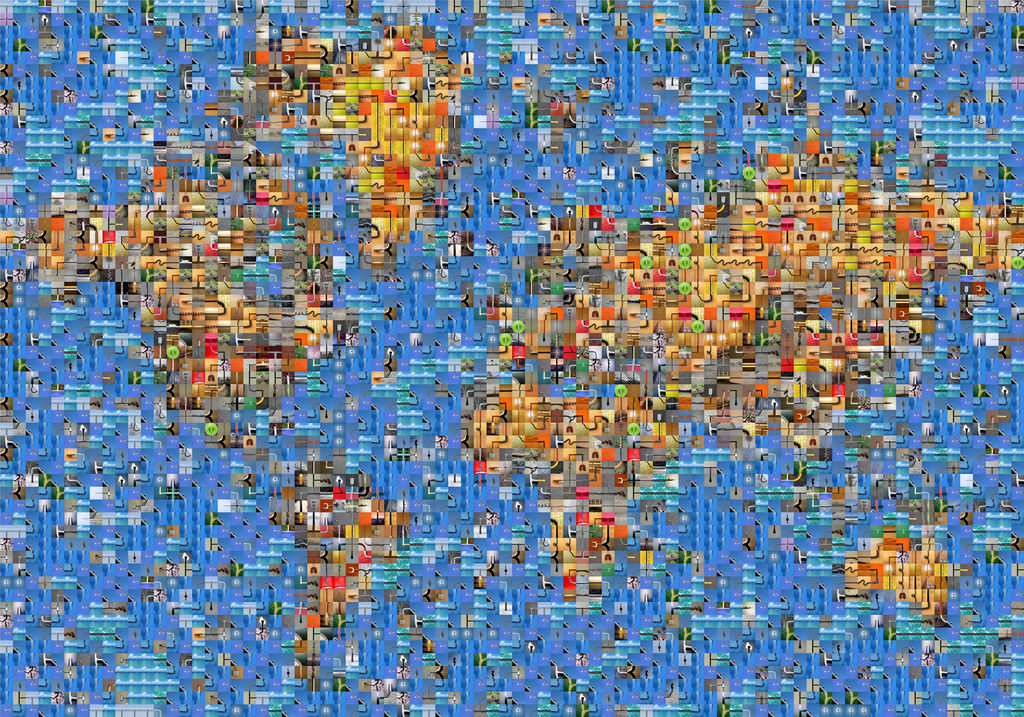 The major spiritual lesson for humanity in the twenty-first century could not be simpler or more urgent, however difficult it has been to realise this obvious truth in our structures of international relationship: that a more equitable sharing of wealth, technology, skills and knowledge is the fundamental basis of a just and peaceful world order.

A common theme in most spiritual and religious traditions is the fact that humanity is an intrinsic part of one life or consciousness, and the human spirit or soul is essentially divine in its nature. This perennial wisdom is expressed in the teachings of great initiates down the ages, as well as in the beliefs and worldview of many indigenous cultures that speak of the interconnectedness of all life – a truth that is increasingly being discovered in the latest advances of physical and life sciences. Many New Age groups and esoteric philosophers espouse this holistic awareness of our inherent equality and oneness, but what are the major political implications of these growing spiritual insights for the world we live in today?

Clearly, our prevailing socio-economic structures in no way reflect the inner connectedness and equality of human beings across the world. Newspapers columns are regularly devoted to the extreme inequality that characterises modern society, in which the top 1% of the world’s population currently own the same wealth as the bottom 56% (or 3.5 billion people). While statistics about progress towards achieving the Millennium Development Goals are endlessly quoted, it is seldom mentioned that around 40,000 people are still dying in poverty each day from largely preventable causes – mainly due to lack of access to sufficient food, clean water, adequate shelter and healthcare. In a bounteous world that has more than enough wealth and resources available for everyone to meet their essential needs (a fact that can no longer be taken for granted), this divided reality makes a mockery of ageless teachings on right human relations and our innate spiritual unity.

From such a perspective, the converging crises of our civilisation are actually spiritual in nature and are thus compelling nations to realise our global interdependence, first of all by accepting that humankind is part of an extended family that shares the same basic concerns and entitlements. International travel, trade and telecommunications has led to a growing understanding that we are part of a global community, yet economic globalisation in its present form is failing to promote and safeguard the needs of humanity as a whole. Far from embodying the spiritual impulse toward planetary synthesis, wholeness and union, economic relationships between rich and poor countries remain predicated on the opposing objects of national self-interest, aggressive competition and materialistic acquisition.

After centuries of colonialism and the exploitation of weaker populations by the more powerful, wealth and resources continue to be extracted from developing countries through illicit financial flows, profit repatriation, corporate tax abuses, unjust debt servicing and other means. The resulting imbalance in living standards and life opportunities between the global North and South – and between rich and poor within every country to varying degrees – is a crisis that lies at the heart of world tensions. The lavish lifestyles of the affluent nations are effectively financed by the poverty of the majority world, while a wholly inadequate overseas aid system and philanthropic activity masks the systemic injustices of the global economy. This reality is so out of touch with basic moral values, let alone spiritual law or divine principles, that drastic changes are now needed to prevent increased turmoil and catastrophe in the years ahead.

The major spiritual lesson for humanity in the twenty-first century could not be simpler or more urgent in this regard, however difficult it has been to realise this obvious truth in our structures of international relationship. Governments have to acknowledge that the natural resources and produce of the world belongs to no one nation but must be shared by all, as embodied in the wise pooling and distribution of essential resources for the benefit of everybody. Rich nations in particular have to understand that they cannot remain islands of prosperity in a sea of deprivation, and that a more equitable sharing of wealth, technology, skills and knowledge is the fundamental basis of a just and peaceful world order. The implications for our competitive, profit-driven institutions and outmoded ideologies are all-encompassing, yet nothing less will suffice to guarantee an end to poverty and the inauguration of a viably spiritual mode of global economic organisation.

Everywhere there is hope and evidence that this momentous transformation is possible, if not already taking place. The global justice movement in its various expressions visibly demonstrates the longing of people to unite across borders, to affirm our equality and interdependence, and to all share in a decent way of life. The environmental crisis is waking us up to a new ethic based on the sacredness of nature and all living beings, and the need for simpler lifestyles that respect planetary boundaries and the rights of future generations. In all directions, the stage is set for a great planetary debate that will define the dawning Age of Aquarius – one that will inevitably be focused on how to implement the principle of sharing into world affairs.

This article was written for the Aquarian Age Community's Diamond Light newsletter, 2015 No. 1.

Blog: Heeding Christ’s teaching to share in the 21st century
To address the epochal challenges of the twenty-first century, we will have to heed Christ’s simple message like never before—and finally share the world’...
Article: Talkin’ ‘bout a global revolution
As the global financial crisis now enters its seventh year, it is time to start asking difficult questions about the right priorities for popular protest...
Article: Why we should all be talking about global sharing
Today, it seems that the idea of sharing is being discussed in almost any context except the political economy. This may be understandable, but if we're...
Report: When will ordinary people rise up?
If world leaders and policymakers are paying merely lip service to the unfolding human and environmental catastrophe, is the growing power of the people's...
Article: Sharing our global ‘rule book’
In this interview published in World Future Review, STWR’s Rajesh Makwana highlights the urgent need to reform global governance institutions in order to...
Printer-friendly version