Richest 1% own half the world's wealth, study finds 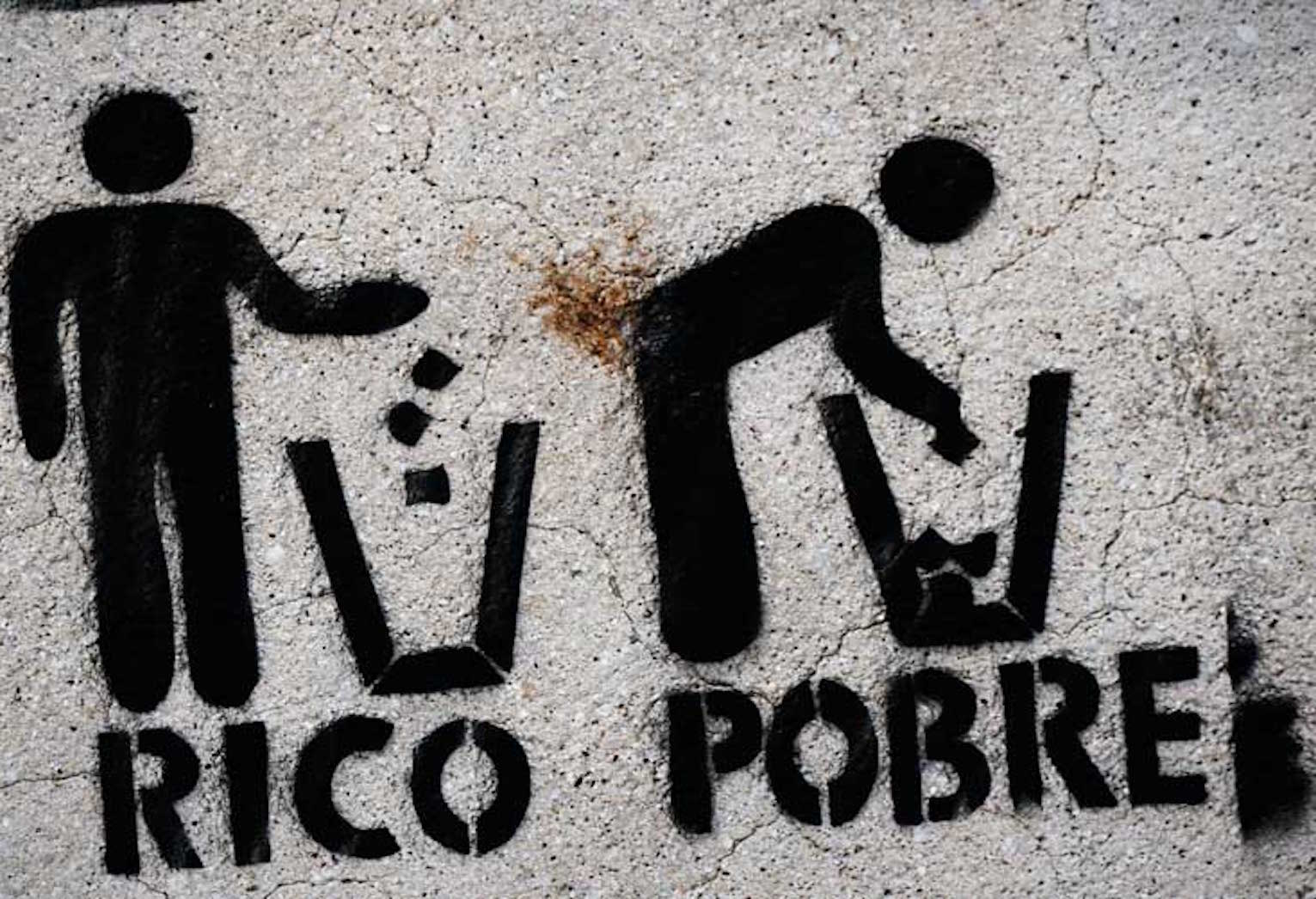 The globe’s richest 1% own half the world’s wealth, according to a new report highlighting the growing gap between the super-rich and everyone else.

The world’s richest people have seen their share of the globe’s total wealth increase from 42.5% at the height of the 2008 financial crisis to 50.1% in 2017, or $140tn (£106tn), according to Credit Suisse’s global wealth report published on Tuesday.

“The share of the top 1% has been on an upward path ever since [the crisis], passing the 2000 level in 2013 and achieving new peaks every year thereafter,” the annual report said. The bank said “global wealth inequality has certainly been high and rising in the post-crisis period”.

The increase in wealth among the already very rich led to the creation of 2.3 million new dollar millionaires over the past year, taking the total to 36 million. “The number of millionaires, which fell in 2008, recovered fast after the financial crisis, and is now nearly three times the 2000 figure,” Credit Suisse said.

These millionaires – who account for 0.7% of the world’s adult population – control 46% of total global wealth that now stands at $280tn.

At the other end of the spectrum, the world’s 3.5 billion poorest adults each have assets of less than $10,000 (£7,600). Collectively these people, who account for 70% of the world’s working age population, account for just 2.7% of global wealth.

23.9m new millionaires have been created since 2000, including 7.9m in europe

Meanwhile at the top of what Credit Suisse calls the “global wealth pyramid”, the 36 million people with at least $1m of wealth are collectively worth $128.7tn. More than two-fifths of the world’s millionaires live in the US, followed by Japan with 7% and the UK with 6%.

Dollar millionaires make up 0.7% of the adult population but hold 46% of global wealth

Most of the new UHNWIs have been created in the US, but 22% come from emerging economies, notably China.

The biggest losers, the report says, are young people who should not expect to become as rich as their parents. “Those with low wealth tend to be disproportionately found among the younger age groups, who have had little chance to accumulate assets,” Urs Rohner, Credit Suisse’s chairman, said. “But we find that millennials face particularly challenging circumstances.”

Rohner, who is paid SFr4m (£3m), said millennials have been dealt a series of blows including high unemployment, tighter mortgage rules, increased income inequality and reduced pensions. “With baby boomers occupying most of the top jobs and much of the housing, millennials are doing less well than their parents at the same age, especially in relation to income, home ownership and other dimensions of well-being assessed in this report.”

He said that millennials are much more educated than their parents. But he added: “We expect only a minority of high achievers and those in high demand sectors such a s technology or finance to effectively overcome the ‘millennial disadvantage’.”

Oxfam said Credit Suisse’s research showed that politicians need to do more to tackle the “huge gulf between the haves and the have-nots”.

“In the UK, the wealthiest 1% have seen their share increase to nearly a quarter of all the country’s wealth, while the poorest half have less than 5%,” Oxfam’s head of advocacy, Katy Chakrabortty, said. “This divide matters hugely at a time when millions of people across the UK face a daily struggle to make ends meet and the numbers living in poverty are the highest for almost 20 years.

“The recent Paradise Papers revelations laid bare one of the main drivers of inequality – tax-dodging by rich individuals and multinationals. Governments should act to tackle extreme inequality that is undermining economies around the world, dividing societies and making it harder than ever for the poorest to improve their lives.

“In the UK, the chancellor should use next week’s budget to prioritise tough action to tackle tax avoidance to help provide funds to fight poverty in both the UK and developing countries.”

Blog: There can be no genuine tax reform without addressing hidden wealth
The recently leaked Paradise Papers underscore the need to crack down on tax dodging instead of passing another giveaway for the wealthy, writes Chuck...
Blog: Uncover the truth that's keeping people in poverty
When companies don’t pay their fair share of tax, it hits the world’s poorest people the hardest – depriving their governments of money that could be...
Article: Global South calls for international body to fight tax havens
Representatives from the Global South have called to strengthen and upgrade the Committee of Experts on International Cooperation on Tax Matters,...
Blog: Convening world conference on tax evasion should be priority for next Secretary-General – UN expert
The newly selected UN Secretary-General António Guterres should convene a world conference on tax avoidance and evasion, the abolition of tax havens and...
Printer-friendly version