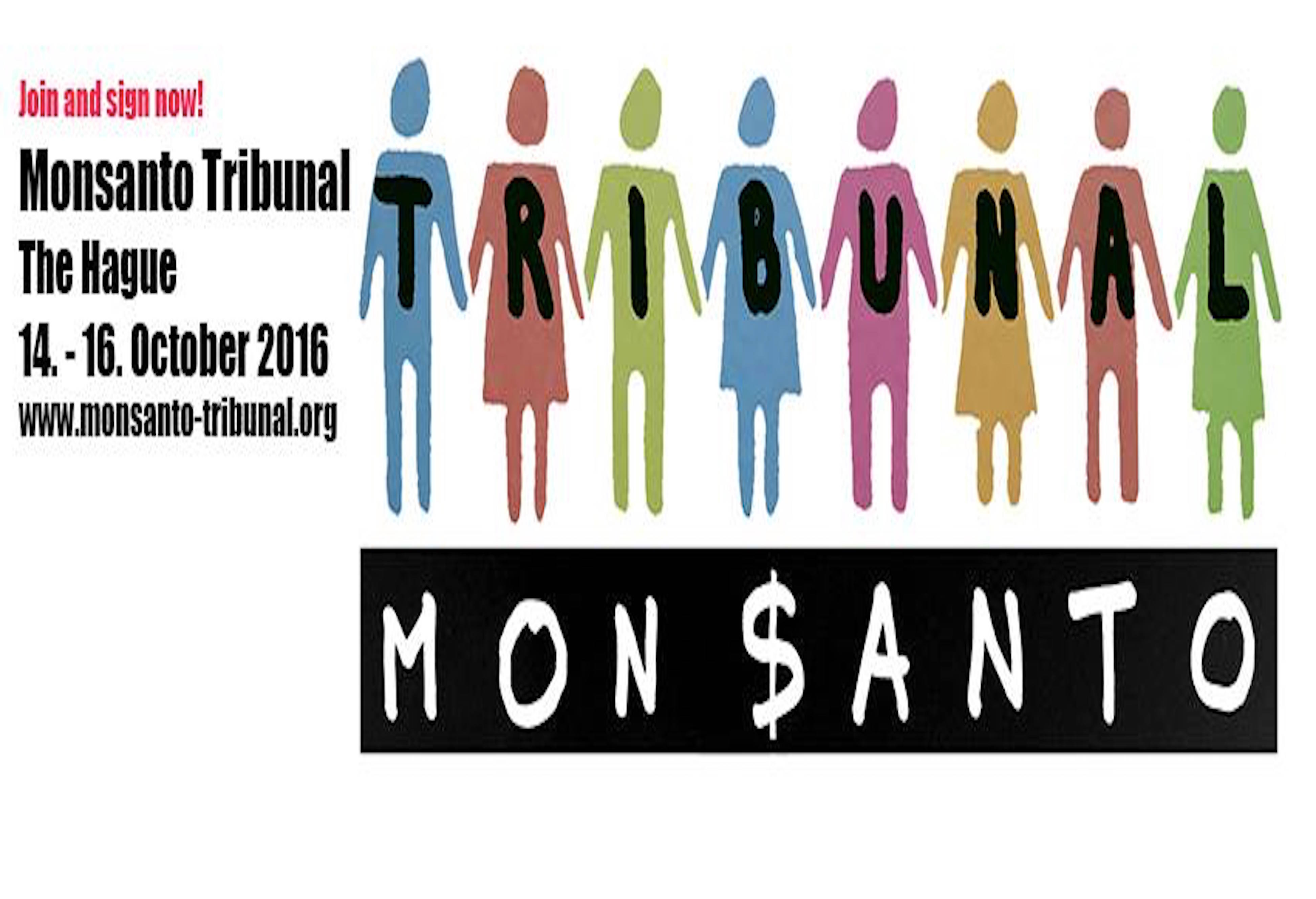 Civil society groups have organised a people’s assembly to hold Monsanto accountable for their crimes against humanity and the environment, and to spell out an alternative vision for the future of food and farming based on reclaiming the commons, earth democracy and agroecology.

Navdanya is co-organizing the Monsanto Tribunal and a People’s Assembly for the future of food, the future of the planet – along with multiple civil society organizations – from 14th  to 16th October 2016 at The Hague. The Monsanto Tribunal will hold Monsanto and co. accountable for their crimes against humanity, human rights violations and ecocide, no matter what name and form they morph into.

In the last century big agribusiness of today with roots in war have poisoned millions of people, destroyed biodiversity, pushed small farmers off their land, and attempted to take over every aspect of our life. The potential of this harm increases as these corporations become fewer and bigger. An example is the recent bid by Bayer to buy Monsanto.

Using free trade neoliberal policies and deregulation of commerce to enlarge their empires, these corporations are attacking life on earth and biodiversity. They have broadened their control over our seed, our food and freedom, robbing us of our human rights and democracy. They have established monopolies and threatened farmers rights to seed and people’s rights to affordable medicine through patents and IPRs.

The People’s Assembly will be a gathering of movements, seed savers, seed defenders, farmers and growers and civilians to address the crimes against nature and against humanity perpetrated by chemical and biotechnology corporations.

While looking at how WTO and Free trade policies introduced patents on seed and promoted the GMO invasion, we will also look at the new free trade agreements like TTIP and TPP. Through the experience of ecocide and genocide of the last century, we will also chart the road to our future based on Seed Freedom and Food Freedom, agroecology and farmers rights, our commons and economies of sharing, rights of nature and earth democracy.

A Century of Ecocide and Genocide

Blog: Corporations running the world used to be science fiction - Now it's a reality
The power of corporations has reached a level never before seen in human history, often dwarfing the power of states. That is why civil society...
Article: Seeds of corporate power vs farmers' rights
The expansion of corporate control in agriculture is reflected in three international treaties that establish the global rights of various stakeholders to...
Article: Moving beyond the corporate vision of sustainability
In light of ongoing global negotiations on pressing environmental issues, it’s time that efforts to curtail the excessive influence of multinational...
Printer-friendly version