The economic crash, ten years on 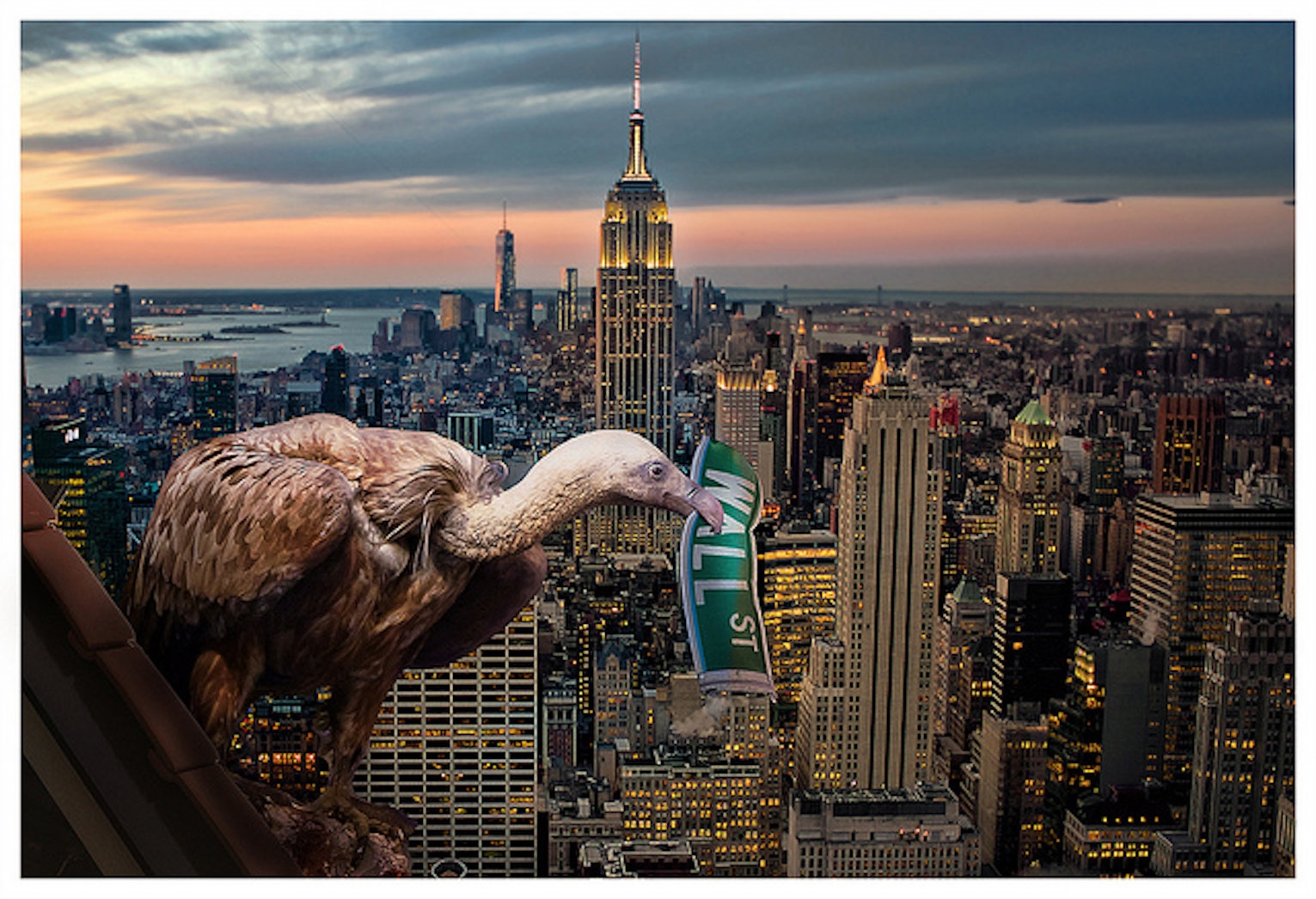 There is still hope of restoring finance to the role of servant to, and not master of, economies and regions. But for that to happen the public must realise that citizens can exercise economic power over global financial markets. The people must lead, so that leaders can follow, writes Ann Pettifor for Red Pepper.

I know exactly where I was on 9 August 2007. A hot summer’s day – ‘debtonation day’. Bankers all over the world had lost their collective nerve and refused to lend to each other. The globally synchronised financial system froze, and began its descent into sustained failure. It then took more than a year, and Lehman’s collapse, before the world understood the gravity of the crisis.

Ten years on, that slow-motion crisis, a prolonged period of disinflation, noflation and deflation, is still playing out. Between 2006 and 2012, the number of people employed in UK manufacturing fell by 14 per cent. Led by George Osborne, UK governments since 2010 have deliberately pursued policies of austerity and aimed for higher, but less secure, employment. The economic pain is reflected in the fall in real UK wages, which are still 6 per cent lower than at the start of the recession. In the East Midlands they’re down 10 per cent. For the self-employed incomes are 22 per cent lower. Of the 34 developed nations that are members of the OECD, the only one that saw weaker wage growth than the UK between 2008 and 2015 was Greece.

On a broader scale, the overhang of both British and global debt, private and public, is now even vaster than before the crisis. The Institute for International Finance – the global bankers’ club – reports that global debt rose by more than $11 trillion in the first nine months of 2016 to more than $217 trillion – 325 per cent of global GDP. In 2007, it was 269 per cent of global income.

Liquidity for the rich

Try as they may, central bankers cannot revive the almost comatose global economy, despite each month pumping something like $200 billion of liquidity, or quantitative easing (QE), into global financial markets. This unprecedented scale of liquidity creation has had virtually no effect on any of the economies in which QE is the main policy tool (Japan, the US and the UK). Nor has QE proved inflationary – despite the alarmist fears of orthodox economists. Instead, un-channelled QE and other central bank operations have re-inflated the value of assets – owned by wealthy elites.

In the real economy, those who do not own and rent out income-earning assets like rental property, bonds (government debt), stocks and shares (that earn dividends) have become poorer, and inequality has rocketed. To raise incomes many have joined the rentier economy by renting out their homes (Airbnb) their cars (Uber, Lyft) or bikes (Deliveroo and other couriers). This is an extraordinary development. Workers invest in the ownership, maintenance and insurance of the capital asset (the home, car or cycle) – while the rentier class based in Silicon Valley, having invested in, borrowed or stolen open source software, almost effortlessly extract rent from the worker and her asset. It is these developments that in my view have led to the dramatic rise in inequality worldwide.

In 2006, I predicted that rising levels of global debt would lead to ‘rising nationalisms’. This is now a feature not just of emerging markets like India, Turkey and the Philippines, but of countries like the US, Russia, Hungary and Poland. The UK vote for Brexit was a nationalist impulse, in my view. What I underestimated was how much the fall, and subsequent publicly-financed rescue, of financialised globalisation would lead to the rise of authoritarians and kleptocrats.

The writer Ben Judah defines the post-crisis period as the golden age of money laundering: ‘Not only can capital now mask itself and disappear without any trace, but gigantic sums of money are now travelling the world in a concealed manner. Little by little, this has made the western financial system hospitable to kleptocrats… The openness of the new century… is in fact rather well suited to the kleptocratic dictator – with a coterie of American lawyers, French bankers, German accountants and British public relations teams in tow.’

So what is to be done? Challenging and dismantling gargantuan financial markets that operate beyond democratic regulatory oversight will not be easy, but it is long overdue. Some believe that the management of financial markets by governments will never be restored. I do not agree. Because of global imbalances, economic and financial tensions could lead to the onset of wars. These could dismantle global financial markets just as the two world wars did.

There is a more peaceful way of restoring finance to the role of servant to, and not master of, economies and regions. For that to happen the public must realise that citizens can exercise economic power over global financial markets. The global ‘House of Finance’ is almost entirely dependent, and indeed largely parasitic, on the public sector. In other words, private finance is largely dependent for its capital gains on taxpayers like you and me.

Commercial banks do not need savings or tax revenues to lend. All they need is to provide finance to viable projects that will generate employment and income in the future – which will repay the loans. The most viable projects today are those needed to protect Britain from climate change. Any government with political spine would have insisted that the banks lend, at low affordable rates, to transformative projects in the real, productive economy where jobs are created, income generated, and society protected. And if shareholders and executives object to such conditions, then politicians should withdraw access to the Bank of England’s QE and low interest rates, and to government guarantees for deposits.

Quantitative easing – the creation of liquidity currently directed only at the financial sector – is only possible because central banks, if not directly publicly owned, are dependent for their legitimacy and money-creation powers, on taxpayers. The Federal Reserve is ultimately backed by US taxpayers. The Bank of England is a nationalised bank, whose authority is derived from Britain’s 31 million-plus taxpayers.

The people must lead

Citizens are clearly angry at the way the perpetrators of the financial crisis have been rewarded, and the poor and middle classes have been required to endure ‘austerity’. But taxpayers have largely watched passively as operators in capital markets have milked central banks of liquidity in the form of QE; as financiers in the shadow banking sector have used and abused public assets for leveraging ever-higher capital gains; as the owners of wealth have borrowed money from central bankers at historically low rates of interest – to acquire more wealth.

Economists such as Thomas Piketty have railed against inequality, but few mainstream economists have argued for measures to end and constrain reckless greed. Regulation could end inequality, stop the looting of public assets and restore balance to economies and societies. Very few politicians have the courage to challenge the finance sector. Not Donald Trump (whose administration is now effectively governed by Wall Street). Not even the movement behind Jeremy Corbyn – where debate focuses instead on taxation and government spending: fiscal policy.

Neither politicians nor mainstream economists will hold the out-of-control finance sector to account until citizens make that case. The people must lead, so that leaders can follow. We must use the powers of taxpayer-backed central banks and finance ministries to demand a transformation of the global financial system. If our demands are ignored, then we must demand the withdrawal of massive subsidies provided to the private finance sector by our publicly-financed and taxpayer-backed institutions.

Nothing less will do if we are serious about creating an economy that works for people and the planet.

Report: Heralding Article 25: A people's strategy for world transformation
After so many years of political inaction only the massed goodwill of ordinary people can bring about an end to poverty in a world of plenty through...
Report: People’s power vs. rising inequality: Demanding change locally, nationally, & globally
As the world’s media showcase Donald Trump and the World Economic Forum, ActionAid urge us to stay focused on the presence of social movements that pose...
Report: Reinventing development: Reforming the UN for people and planet
Transformational changes are needed to make the UN into a body that advances the public interest through democratic governance and commitment to its...
Blog: A shared society has to offer hope, opportunity and social justice not fear, inequality and austerity
A genuinely “Shared Society” requires the redistribution of power, wealth and income. But there is no value in sharing austerity, inequality and hardship...
Printer-friendly version