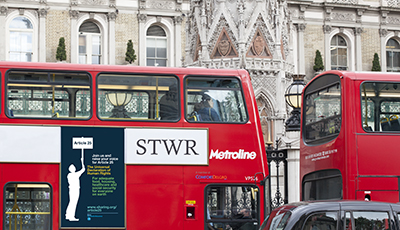 As the concept of sharing slowly begins to grip the public consciousness, there are many questions that arise about the meaning and relevance of this simple concept for political and economic reform. Here is a brief overview of some of the main queries - and misconceptions - that often arise in discussions on economic sharing.

Is economic sharing just a voluntary behaviour or a prescriptive set of economic policies that governments should implement, and can it coexist with free market capitalism? As the concept of sharing continues to emerge as a viable solution to many of the world's interconnected crises, these and similar questions are being raised with increasing frequency. The following answers are intended as a brief and simple response to some of the most common queries about this most basic of human behaviours - the act of sharing. Everyone understands what sharing means on a family and community level, but there are clearly much bigger implications - and hence possible misunderstandings - if sharing is discussed in relation to politics and economics on a national and international level.

Why does STWR advocate for sharing on a global basis?

Essentially, sharing is a simple process that is widely evident in the world around us and familiar to people of all nations. Hence it is not an idea that belongs to any one particular organisation or that applies exclusively to a specific issue. But in a general sense, it is not hard to see how economic sharing can be applied as a solution to a range of urgent global crises that the international community is currently failing to tackle.

The three broad areas that Share The World's Resources (STWR) focuses on in particular are global poverty and growing levels of inequality; climate change and the environmental crisis more broadly; and conflict over natural resources. The nature of these crises vary considerably and so do the range of solutions needed to address them comprehensively. However, it stands to reason that it will ultimately be impossible to address these interlocking issues unless we find ways of sharing wealth, power and resources more equitably and sustainably both within and between countries.

Given the breadth of the reforms needed to address the world's intractable problems, STWR is not calling for a new structural blueprint or a specific set of laws or policies for exactly how the international community should implement economic sharing. The principle of sharing is an extremely versatile concept and we therefore seek to demonstrate the full range of policies that could embody economic sharing on both the national and global level, and explain how these policies could help address global crises. A focus on economic sharing can also help connect progressive campaigners working in diverse fields and in different countries, and it can provide an overarching policy framework for influencing political and economic reform.

Should sharing be implemented voluntarily?

There is an important role that sharing can play on a personal and voluntary level, and there are many examples of voluntary sharing that can be drawn upon (see list further down). But perhaps more importantly, economic sharing also relates to how nations promote social and economic justice and safeguard the environment. For this reason, any economic reforms guided by the principle of sharing need to be driven by governments and agreed on a democratic basis. This of course assumes that we are talking about democratically elected governments adopting such policies as part of their mandate. Our perception at STWR - as informed by the public protests currently unfolding across the world - is that citizens will increasingly call on their governments to share wealth, power and resources more equitably.

Any new economic arrangements based upon the principle of sharing will require representative governments to act democratically and cooperatively in a bid to balance their national interests with the interests of people in all countries, which clearly makes a case for negotiating any such global reforms through the United Nations. Since global governance institutions do not currently work on behalf of humanity as a whole, there is also clearly a need for dramatic overhaul of the United Nations and other intergovernmental bodies (in particular the World Bank, the IMF and the WTO).

Is sharing a new economic ideology?

There remains an overriding tendency of policymakers to see the world through the lens of outmoded economic ideologies, which often leads to the generalisation that sharing is a form of socialism and is therefore anti-capitalist. This common misinterpretation occurs when people think in terms of existing ideological concepts, which only permits a narrow interpretation of what the principle of sharing really means in practice.

In fact, there are many different ways in which the principle of sharing manifests in the world around usand in our daily lives. For example, it is possible to describe sharing in such terms as:

Even these few examples may illustrate how sharing is a natural human behaviour, and it is high time that this simple principle was applied to our economic and political structures in response to basic human needs. But it is not necessary to turn sharing into an ideological construct or conceptual framework that is accompanied by a specific set of policies or procedures. On the contrary, the principle of sharing holds the potential to act as a guide for political and economic reform based on the need to ensure a fair and sustainable distribution of resources, both nationally and globally. Unlike the current model of corporate globalisation that drives the world economy, the concept of economic sharing should not be seen as an alternative ‘one-size-fits-all' approach to trade and development.

Is sharing just another form of socialism or communism?

Economic sharing is very different to the ideology of socialism or the practice of communism in the 20th Century. As outlined above, sharing is a universal principle in the human and natural world that, when related to political systems, cannot be reduced to one specific set of economic policies. Unlike socialism or communism, it is also an inclusive concept that does not preclude the existence of forms of capitalism or other systems of economic organisation. Moreover, sharing is a pragmatic solution to world problems as it must be implemented in response to the grave crises we face as a community of nations. And unlike the existing or past examples of socialism or communism, this means that it must take place within an international context.

These basic points may help to illustrate why the rationale for economic sharing is quite different to the ideological motivations of those adherents of socialist or purely market economics. It is also important to note how economic sharing is being promoted in many existing policy ideas that are not the outcome of a socialist or communist agenda. For example, we can understand sharing as:

It is difficult to argue that the above examples constitute forms of socialism or communism as they are so broad ranging and are all implemented within the existing economic framework.

Is it realistic for people to advocate for economic sharing as a solution to global crises?

It is becoming increasingly apparent that neither pure capitalism nor socialism alone can provide lasting solutions to the world's problems. Humanity urgently needs to move beyond the rather restrictive ideologies of the past and embrace solutions that meet the needs of people in all nations without transgressing environmental limits - and this will be impossible without some degree of economic sharing.

There are numerous examples of how economic sharing is already being advocated as a solution to both national and global crises, even if the concept of sharing is not readily discussed in economic and political terms. These include:

These few examples among others may also underline how sharing is not a radical or socialist idea but is rather a pragmatic solution to some of the world's most urgent problems. They also indicate how the concept of sharing is rapidly gaining relevance in policy circles, and is slowly beginning to grip the mass public consciousness.

Whereas the principle of sharing is clearly not an ideology, the economic model that prioritises the role of markets above all other forms of economic organisation has definitely come to be a powerful and very dominant ideology, particularly amongst economists and policymakers. But as the multiple crises we face make clear, it is also one that has largely failed to address the social, economic, environmental, and resource security needs of the planet as a whole.

There is a strong argument to be made for reigning in markets when they become too powerful and disconnected from everyday lives; when their negative social or environmental impacts outweigh their benefits to society; or when they benefit the few at the expense of the majority. This naturally requires regulation and government intervention in order to rebalance the excessive influence of market forces in society. On a national level, for example, this necessitates a rethinking of the ongoing privatisation of essential goods and services, as well as an urgent shifting away from consumerism and the pursuit of economic growth as the main goal of policymaking. Similarly at the international level, drastic reforms to existing mechanisms of international trade and finance are needed if the poorest people are to be guaranteed access to the essentials of life as a human right. Among other reforms, this also necessitates rolling back the intellectual property rights regime, especially in relation to food and medicine.

Within a society based predominantly on free market economic principles, any such process of sharing or redistribution is likely to seem radical and may cause conflict and opposition from those who stand to lose the most from such changes. From this perspective, there is certainly a friction between policies that embody the principle of sharing and the functioning of free markets. But this friction is largely a consequence of the context within which economic sharing has to take place today, when the viability of our economies and societies hinges on the premise that we need to consume more, make more profit, accumulate more wealth and continually increase GDP. Many who defend the importance of free markets in society might consider interventions such as progressive taxation or other basic forms of economic sharing as being inimical to the purely market-based approach to distributing resources.

If the international community can rethink the basis of our economic systems and move towards a world where wealth, power and resources are shared more equitably and sustainably, there is no reason why market forces cannot continue to play a key role in society, albeit to a far lesser extent than is currently the case. Admittedly, co-creating a world where resources are shared on an international basis is a huge challenge that will constitute a great transition for humanity. The social upheavals and global crises we face are no doubt symptomatic of the difficulties involved in this transition - but they also point towards the growing need and demand for economic sharing in all its forms.

Report: Financing the global sharing economy, part one: the sharing economy
Part 1 of the report Financing the Global Sharing Economy demonstrates how systems that facilitate 'economic sharing' are increasingly being eroded by...
Article: A new economic paradigm: sharing the world’s resources
Share The World's Resources was interviewed on VoiceAmerica talk radio about the reasons for founding the organisation, what economic sharing means, and...
Article: The cry for justice
As the economic crisis worsens, the foremost responsibility of governments is to redesign our political and economic systems so that no-one dies of hunger...
Report: Sharing the world’s resources – an introduction
A sustainable global economy fit for the 21st Century must be based on a new ethical framework that reflects and supports humanity’s interdependence. The...
Printer-friendly version