Christmas and Thanksgiving for the 21st century 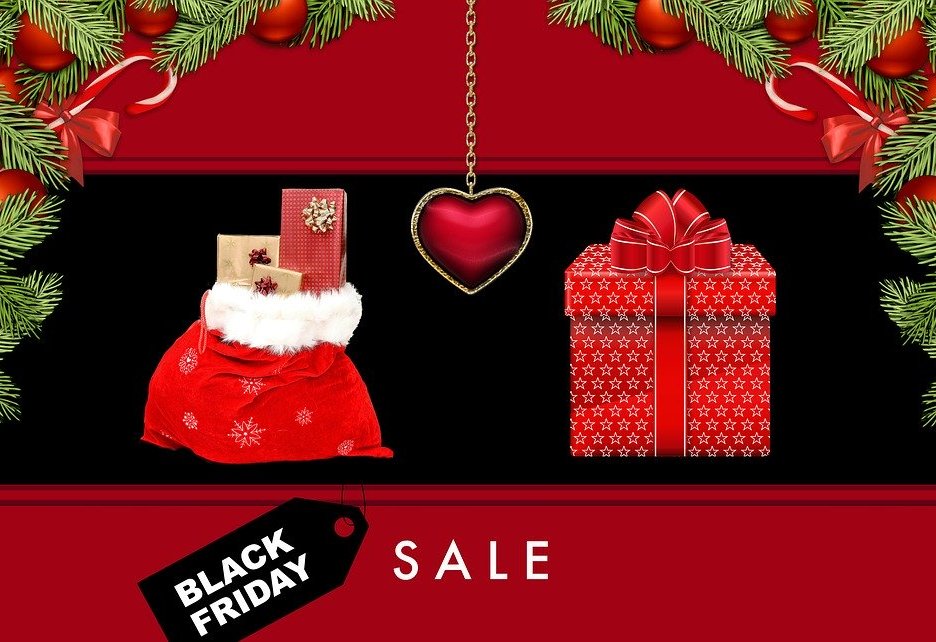 To truly celebrate Christmas and Thanksgiving means opening our hearts to the world’s problems of hunger, poverty, injustice and environmental crisis. If we understand the dire predicament of the societies in which we live, then it must be evident that we, too, are part of the problem, writes Rok Kralj.

Every year in November and December, during the so-called holiday season, we enter into a phase of unbridled consumerism. Although this period is marked by two festive holidays - Thanksgiving and Christmas - we have completely lost their essential messages of generosity and unselfish love. Through the fake glare of consumerism, we have even turned these messages into their opposite. Let’s not deceive ourselves, for in reality we glorify extreme selfishness and gross materialism. And because we live in a globalised world, these collective human tendencies are effectively globalised as well.

"You and I constitute the very system that we blame for the world's problems, which is starkly illustrated at Christmas when we rob our fragile earth on the high streets in the name of Jesus," writes Mohamed Mesbahi in his publication ‘Christmas, the system and I’. Many people rail against a system we call consumerist, neoliberal or capitalist, but as Mesbahi writes "there is no such thing as 'the system' but only you and I in our insular and complacent way of life in which we do almost nothing to change the world situation with each passing day."

We are the system - let's stop being victims!

Finding out there is no ‘system’ outside of us to be blamed for the world situation but that we, together form that system is actually a painful realisation. Because it’s more comfortable to do nothing, instead of wrestling with our habits and little selves that collectedly form the system we so hate. Even when we protest that corrupt politicians are unfairly governing the nation, we are still shifting the blame to someone else and evading individual responsibility for the world in which we live.

But on the other hand, recognising that we actually all form the system (in global, national, economic, business, local and family terms or whatever) can be liberating because we become the ones who can change this system if we really want to. Instead of remaining helpless victims, we become active agents in changing our lives and the state of society for the better. Christmas is a perfect time to face this reality, and recognise how we maintain and nurture the critical problems of our world through our daily activities and habits.

North Americans call this time of year the Christmas holiday season. But in the global village, as we sometimes call today's world, it should really be called the ‘consumer holidays’. This period begins with a particular symbol of modern-day materialism - Singles Day, which is celebrated in China on November 11 (11/11, chosen because the number ‘1’ symbolises an individual who is alone). It was invented by Chinese students who started giving small gifts to themselves or others as a counterweight to the Western Valentine's Day.

But their idea was soon taken over by Chinese online trading giant Alibaba, and in 2018 alone, the company sold $30.8 billion in gifts in just one day. Perhaps the day of singles, in reality, symbolises our loneliness and consumer selfishness, which we experience despite the festive hustle and bustle.

Nearly $1 trillion just in the US

The next major festive holiday is Thanksgiving, celebrated mostly in North America on the fourth Thursday in November, followed by the super-consumer event Black Friday the next day (a day that negative sales numbers written in red turn black, so into profits). This massive shopping event is now typically extended to Cyber ​​Monday. And soon afterwards, it is followed by our two great planetary holidays, Christmas and New Year. In this globalised Christmas holiday season, almost everyone in the Western hemisphere – as well as in the affluent parts of developing countries - celebrates festive days in a totally consumerist fashion. Total retail spending in the US alone was nearly $1 trillion during the 2018 holiday season.

What a burden this is for the environment can only be imagined from the fact that throughout 2018, as many as 87 billion packages were dispatched worldwide because of the rapid growth of online sales (particularly during the festive season, of course). As Mesbahi writes, "How many of us recycle and assert our environmental values, and then say to hell with all our ethics come December 25 – for we must celebrate no matter what the cost."

Commercialisation of the holidays

Let's take a closer look at these two holidays that represent the frantic months of overconsumption and materialism when we waste an immense amount of the world's resources, while at the same time many people suffer from severe material deprivation (at least 820 million people lack that most basic human need - food).

Firstly, Thanksgiving derives from the ancient tradition of countless communities who thanked deities or God for a good harvest, and North Americans, in particular, celebrate the help that Indigenous peoples provided to the first newcomers to the New World. The message of Thanksgiving is gratitude for the abundance that the gods offer to us (or in modern times, appreciation for the abundance our planet provides to us), as well as gratitude for the people who help us in times of need or distress. But today, Thanksgiving is celebrated in a completely different spirit - in the form of an excessive feast (Americans consume as many as 45 million turkeys for that one day), colourful parades and a shopping frenzy, especially on Black Friday and Cyber Monday.

The symbol of Christmas holidays has become Santa Clause. Originally, he is a legendary figure, a 4th-century Greek Christian bishop of Myra, who was famous for his generous gifts to the poor. As Wikipedia notes; "Modern ideas of Santa Clause seemingly became canon after the anonymous publication of the poem A Visit From St. Nicholas." But today's ’omnipresent’ image of Santa was born in the 1930's, when cartoonist Haddon Sundblom depicted him for The Coca-Cola Company's seasonal advertising campaign, and created the modern commercial image of Christmas which is propagated in an infinite number of films, cartoons, commercials, musical hits, posters, etc. Today, Santa Clause has undoubtedly become one of the most recognisable commercial brands, and a symbol of our rampant materialism and headless waste of natural resources (now literally destroying the planet).

Perhaps we should recall the statement of the Archbishop of Argentina, Fabriciano Sigampa, who declared “That’s not Christmas” during a December Mass, insisting that children should not confuse celebrating the birth of Christ “with a fat man dressed in red.”

Holidays of compassion and love

This does not mean that we should end our celebrations of Christmas, “so long as we continue this tradition more humbly and lovingly towards each other and towards the earth," writes Mesbahi. We certainly cannot reach the profound message of the Christmas holidays if we "are only concerned with food, drink, presents and laughter, and the grave problems of the world are disregarded while we do not even mention the words Jesus, poverty or injustice." Native Americans shared their goods and possessions with newcomers, just as we should share our resources with those in need. Thanksgiving and Christmas are much more than feasts, parades, parties, shopping events etc.

To truly celebrate Thanksgiving and Christmas means opening our hearts to the world’s problems of hunger, poverty, injustice and environmental crisis. If we really understand the dire predicament of the societies we live in, then it must be evident that we, too, are part of the problem. In fact, with our excess consumption that peaks at the time of Thanksgiving and Christmas, we are co-creating poverty and injustice.

But we can change our approach to celebrating festive holidays. Mesbahi writes: "Let's use Christmas day as an opportunity to practise right human relations among our family and friends, and demonstrate love in action by serving each other during the brief holiday time we spend together – which will bring us closer to the memory of Jesus than any ritual performed in His name. There is no doubt that this would have a great effect on our children, in particular, and help bring us all to awareness of the Christ's simple teaching."

We take care of others - this is the real gift

The teaching of Christ is fundamentally very simple; it speaks of love, of caring for one another, of compassion and humility. But what does this really mean in the 21st Century? For one thing, it means adopting a way of life which many call voluntary simplicity. And it means taking care of others and the Earth. How? We could visit care homes for the elderly; give to those in need; make and share goods instead of just buying them; plant a tree; walk, cycle or take public transport instead of using cars; demand political and economic justice through petitions, direct actions, protests etc. The options are endless!

And let's not forget justice at a wider political level, especially in the field of international economic policymaking, where most of the injustices, poverty, inequalities and suffering of the modern world are perpetuated in many ways. Let us come together and demand nothing less than the international sharing of basic goods. Or, as Mohammed Mesbahi puts it: "What better way to celebrate the birth of Christ than to unite under the banner of freedom and justice, and to peacefully demonstrate for an end to hunger and poverty across the world."

So, let's celebrate Christmas and Thanksgiving in a different way that commemorates their true meaning of solidarity, love and right human relations!

Further reading: Christmas, the system and I, by Mohammed Sofiane Mesbahi

This article was originally published in Slovenian at Navdihni.me (https://navdihni.me/bozic-in-zahvalni-dan-za-21-stoletje/)

Article: Christmas, the system and I
You and I constitute the very system that we blame for the world’s problems, which is starkly illustrated at Christmas when we rob our fragile earth on...
Article: Commercialisation: the antithesis of sharing
The greatest danger in the world today is not commercialisation per se but our constant identification with its inner and outer manifestation, whereby...
Article: Let’s unite and demonstrate the true meaning of Christmas
The holiday period provides us with a unique opportunity to express the new awareness that must inform a less commercialised and sharing-oriented world....
Report: A proposal for the global sharing of basic goods
The following publication gives an advanced proposal for sharing the world’s resources to alleviate the major crises threatening our civilisation....
Printer-friendly version