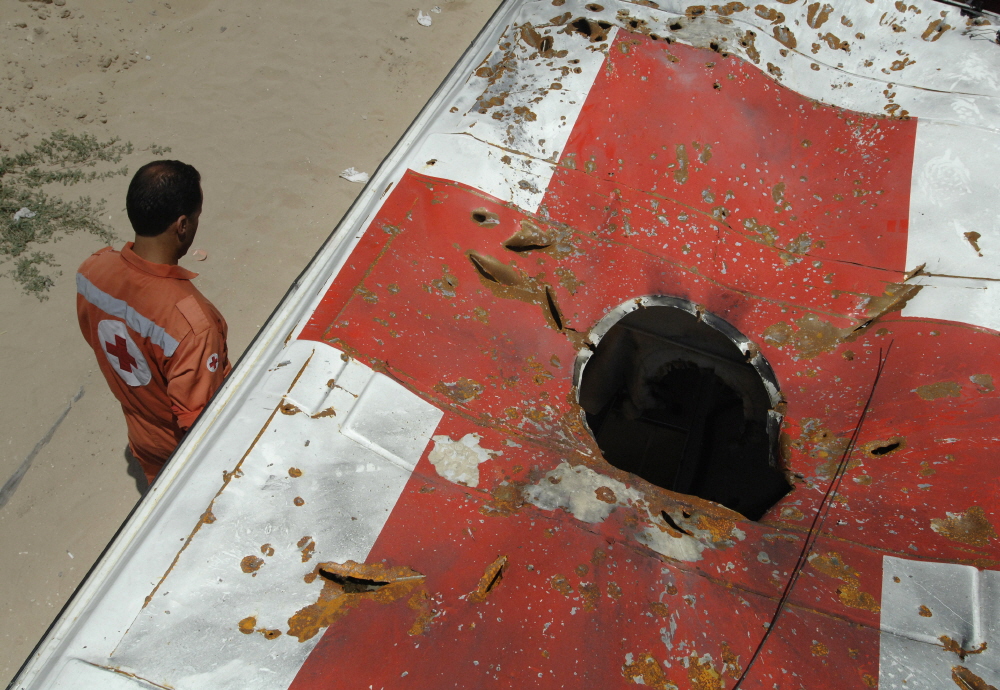 Whether from a moral, humanitarian or purely economic perspective, the number one priority for governments in the 21st century should be the urgent prevention of life-threatening conditions of deprivation across the world.

Every day we fail to act an additional 40,000 people are likely to die from avoidable poverty-related causes, almost all of whom live in low- and middle-income countries. If we are serious about putting the principle of sharing at the heart of our response to global crises, the very first step in this process of world reconstruction must surely be an international programme of emergency relief to end all instances of unnecessary deaths due to hunger or poverty.

Government rhetoric may suggest that a great deal is being done already to help prevent extreme deprivation in less-developed countries, but this is far from the reality. Official Development Assistance (ODA) remains linked to financial restrictions and policy ‘conditionalities’ that dramatically reduce its effectiveness, while most donor countries are still failing to live up to the long-agreed pledge of providing a mere 0.7% of Gross Domestic Product in overseas aid. Furthermore, of the comparatively negligible sums that are transferred from rich to poor countries as aid, few people realise that only a small proportion is used to respond to humanitarian emergencies – as little as 15% of all ODA.

It is high time that the international community considered life-threatening poverty to be a global emergency and treated this preventable crisis accordingly. For every person who dies in an emergency such as a natural disaster or conflict, 200 people die from poverty-related causes. Should governments not therefore broaden their conception of what a humanitarian crisis entails, and put arrangements in place at the international level to ensure that people suffering from acute economic deprivation at least have access to the minimum requirements – water, sanitation, food, nutrition, shelter and healthcare – to satisfy their basic right to life and dignity (in accordance with long-agreed international human rights declarations and conventions)?

The structural causes of poverty are complex and political in nature, and addressing them will necessitate far-reaching changes to the policies and institutions that govern the global economy. In the longer term, the responsibility for poverty reduction and development rests with national governments who need to build strong public sectors and redistributive tax systems, and overseas aid should not be a substitute for domestic resource mobilisation. But the least developed countries cannot afford to wait for these structural changes to take place while millions of people are facing a condition of life-threatening poverty. The global community of nations urgently need to take a much bolder step towards saving lives and ending extreme deprivation today – and regardless of the excuses given by world leaders, doing so is eminently practical and affordable.

As STWR’s report Financing the Global Sharing Economy outlines, there are many progressive policy options that could enable governments to rapidly mobilise several trillions of dollars to help mitigate the worst effects of poverty and hunger in the most deprived regions of the world. The institutional structures, capacity and expertise needed to utilise these additional financial resources for essential human needs is already in place, including many UN organisations, thousands of NGOs and numerous humanitarian agencies that are often critically underfunded.

There is no reason why an inter-governmental emergency programme cannot be launched to provide basic necessities for the world’s impoverished as a leading international priority. With sufficient support from UN Member States, such an unprecedented global action plan could be initiated through the UN General Assembly in a relatively short space of time. Moreover, the necessary redistribution of financial resources on an international scale could be organised within the existing political and economic framework, and independent of overseas aid budgets.

Relief efforts could also be coordinated on the basis of universal need, within rich OECD countries as well as less developed nations, even if the inevitable focus is on the poverty belts and urban centres within the Global South. Similarly, any government could provide financial or additional strategic resources to the programme, including military personnel to assist humanitarian agencies in distributing food and providing equipment or technical assistance.

An international aid effort of this nature would clearly not be a comprehensive solution to ending hunger and poverty, but it could provide a lifeline for the millions of people who subsist without any form of welfare provision, suitable health or working conditions, or adequate purchasing power to meet their basic needs. The necessary political will to implement such a strategy of global economic sharing was sadly lacking in the early 1980s when governments considered the Brandt Commission’s proposals for ‘massive transfers’ of funds to the world's poorest regions, but the scale of the humanitarian crisis is even greater today. If governments and civil society are ever to end this moral outrage, we cannot afford the same level of political and public complacency to continue.

Report: Financing the global sharing economy, part one: the sharing economy
Part 1 of the report Financing the Global Sharing Economy demonstrates how systems that facilitate 'economic sharing' are increasingly being eroded by...
Article: The silent humanitarian crises beyond East Africa
The international response to the East African crisis is far short of urgent needs, yet the extreme deprivation being reported is only the tip of the...
Article: One world, one wealth?
In a presentation given at the School of Economic Science’s annual colloquium, STWR outlined why the principle of sharing – as practiced in families and...
Article: G20 on track to fail the world’s poor
The financial crisis presents a rare opportunity to build a system of international finance that works in the true interest of the global public, but the...
Article: Two discourses on sharing: social policy and the commons
The following article is based on a talk given at the 11th international conference of the Globalisation for the Common Good (GCGI), held at the Cité...
Printer-friendly version